Spatchcock chicken is a concept with which many people will be familiar but will perhaps not know what the dish is actually called. It is simply where the backbone is cut out of the bird before it is flattened out to be cooked either outdoors on the grill or indoors in the oven. It is a great way of getting a chicken to cook more evenly on the grill and allows you to pack a great deal more flavor in to it as it cooks as you have more surface area to rub with marinade and more of it will come in to direct contact with the heat. The Mexican fajitas spice in this recipe could be replaced by anything from Indian curry powder to Chinese 5 spice, or alternatively virtually any spice mix of your choosing.

It's important to make sure the chicken is cooked from room temperature and not straight from the fridge. It will take a minimum half hour out of the fridge to reach room temperature.Start your oven preheating to 400F/200C/Gas Mark 6.

Pygostyle and leg tips are cut from chicken

You could use a large sharp knife to prepare the chicken but I find it much easier to use a Chinese style cleaver. Start by chopping off the pygostyle. This is the small knobbly protrusion at the tail end which is commonly known as the parson's nose or the pope's nose. If the bony leg ends are still attached to the carcass, also chop them off and discard.

Backbone is removed from chicken 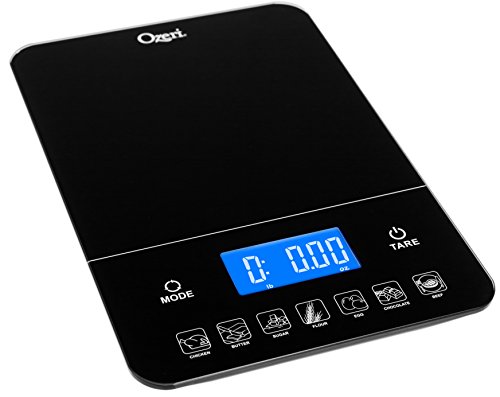 Ozeri Touch III 22 lbs (10 kg) Digital Kitchen Scale with Calorie Counter, in Black Tempered Glass Amazon Price: $59.99 $29.95 Buy Now(price as of Jan 31, 2016)
Kitchen scales are incredibly useful in a great many different ways, from roasting chickens to baking cakes and pastries. If you don't have a set, it is possible to pick up a real bargain on Amazon and get many years' productive use from your purchase.

Cut the tops off the two chilies and discard before slicing in to discs. Peel the red onion, cut it in half down through the middle and then slice each half across the way. Add to a large bowl along with the bell pepper slices. Drizzle with oil and season with salt, black pepper and around a third of the fajitas spice. Stir well with a wooden spoon before arranging in the form of a bed for the chicken in the bottom of a large roasting tray.

Seasoned and spiced spatchcock chicken is ready for roasting

Lift the chicken on to the prepared bed, skin and flesh side up. Scatter over the remainder of the fajitas spice as well as some salt and use your hands to gently spread it evenly over the skin, lightly massaging it in. Note that where time permits, dry marinating the chicken for an hour after rubbing is an option that will help further enhance the flavor.

Spatchcock chicken removed from oven at end of roasting period

When the oven is preheated, put the tray in to it for the allotted cooking time. If you haven't been able to calculate a time, you'll have to give it your best estimate for an initial period of cooking before you check its progress. When you judge it should be ready, remove the tray from the oven and pierce the thickest part of the bird's thigh with a metal skewer. Ensure the juices run perfectly clear and that no traces of red or even pink remain. If in any doubt, cook for ten more minutes and test again. When you are happy the chicken is fully cooked, cover the tray with foil and set it aside to rest for twenty minutes.

The whole legs fall off the rested chicken at a touch

The bird can be portioned and served any way you choose but I elected to serve this chicken in semi rustic form, to be eaten by hand. The legs and wings will virtually fall off at a touch and you shouldn't need to use a knife at this stage at all. Had this chicken been bigger, I would have separated the drumsticks and thighs. Lift the leg portions and wings to a holding plate. The main body of the bird should then be moved to a chopping board. Starting immediately to one side of the breast (central) bone, slice slowly down and subsequently at an angle over the ribs, following the natural bone structure all the time, to remove the first breast fillet. Do exactly the same on the other side of the breastbone to remove the second fillet. Slice each fillet across the grain in to two or three pieces.

This deep oval serving dish was perfect for incorporating the chicken pieces in one half and the potato chips in the other but any large enough plate can be used. The chopped cilantro should then be scattered over the top as a final simple but attractive garnish.