Inherent to every United States' military uniform dress requirements are a set of branch specific, pre-determined and designed, military ribbons for bold wear and presentation. While the emergence of each particular ribbon is emblazoned with great tradition, government or presidential authorization is typically the final requirement before brave men and women can adorn these military ribbons with utmost pride and servant hood. Unfortunately, some of the higher military decorations, like the ever-coveted Medal of Honor, are oftentimes met posthumously, and are awarded gallantly to the families of the deceased.While military ribbons do hold a deep-founded traditional element in a variety of militaristic countries, I am actually most familiar with the many authorized United States' military awards and decorations, and this article will convey that fact. If you are ever interested in seeing a complete layout, and presentation, of all United States' military service ribbons, a variety of my other Info Barrel articles speak specifically about the value of free, online, military ribbon rack building services that many servicemen, and women, have become extremely accustom

ed to using. Not only can you purchase a completely assembled military ribbons rack from these particular companies, but these free services do also allow the checked off awards to be assembled in an order of precedence that can serve as an awesome guideline for anyone who is hoping to assemble their own military ribbons rack for either themselves or in remembrance of a loved one's service.For those who are interested in seeking out the history of their loved one's military service, you may be able to obtain a copy of their DD form 214, which is a military document form that details specifically what military ribbons and military medals your loved one has earned as a result of their proud service to our country in times of both war and peace. As I found out through the researching of my own grandfather's military service, he was bestowed some of the highest military honors during his service in France, and Germany, under the 101st Airborne Division, as a draftee in World War II. His role as a lower enlisted, heavy machine gunner, elicited some of the most amazing stories of pride, bravery and heroisms that seemed only reserved for a placement on the History channel. I knew that his stories all scratched the surface, however.Unfortunately, yet expectedly, he spoke rarely of the events he experienced and endured, as he simply left to do his duty, only to return and quietly assimilate back into an oftentimes scary society that had evolved significantly in the 3 years that he was away fighting for his country. While this was completely understandable, I was too young, and self-centered, to think to ask him about his service, and accompanying military ribbons, awards, medals, and decorations, at the time. Sadly, his military service remained a great mystery to me, for the longest time, which was concealed behind always vague, and brief, stories that my Grandmother would share after his passing away when I was only four years old.It wasn't until I became fully entrenched in the assembly of my own military ribbons rack that my curiosity began to peak regarding the great mystery surrounding his proud military service. As I researched mor

e and more, an even greater sense of familial generational pride came over me, as a current American soldier who had followed in the footsteps of my grandfather's courageous and heroic acts under intense stress and continual threat of death and enemy fire.The military ribbons and military medals that he was awarded were earned, yet they were simply set away for storage, after highly traumatic events had stolen many close confidants and friends. Even still, his dignity and manhood were left in check, as I could clearly remember this war-hardened soldier nestling both my cousin and I under his arms, as both our bottles rested comfortably on his protruding pot belly. Along with his hard-earned military ribbons, my grandfather had exemplified courage and servant hood, and had earned the right to relax. In his remaining days, while my parents were tied so closely to corporate America in order to make ends meet, I can still remember him caring for me in much the same way that he did for the brotherhood of battle buddies, and friends, that he had established while serving in the war torn countries of France and Germany during World War II.Having a free military ribbons rack builder service at my disposal, especially when my curiosity peaked about my grandfather's military ribbons, awards, decorations, military medals and patches, greatly served to help familiarize myself also with the criteria required for the earning of such time-valued honors. While I have become familiar with my own military ribbons, after service in a variety of overseas locales like Afghanistan, Uzbekistan, and Turkey, it was r

eally quite refreshing to be able to delve into the history underlying the mystery that was my Grandfather's service, at least to me. With utmost pride, as I gazed past the elaborate ribbons on my own chest, my U.S. Army officer commissioning speech wouldn't have been quite the same without the inclusion of a grandfather who fully embodied loyalty, duty, and selfless service to both country and family.With that said, underlying each of the many possibly earned military ribbons and military medals are elaborate stories of courage, bravery and triumph. Unfortunately, like my grandfather, past American veterans may be oftentimes reluctant to share these stories because of the deep-founded traumatic feelings that they may occasionally elicit. These feelings are completely understandable, especially when one conside

rs the emotions experienced when a base comes under attack or when a soldier holds a dying friend nestled in their own arms. When asked about my own service, it's hard not to direct the conversation towards great men like my grandfather who served during, what I would deem, a much more trying and difficult time in our country's history. While I don't mean to devalue our country's current role in both Iraq and Afghanistan, the human toll of wars like World War II, that my grandfather fought in, are truly monumental, in that respect, in comparison. As many of these men and women now rest in peace, it does help to reflect on their achievements as evidenced by their valorous service and prestigious military ribbons, military medals, and various other service branch specific military awards and decorations.

Tools I Use for InfoBarrel: Market Samurai Keyword Tool, My 6-Book InfoBarrel Success Course, and more to come soon.... 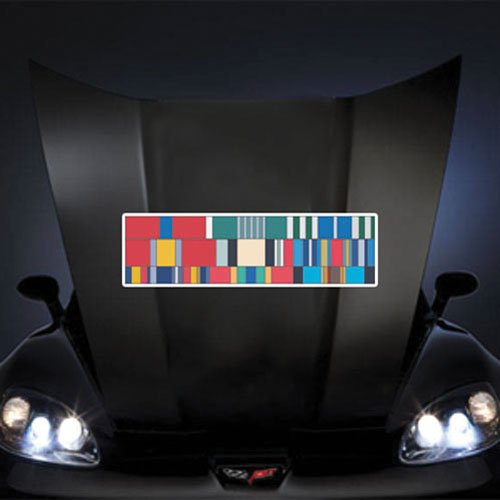 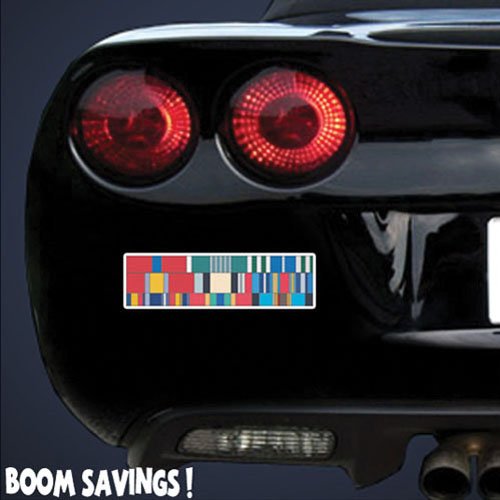