Get Hugo cheaply from Amazon, or read more articles on film and television.
InfoBarrel is a writing platform for non-fiction, reference-based, informative content. Opinions expressed by InfoBarrel writers are their own.
InfoBarrel > Entertainment > Film > Movies

Certificate U, 126 minutesDirector: Martin ScorseseStars: Asa Butterfield, Chloë Grace Moretz and Ben KingsleyHugo is available in both 2D and 3D versions, and was the first 3D film made by Martin Scorsese; the 2D was the one watched.The title character of the film, Hugo Cabret (Asa Butterfield, Ender's Game) lives inside the walls of a Paris train station in the early 1930s. His Uncle Claude (Ray Winstone, The Sweeney) took him there to live as his apprentice after Hugo's unnamed father, Jude Law (Contagion, Side Effects), dies. After his uncle disappears, Hugo stays on doing Claude's job of winding and maintaining the clocks in the station, whilst trying to avoid the attentions of the Station Inspector (Sacha Baron Cohen, Grimsby) who will send him to an orphanage if he catches him. The only remnant Hugo has of his former life is a broken automaton that his father discovered in the museum where he worked, which they were repairing together.

Credit: http://en.wikipedia.org/wiki/File:Hugo_Poster.jpgAn automaton is a self-operating machine. Many of these were produced in the late 19th and early 20th centuries, although they had been made since ancient times. The one that Hugo's father discovered was a clockwork mechanism roughly in the shape of a boy. In order to repair the machine, Hugo needed more parts. It was through getting these parts that he meets Georges Méliès (Ben Kinglsey, Iron Man 3, Night at the Museum: Secret of the Tomb) who runs a toyshop in the station, and Isabelle (Chloë Grace Moretz, Dark Shadows, Kick-Ass 2, The Equalizer) who lives with her godfather, who is Georges Méliès, and his wife Jeanne (Helen McCrory). A key that Isabelle wears fits the automaton that Hugo's father discovered.Isabelle is an unusual child; she is very fond of reading, getting a lot of books from Monsieur Labisse (Christopher Lee, Season of the Witch, The Hobbit: An Unexpected Journey, The Hobbit: The Battle of the Five Armies), a bookseller in the station. She is fond of secrets and is looking for an adventure, and not just the ones she reads about. Hugo revolves around the attempts by Hugo and Isabelle to repair the automaton, and then to discover where it came from, given that Isabelle has the key that winds it up. This leads to them looking into Georges' past; a past that he had tried to forget as it brought him heartache.Although the film is set in Paris, most of the cast don't speak with anything approximating a French accent, with the exception of Sacha Baron Cohen's character of the unnamed Station Inspector. Quite what accent he speaks with is difficult to determine - it seems to owe more to Inspector Clouseau than anything else.Overall, Hugo is a nice, family film which is at least somewhat based on a true story. Georges Méliès was a real person, and much of the references to his past life are correct, as was his occupation as a toy salesman in a train station (Montparnasse in Paris) at the time the film is set. Some license was made in both the film and the book on which it is based, The Invention of Hugo Cabret by Brian Selznick.Hugo is not at all what you might expect from Scorsese going by his often violent and gangster themed films such as Goodfellas or the more recent The Departed. 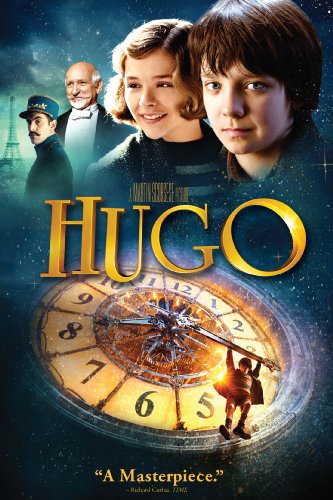