When one thinks about supercars, Italy usually comes to mind. Some of the most commonly known Italian automotive manufacturers are Ferrari, Maserati, Lamborghini, and Alfa Romeo. The majority of these companies have designers and owners who are of Italian descent. Surprisingly, there is another Italian auto manufacturer whose founder is not Italian, on top of that he is not even European.

This man is Horacio Pagani and he was born in Casilda, Argentina on November 10, 1955. From an early age he enjoyed making cars using balsa wood. He had a passion for automobiles and dreamed of building his own automobile one day. In 1983, he moved to Italy in order to pursue his dream of building a supercar. By the age of 20, Pagani had already designed a F3 racer. Eventually he moved up the ranks in the automotive industry and took a job as chief engineer for Lamborghini. While employed there he would later design the Countach Evoluzione concept.

While at Lamborghini, Pagani tried to convince the company to construct their own autoclave. Lamborghini executives responded to Pagani by telling him that an autoclave was not necessary because other Italian auto manufacturers never used one, therefore, Lamborghini did not have to use one either. Pagani decided to borrow money in 1987 and customized his very own autoclave. By 1992, he formed a company called Pagani Automobili Modena.

Pagani Automobili Modena was his only tool which enabled him to design and construct his own vehicles. After a grueling seven years of research and development, Pagani finally showed his new vehicle to the world. The vehicle was named the Pagani Zonda and it debuted in 1999. Since some of the Zonda's original designing and engineering was created by Juan Manuel Fangio, the vehicle was supposed to be named the “Fangio F1”. It was later renamed after an air current which travels above Argentina, the Zonda wind.[1]

The vehicle is powered by a V12 Mercedes-Benz AMG engine, which produces around 390 horsepower and does the 0-100 m.p.h. in less than 9.5 seconds. Over the years, other models of the Zonda were introduced onto the market. Some of these vehicles can reach up to 800 horsepower. Many Zondas have parts which are manufactured by companies such as Mercedes-Benz, Bosch, and Brembo.

There is no doubt that Pagani has manufactured some of the greatest vehicles that mankind has ever seen, and on top of that they can go head-to-head with any other supercar. In some cases, Paganis can go for over $1 million. In 2003, Pagani was even selected to join the 24 Hours of Les Mans, unfortunately the vehicle's gear box failed shortly in the race, which resulted in its retirement.

Pagani had the passion and diligence to show the world that not only Europeans can build supercars, but anyone who puts their mind to it can. 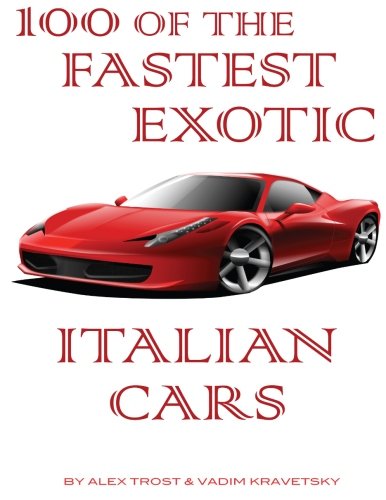