Past Regrets: How to Let Go

Regrets are a natural part of life. We all have them; we all dread them, and yet can’t seem to let them go. Regrets do more than distract us from our daily tasks. In fact, studies have shown that they can have a damaging effect on our mental health through repetitive patterns of self-blame, negative thinking, and stress over past events that cannot be changed, all of which are connected to anxiety and depression.

Thinking about the past logically rather than emotionally and trying to not overthink the future is the key to letting go. More specifically, you need to

3) Try to make amends or fix the problem at hand.

4) Live in the present, not the past or the future.

Is your regrettable event actually a misrepresented reasonable decision?

The consequences of our actions are difficult to predict. Perhaps if one contemplates their moves for hours, attempting to map out every possible consequence, they would be able to avoid having regrets. But, who among us truly does this? I am guessing not many. We act the way we do because our knowledge of the future is limited; we may only have regrets later due to the future becoming clear. Do not judge or beat yourself up for past mistakes depending on your current knowledge of the outcome, but of what you knew at the time. Without performing the action, you may even have found yourself regretting not taking a chance.

During my first semester of University, for example, I did not know what I wanted to major in. I was very interested in Biology, so I pursued a very challenging foundation science course that was far beyond my capabilities. For months before my decision, I went back and forth trying to decide whether I should take this course or not. I only took it, because I knew I owed myself the chance to find out whether I had what it takes to become a scientist or not. After months of not being able to keep up, I barely passed the course and my self-confidence was completely diminished. Afterwards, I changed my major altogether, but the effects that course had on my mental health stayed with me. I beat myself up for months asking how I could’ve been so stupid as to waste my health, time, and effort on that course when I could’ve chosen another one.

It took me months to finally recognize that I had, in fact, not been to blame for my actions. But, if I had stopped to recall the fact that I felt unsure about my major at the time, I would’ve come to that conclusion sooner, as opposed to wasting more time dwelling on the past. Had I known how challenging the course is, I would’ve be justified in blaming myself. But, how could I have possibly known that without giving it a shot? Had I not taken the leap into the unknown that we all need to take at many points in our lives, I would’ve been left to wonder what my life would’ve been like had I taken it. Just like you can't blame a baby for not being able to walk, you cannot blame yourself for not being able to assess the consequences of an action before seeing it through.

What Impact did the regrettable event truly have on your life?

Before you start stressing about that meeting you missed or that opportunity that you didn't take advantage of, ask yourself what happened as a result. After evaluating what has occurred, identify its true impact on your life. What it really that drastic? Did you lose your job as a result? or merely had a falling out with a colleague which is small in comparison? Did you cause serious harm to an individual? Or unintentionally offended them because you didn't know better?

In that same science course, I missed a midterm because my alarm did not go off on the day of the exam. I started to panic, thinking I had failed the course and will lose my scholarship, having to drop out of New York University and enroll in another institution, where my low GPA will diminish any chance of me getting a fine scholarship, all because an alarm did not go off. Okay. Now, let's back up. The moment I woke up that day, all I knew for sure was that I missed the midterm. All my panicked thoughts about what would happen as a result are just assumptions that I was not sure would occur at all. In fact, when I think about that day, now, I realize that jumping to conclusions was the main reason I considered the event a regret in the first place. You need to avoid jumping to conclusions when thinking about an event, instead look at what actually occurred.

How can you deal with the negative results of the regrettable event?

After a brief talk with my professor, he allowed me to sit for a make-up test. My thoughts did not really have reasonable basis, because all I feared would occur did not. What if, however, that the professor was not budging. It is not the end of the world. I could’ve chosen to put more effort into my studies in all subjects to make up for missing the midterm or withdraw from the class altogether. If I still could not manage to obtain the required GPA for my scholarship, I could’ve taken out a loan or gotten a job. It is not optimal and requires effort, but it is not impossible, either.

Whatever the results of the event are, there is always a fix. The key is to find a way to solve the problem as opposed to dwelling too much on it. You can't change what happened; you can only look forward. Take a deep breath and keep reminding yourself that you are doing the best you can with the circumstances at hand and that you can always learn from your mistakes and strive to do better in the future.

Rather than overthinking the past or worrying about the future, try to live in the moment. After all, the past is unchangeable and the future is uncertain, so there is no use concerning yourself with either one. Eckhart Tolle describes the struggles having regrets in his famous book ‘The Power of Now’. he states that “The Compulsive thinker, which means almost everyone, lives in a state of apparent separateness, in an insanely complex world of continuous problems and conflict”. As he claims, inner peace and happiness can only be achieved when you free yourself of these negative thoughts of the mind, including regrets, and focus on the here and now. 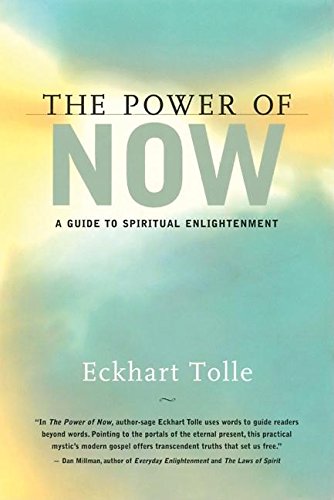