Sedos, a London-based amateur theatre company, presents the musical Pippin from 9th to 19th May 2018 at the Bridewell Theatre.

Pippin, a young ambitious prince, searches for adventure and fulfilment. He sets out to change a world where war, sex and seedy politics are the norm. Nothing is ever simple and he fails on all accounts.

Based on Roger O. Hirson’s book, with music and lyrics by four-time Grammy and three-time Oscar winner Stephen Schwartz, Pippin’s lively score will have you humming for days to come!

Sedos’s production is a wonderful piece of theatre. Breathtaking choreography, the outstanding talents of chorus, principals and band combined with imaginative costumes and minimalist but highly effective set design, give us a night to remember!

Members of the Creative Team Speak Exclusively to Infobarrel

Members of the creative team, Chris Adams, Sophie Wright and Paul Brookland Williams (Director, Musical Director and Choreographer respectively) spoke about their dreams for this show.

Infobarrel: Chris, please tell readers a bit about your background.

Chris Adams: My 'real life' job is in theatre marketing, but every couple of years I get the urge to step away from my desk and work on a show in a directing capacity! We are very lucky in London to have very professional-level amateur companies who really do throw everything into staging brilliant shows, and Sedos is no exception. It's a fun, social way to be creative and meet new people.

Infobarrel: What are the main production challenges in this show?

Chris Adams: A big challenge was coming up with a sort of framework to set the show within - Pippin is deliberately not set in a particular time and place so different directors can do completely different things with it. So it was tricky to find a unique angle for the show, but we're really pleased with where we've landed and hope that audiences like it too.

Infobarrel: What specific qualities were you looking for at the auditions?

Chris Adams: We wanted a company that would be up for jumping in and really exploring the show and what it all means, as well as being very talented and fun to work with, obviously! There are some great parts in the show so we wanted performers with great comic timing, brilliant singing voices and the ability to pick up the choreography quickly. People have a lot of misconceptions about the show so it has been fun working with the company to create this entirely new version.

Infobarrel: Is Pippin comparable to previous shows you’ve directed and if so, how has previous experience influenced this production?

Chris Adams: I've totally fallen in love with this show since we started working on it. Like a lot of people, I'd never seen it and only knew a few things about it and heard a few of the songs. I love it because on the surface it's funny and camp. It is actually very layered and quite dark and twisted. I really enjoy working on shows that aren't quite what they seem, and which allow you to put your own stamp on them. I've directed a few shows but this is definitely one of the strangest! 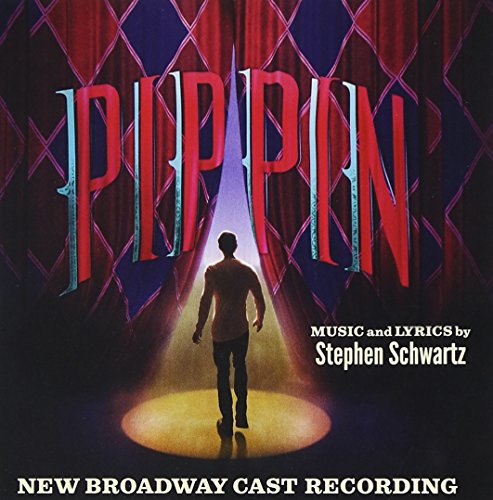 Infobarrel: When you held the auditions for this show, were you looking for any particular vocal qualities?

Infobarrel: Your previous MD credits include 9-5 The Musical.  What are the main similarities and differences in your approach to Pippin.

Sophie Wright: Emotion in musicals is portrayed through harmonies so as with any show we have worked hard to get them right. Pippin has a wider range of musical styles than 9 to 5 so it was important for the cast to understand why they were being used and how to get them right.

Infobarrel: Rehearsals for any production are hard work but a lot of fun and you create a bank of great memories. What is your favourite thing about music rehearsals at Sedos?

Sophie Wright: I have enjoyed the collaborative sessions I have had with the cast. They have had plenty of questions, have made suggestions on how they think songs should sound and have generally provided a great deal of enthusiasm and support while we all got to grips with this fantastic score.

Infobarrel: I believe you have wanted to choreograph this show for many years. What makes it so special for you?

Paul Brookland Williams: This was the first show I saw at 12 years old (on VHS) that featured Bob Fosse’s choreography. I had just started dancing and it really made an impression on me. I feel like it was this one experience that made we want to become a dancer. This show has been with me my whole life.

Infobarrel: What are the main challenges of this production from a dance/movement point of view?

Paul Brookland Williams: For people that know the show they will be coming expecting Fosse’s choreography. But I wanted to make it more modern and relevant to today’s audience. I hope I have managed to find a balance between what people will want and expect, but still make it unexpected and new.

Infobarrel: All productions have their special moments, humorous, disastrous, or best of all, successful. What is it about this show that will stay with you forever?

Paul Brookland Williams: I know most production teams say this, but for me the cast have been amazing! I have given them some very different, uncomfortable and challenging choreography and they completely threw themselves into it, without complaining or asking to make it easier. As a Choreographer, that's the best wish you could ask for.

Latest News - Hot off the Press!

Announced just this week - Sedos has received no less than five NODA district awards. Massive congratulations to all those involved in the successful shows - The Drowsy Chaperone, The Nether and Frankenstein. But, I’m not at all surprised. The standard of Sedos shows has always been extremely good. Why waste money on professional theatre when you can enjoy such high-calibre performances from outstanding companies like Sedos? If you're unlucky enough to miss this show then do look out for future productions including:

Get Directions14 Bride Ln, Fleet St, London EC4Y 8EQ, UK
Next >> Learn to Love Classical Music. Find Out What Amazing Songs You May Have Been Missing!