Calder Valley Tutors offer private tuition in the heart of Calderdale.
InfoBarrel is a writing platform for non-fiction, reference-based, informative content. Opinions expressed by InfoBarrel writers are their own.
InfoBarrel > Technology > Science

Top 10 weirdest studies in the Quantum Mechanics of the brain. 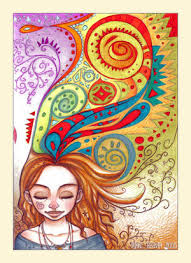 Those boffins have been at it again. Wedding two seemingly disparate disciplines and creating a monstrous hybrid of ungodly origins, the chimera of quantum neuroscience is primed and ready to reveal the subatomic workings of the brain. But don't despair, if quantum entangled neurons have their day your despair will be another persons joy. Now doesn't that make you feel better... (Oh yeah, but feel better and your joy will be another persons despair. What a can of worms.)

So, let's jump down the rabbit hole and through the quantum tunnel, and take a peek at the 10 weirdest research projects of this woefully neglected field.

No 10: The Quantum Field Theory of Mind.

What we have here is simply a theory of faster than light consciousness which helps to explain why your keys go missing only to reappear in the place you first looked.

Drawing on the theories of Jung, Einstein, Feynman and no end of other serious minded folk, and including some stuff on Kabbala for added punch, this area of study is dominated by the very resolute Fred Alan Wolf, (PhD in theoretical physics awarded 1963 from UCLA),  who suggests in his recent research paper,

"mind appears to be a tachyonic (faster-than-light) and therefore atemporal field embedded throughout space-time which came into existence along with matter  starting with the big bang and continuing to present day, in what makes up for the sought for Higgs field in particle physics colliders. "

Well, if you insist. 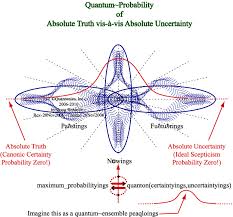 What have we here. In all probability something that could mean something astonishing but which may, on second inspection, mean nothing at all. A theory whisked up by Prof. Elio Conte which unashamedly enjoins two things analogously; which is another way of saying it's not really this but it's very similar.

"My discussion is articulated under the neurological as well as the psychological profile. I Insist in particular on the view that mental events arise in analogy with quantum probability fields."

To do his work justice it is probably only fair to say that experiments in quantum cognition have been conducted in which quantum interference in mental states was observed. Professor Conte approaches quantum mechanics from Clifford algebra. Which is surely a relief to us all.

No.8: Dark Matter and how Mind influences Brain through proactive spin.

It's not visible. It's not detectable. Dark matter or, more specifically, dark chemistry is a hypothetical chemistry at the heart of HuPing Hu and Maoxin Wu's paper on mind/brain interaction. They say it themselves so I won't say it for them,

"Our thoughts are that the manifestation of free will is intrinsically associated with the nuclear and/or electron spin processes inside the varying high electric voltage environment of the neural membranes and proteins which likely enable the said spin processes to be "proactive," that is being able to utilize non-local energy (potential) and quantum information to influence brain activities through spin chemistry and possibly other chemical/physical processes in defiance of the second law of thermodynamics."

Yep, it's a very long sentence but, I think, if you read it closely enough you will see the sense of what they are saying. Oh, and I'm so very happy they placed the word proactive in speech marks because that word was a real hurdle.

Whoah, there are actually particles that can carry thought. Yep, just ask Au De and Dhananjay Pal whose paper on thought carrying and thought retaining particles was received by the academic community to much critical acclaim. A copy passed around at our local farmers market was received less favourably.

No. 6: The World as a Quantum Monadistic system

John Dee and Leibniz would surely approve of this one. Quantum monadology offers a view of reality in which the sharp conflict between matter and consciousness are thoroughly resolved. According to Teruaki Nakagomi there is, "nothing (in the universe) other than monads, no common space in which monads are located, and no common time axis on which the now of each monad is located."[766]

Monads might need explaining a little further so I'll introduce David Harrison whose work on Quarks, Bootstraps and Monads is unparalleled in the world of straight lines. For Harrison, monads are similar to quantum bootstraps, which is a term used in quantum physics to describe how subatomic particles are all reflections of all the other particles. In short, the universe is a self consistent web of interrelations. Which comes as no surprise to any Buddhist.

Things are hotting up. This one is actually of study of quantum entanglement inside the brains of two non-sibling people. Brace yourselves for this one, it's good.

"Four pairs of strangers met and remained within one meter of each other for one hour, twice per week, for four weeks. After this period, the brain of the stimulus person of the pair, who was seated in a closed chamber, was exposed successively to six (5 mins each) different complex circumcerebral magnetic fields that were rotated clockwise. Quantitive monopolar electroencephalographic measurements over the frontal, temporal, parietal and occipital lobes were collected by computer for the response person of the pair who was sitting in another room. "

The technical knowledge required to produce an interpersonal connection by means of a "consciousness-structured, continuously accelerating, circumcerebral magnetic field," is truly beyond my capabilities, but, sure enough, the response person in the experiment experienced persecution anxiety, sexual arousal and anger. Personally I can achieve these results just by striking up conversation with the woman on the train.

Sometimes it seems we know too much. The theories multiply but do we ever really get nearer to the truth.You've got this far but did it occur to you that the quantum effects we've been talking about would likely breakdown with the fluctuations in brain temperature.   Quantum states just don't survive in those conditions. What's that you say? Quantum Tunneling, why, of course. Quantum tunneling may just be the concept we need.

Saving the day, and therefore taking the No.4 spot, is a piece of research by Friedrich Beck which looks at a quantum tunneling process that is "stable against thermal fluctuations and consistent with the physiological conditions of the synaptic membrane."[767] 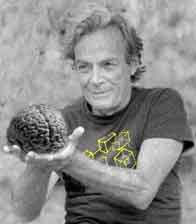 Proposed by Erol Basar, these little beauties have been devised as a means to show brain oscillatory detail in a more visual form. All those elementary particles floating around in the minestrone of the mind can be represented on a sheet of A4. How the critters know what to make of the little black marks on the paper is, again, just a little bit beyond my reach. Hey ho.

Can an elementary particle have self-awareness? Look, there I am. Oh, there I am again. Oh no, I've disappeared.

No. 2: Quantum Psychiatry and psychopathology. 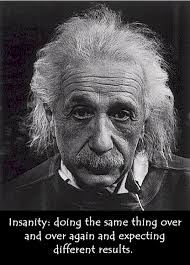 OK, so we've got to the point of recognizing the quantum events that occur in the grey matter within our skulls. But what are we going to do about it? Person A thinks one thing, and Peron B who has been in close proximity of Person A begins to feel persecuted. It is possibly time to bring on to the stage the Quantum Psychiatrist. Yep, you thought you were mad but you weren't actually mad until we told you so. Donald Mender, that stalwart of psychopathology, is one of the first in the field offering his take on the quatum-neurodynamical alternative to the biopsychosocial paradigm.

Incidently, I once knew a man who was so obsessive about psychology he once took an undergraduate degree in it. Not satisfied he then went on to take a Masters and then a PhD. Still not satisfied he decided to spend the rest of his life working as a psychiatrist. 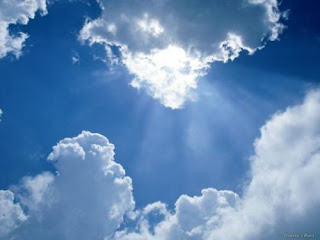 Yep, taking top spot is the burgeoning field of Neurotheology, that area of academia that hopes to explain our experience of the numinous by recourse to quantum physics. Out-of-body experiences, lucid dreaming, premonition, and all manner of transcendental experience is being explained as the activity of quarks, positrons, mesons, and all manner of subatomic particle. God, it seems, is not omnipresent so much as ever elusive. The Higgs-Boson does it again.

So there we have it. A whole field of research dissected for yet another top 10 list.