Real Madrid Club de Futbol of Spain are widely considered to be one of the greatest soccer clubs in the world. Founded in 1902, in their traditional kit of all whilte, they play their home games at the Santiago Bernabeu Stadium, in Spain's capital city of Madrid, which has a capacity of over 85,000 spectators.

Real Madrid have over 74 honours to their name, including being awarded in 2000 by FIFA, soccers world governing body, the title of FIFA World Club of the 20th Century, as well as winning the Eurpoean Cup/Champions League a record 9 times, the last being in 2002.

In their January 2013 report, business consultancy firm Deloittes announced that Real Madrid had become the first sports club in the world to generate annual revenues in excess of €500m ($669m/£429m), and in their April 2013 article, financial consultants Forbes declared the Spanish giants as The World's most Valuable Soccer Team, quoting a value of $3.3bn (€2.47bn/£2.12bn).

Florentino Perez - A man with a vision

Although a little more common in Spainish football, what makes Real Madrid unique from many other large sports clubs is that the club is owned by its members - or socios as they are called. What this means is that the club is under the control of the most important people for any sports club - it's fans. And it is these socios that vote to elect a President who is appointed as head of the club in order to run it for a fixed term in the most successful manner - a lot like citizens of a democratic country vote for a President or a Prime Minister.  Usually in soccer it is the major shareholder who has ultimate control of the club and its business affairs.

Florentino Perez was voted in 2000 and key to his election campaign was to introduce a very aggressive transfer policy (similar to one which had brought great success to Real Madrid during the 1950s) for which he promised some big expensive signings to play alongside the other world stars they already had in their ranks (such as home grown Spaniards goalkeeper Iker Casillas, forward Raul, and the Brazilian left back Roberto Carlos who had arrived in 1996).

He did not disappoint. 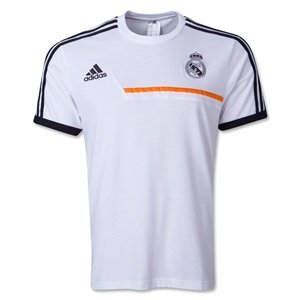 Show me the money

To pay for these expensive signings, Perez knew he would need to pull off a major financial masterstroke to make this possible and to fulfill his election promise. Due to the clubs training ground being located in an area of Madrid the city wished to redevelop, Perez managed to orchastrate a deal to sell these facilities for the sum of €480 million ($642m/£412m). This allowed them to build a new state of the art training complex on the outskirts of the city (where the land was much much cheaper), he also cleared all of the outstanding debts the club had, and was still able to make a massive investment into the playing side of the business. The pay back was not only for massive success on the pitch but also in having big name players who they could market and so boost Real's profile around the world, especially in the relatively untapped yet lucrative Asian markets.

Portugese right winger Luis Figo was Perez's first major signing and arrived during the Summer of 2000 in a controversial move. He cost Real Madrid a then world record soccer transfer fee of €45m ($60.2m/£38.7m) but it was the fact that he was purchased from Real Madrid's arch enemies, Barcelona that caused upset. If anything this just made the feeling between the two sets of fans much worse, but mainly due to the Barca faithful, who just simply couldn't accept that their club had sold a star player to their rivals.

Real Madrid's second Galactico signing, 12 months later, was that of the French playmaker Zinedine Zidane, who was widely recognised at the time of being the greatest player of this generation (and some believe the best ever). His arrival from Italian club Juventus broke the transfer record again, this time for a fee of €53.5 million ($71.6m/£46m)and was a clear statement of intent that Real Madrid meant business. Zidane retired in 2006 and has held a number of back room roles at Real Madrid, culminating in June 2013 in being appointed as Assistant Manager to incoming new head coach Carlo Ancelotti.

The summer of 2003 saw the arrival of one of the biggest names at the time in World Soccer - the Brazilian striker Ronaldo. Costing €35m ($46.7m/£30m), the potent striker arrived from Italy, joining from Milan side Internazional.  The 26 year old joined Real Madrid after earning many plaudits through lifting two consecutive World Cups with Brazil, and earning his third World Player of the Year award. 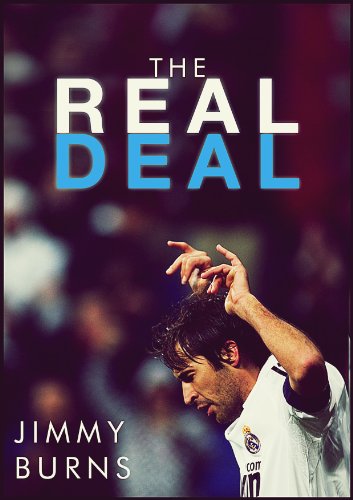 The superstar midfielder and England national team captain was signed a year later for the 'bargain' price of just €30m ($40m/£25m). Seen by many at this time of having his better years behind him, Perez was accused of only signing Beckham due to his good looks and his marketable image. Although still a very good player, many would argue that with Luis Figo already in Beckham's favoured right midfield position, a better signing may have been Brazillian Ronaldinho who, despite being accused of being too ugly to play for Real Madrid, later joined rivals Barcelona and helped them win a number of trophies, at Real's expense.

Micheal Owen was signed for just €9 million ($12.5m/£8m) as part of a trade deal which saw a Real player head to Liverpool in return. Despite not being given a starting role for much of the season, he scored more goals coming off the substitutes bench in his only season at Real Madrid, than anyone else at the club - 4 more than club hero and captain, Raul who kept him out the side.

During Perez's six year reign at Real Madrid, a number of other star players were bought with different success compared to the major Galactico's discussed above. His interest in star signings only accounted for the attacking side of the team and this criticism was only worsened by some poor defensive recruits.

In August 2004, despite being sidelined with a serious thigh injury, Jonathon Woodgate was bought from Newcastle United for over €15.5m ($21m/£13.5m). His problems with this and further ongoing injuries meant that he didnt play a single game for his first season at the Bernabeu, and his debut, one to forget, only came in September 2005, in which he scored an own goal and was sent off. In an online survey for Marca.com, Woodgate's transfer to Real was voted as the landslide winner of the worst signing of the 20th Century.

Thomas Graveson  joined in Jan 2005 from Everton for just €3m ($3.9m/£2.5m) and his hard image and tackling style won over few fans, and rumours of training ground bust ups with team mates did not help either.

In the Summer of 2005, 19 year old Sergio Ramos begame the only Spaniard that was recruited by Florentino Perez during this Galactico era, for a fee of €27m ($36m/£23m) a then record for a Spanish teenager. Despite now being a guaranteed starter in central defence for both Real Madrid and Spain's national team - often captaining both - he failed to show the form in his early days that would have been expected for his price tag.

The Galactico's team enjoyed success on the field straight away - in Perez's first season after taking control of Real Madrid, the club won Spain's La Liga title, followed by a year later the UEFA Champions League and then they won La Liga again in his third season. However these results could not be repeated in future years, despite playing a beautiful style of attacking football, and steadily performances, especially those in the lucrative Champions League, worsened to a point where fans began to turn on the team and Perez's handling of the club itself.

So in February 2006, he resigned as President of Real Madrid and was followed by Roman Calderon, who brought in a new management team and a no-nonsense approach to handling the so called Prima Donna ways of Perez's Galactico's.

This was to be the end of one of the greatest era's for soccer spectators.