Rose Tyler and How She First Appeared

Screenwriter and producer Russel T. Davies created a Doctor Who character worthy of some love and attention: Her name was Rose Tyler. Throughout the first two series of the reemerged BBC America television show, Rose grew immeasurably as a companion and an individual. The first episode, titled “Rose” and aired on BBC One in year 2005, portrayed her as a simple shop girl. Her true character bloomed under the Time Lord’s influence.

Listed below are the three characteristics which viewers can identify in Rose Tyler as she first appeared in Doctor Who. Watching through the first two series again will reveal how these characteristics grow and mature in this intelligent, witty, and loving young woman.

Rose trapped in the department store basement with Autons.

Compassionate Toward Her Loved Ones

Rose exhibited great compassion and maturity in her dealings with her mother. Nearly escaping death from the Autons the night before, she patiently tolerated her mother’s remarks on her need to quickly find another source of income. At only 19 or 20-years-old, she worked to help support her and her mother’s humble living arrangements. This showed her love for her mother exceeded any sense of personal gain and entitlement.

During the final scene in the first episode, Rose made an admirable comment in needing to look after her boyfriend. Mickey Smith had acted cowardly throughout the attacks and the danger, and he certainly seemed like he needed a lot of love and attention, unless there was a televised game at the pub. Nevertheless, Rose had loved this young man enough to give him emotional support and ego boosters despite her own lowly position in life, until she met the Doctor.

Immediately following the explosion at her store was Mickey. Rose wanted to do nothing but lie about at home after the awful ordeal and recuperate. Her boyfriend had other ideas, and he firmly stated his belief in her need of consuming something stronger than tea. When he suggested going to the nearby pub, Rose knew the real reason why. He wanted to see the televised soccer game, and he eventually admitted to wanting to watch the game when she confronted him about it.

Any proper girlfriend would have been distraught if her boyfriend had turned into an Auton, but few would have had the wits to rescue him. Rose quickly understood that the only way to save everyone and end the immediate threat was to go with the Doctor. The Time Lord identified the threat as the Nestene Consciousness, but he failed to identify where the aggressive alien was located. He described to Rose where the species normally resided. Observing her surroundings, Rose almost instantly found the creature’s hiding place.

Rose as she decides to join the Doctor on his travels.

Brave and Daring When Presented with Adventure

Everyone balks when they first see inside the TARDIS. Rose responded similarly. However, when others would have tucked tail and run, regardless of their living plastic boyfriend chasing them, Rose accepted the extraordinariness of the TARDIS being bigger on the inside. She accepted the Doctor being an alien. And not only did she accept them, but she traveled in the TARDIS and worked alongside the Doctor to save the world. This young woman had guts and brains.

After saving the world, the Doctor offered to take Rose with him on his travels through space and time. Rose could have easily gone back to her simple means of living. Her first thoughts were of her loved ones, and how she had responsibilities to attend to. Her adventurous spirit got the better of her, though, and she and the Doctor whisked away in the TARDIS, leaving Mickey alone in the London alleyway. 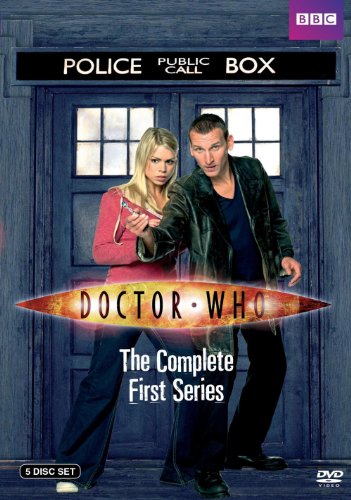 Rose Tyler and How She Grows as a Companion

Rose started off the series strong, but she only grew stronger from here. The Doctor easily recognized her compassion, intelligence, and bravery and stole her away for many adventures in the unknown. They would both grow as individuals, as friends, and as a couple.

Davies excelled in creating a character for viewers to love. To him, all Doctor Who fans owe a certain degree of allegiance. Because of one hardworking screenwriter, Rose Tyler came to life and wowed the wide viewing world.