Save the Fantasy Football Kicker

Picking a Kicker is not Dumb Luck

The Fantasy Kicker is going the way of the dinosaur.  Weekly fantasy football (i.e. Draft Kings - if you haven't seen an ad for this yet you are living on Mars) is taking over, and a growing number of these sites do not even include the kicker position.  In many standard leagues, people are starting to make noise that they do not want the kicker position included for next season.

The fantasy football roster should resemble a real football roster.  Like it or not, every football roster from the collegiate level to the NFL includes a kicker.  Beginning in the 2015 season, the NFL has moved the extra point back to the 15 yard line.  Rarely now will you see a kicker go through an entire game without being put to the test at least once.  They are being forced to earn that hefty pay check (The NFL's top paid kicker, Stephen Gostkowski, earns 4.3 million per season)

Some feel that choosing your kicker is an element of luck....  Many seasoned analysts on major sports networks share this opinion.  If that is the case, then why are kickers who are part of high scoring teams so highly sought after?  If there is no strategy involved in drafting this position, why are factors such as weather, in-door or outdoor stadium, strength of opponent, and whether or not the players team can move the chains and get into the redzone taken into consideration?  The other gripe is that kickers can outscore skill players (QB, RB, WR, TE) in an unpredictable way.  Doesn't this also happen in real life?  There are plenty of games where the kicker is MVP, scoring all or the majority of the points.

In "real life" football, it is a bit odd that a kicker can decide the outcome of the game after spending the majority of the game on the bench.  But wouldn't it feel so wrong if this position wasn't part of football?  There would be a gaping hole in the sport.  How many key games have come down to amazing kicks (Adam Vinatieri in the "Snow Bowl" game) or terrible kicks (poor Scott Norwood missing a game winning 47 yard field goal in Super Bowl XXV) and it makes for an exciting outcome?  How about the surprise element of a faked field goal?  Wouldn't it be nice if your fantasy kicker got you the win with a touchdown pass?  That would make for some irony for all those who want the position obliterated.

The kicker isn't much different from a closer in baseball coming in to pitch one inning and either winning or blowing a game for you.  similarly, the closer needs to be tough mentally.  He has to immediately forget his failures, and move on to pitch the very next night in a lot of cases.  A kicker on the other hand, misses a kick and has to stew in it for a full week before he can get into real game action and redeem himself.  The psyche could be another factor considered when deciding who to start.  Do you want to start your usually reliable kicker after he just blew the game for his team the previous week?  It's not pure luck.  There is some consideration that needs to take place when filling this overlooked position.

Similar logic for choosing a fantasy kicker applies to a fantasy defense.  When choosing a fantasy defense, you look at your matchup, you look at the elements, and you look at the venue the teams are playing at.  Many times, taking these factors into consideration and placing them into your analysis doesn't yield the results you want, and you get burnt.  Does that mean we are going to eliminate defense from the fantasy roster as well?  At the end of the day, that is where the drastic decision to get rid of kickers has come from - people have been burnt too many times by the skinny guy coming off bench with splinters in his butt.  But we all seem to love him when he surprises us and gets 15-20 pts and is nailing 50 yarders left and right.

Give the fantasy kickers a break.  A lot of games, fantasy and non-fantasy alike, come down to a significant element of luck.  If we could win with pure analysis, we would all win.  The very shape of the football is ideal for kicking.  After all, isn't the name of the game football? 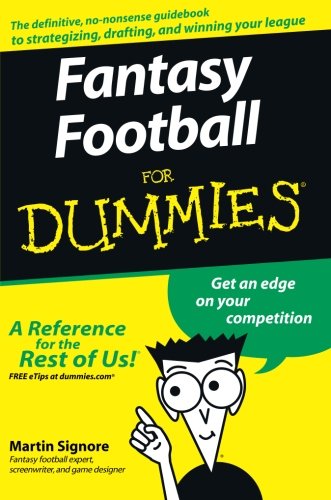