It is clear that ancient myth was an attempt to explain. Many ancient cultures used myth to explain creation and the physical world around them. Today, a portion of society still relies on myth to explain such phenomena, but now, as often in the past, myth is being challenged by science. Science argues against creationism and for evolution. Science argues against the idea that natural disasters are the product of a benevolent force reprimanding us for our sins, and for the understanding of the physical shifting of plates that causes earthquakes or the colliding of high and low pressure systems that causes storms. These arguments have gone on for centuries, and there is no clear winner in the debate.  There probably never will be a universally accepted truth on the matter. But in this age of information technologies and accelerated understanding, one must ask what role does myth play in helping us understand our world today and why can't science prove myth to be unequivocally wrong?

The result is a creation of modern myths through science fiction. Science fiction has only been a genre of art for several decades, but forms of science fiction have been written for centuries in an attempt to explain the future. The King James bible attempts to explain the future through Revelations. The works of Nostradamus have become important in modern discussions of where our world is heading. And the connection between science and myth to create fiction became very clear when Dan Brown's book “The Da Vinci Code” became a bestseller. Have we finally reached an era in which space, the seemingly infinite expanse outside of our atmosphere, has become a true part of our physical world? And could one of our current works of science fiction become the bible of the future?

In an attempt to delve further into the concept, it is important to analyze some modern works of science fiction and try to understand what myths are being created concerning cosmogony, creation, fertility, gender, and heroes and how those stories are affecting how we look at our geographical surrounding and physical layout of the uncharted cosmos.

It is important to realize that some works thought to be scandalous or just plain silly in our past have eventually become important works in our modern understanding of our creation and the physical world we live in.

Oscar Wilde wrote in 1889 in his essay The Decay of Lying that “Life imitates art far more than art imitates life.” So when cameras are seemingly everywhere, and privacy seems merely a memory, are we as a society imitating the world found in works like George Orwell's 1984, a world in which any act of individualism would be considered a crime. In the year 1984, the technology necessary to implement such societal control was not readily available, but today, it is. Our physical world is affected daily by these technologies. A little time on Google Earth, which allows average people to explore distant areas of the planet, is proof that the technology is readily available.

Ancient myth was passed on for generations before being challenged. The Titans and Olympians were worshipped for thousands of years. And not until the advent of Christianity some 1600 years ago did polytheism fade in relevance. Science has played a part in disproving myth and religion during the entire documented history of mankind. Hellenistic astronomy established that the Earth was spherical around 300 BC. Copernicus proved the Earth was not the center of the our solar system in the 16th century. Wegener proved in 1912 what Abraham Ortelius theorized in 1596 about continental drift which, in turn, led to an understanding of plate tectonics. Each of these discoveries were considered speculative or myth until later proven. In 1947, George Orwell wrote about a fantasy future in which technology would allow a totalitarian government to control all freedoms in society in the year 1984.

Science is limited by what it can prove. Science fiction has no limitations. It is the merging of science and myth as a way of explaining our world and the space outside of it in a genre often called speculative fiction.

Science fiction has produced several creation myths over the years. In the 2012 film Prometheus, the concept of the “Ancient Astronaut Theory” which states that humans were invented by aliens is explored. In the film, a group of scientists travel to the outer reaches of space to make contact with the aliens they believe created mankind. Therefore, a myth exists in contemporary society that explains creation. This type of myth was introduced by science fiction writers such as Peter Kolisimo and Giorgio A. Tsoukalos and further enforced by films such as Prometheus. And whereas scientists might have a philosophical discussion on the topic, it is unlikely they would ever attempt to propagate what they consider to be a myth. This “Ancient Astronaut Theory” has only recently developed over the last half of the 20th century. And yet, it's a very popular belief among a technology-driven society in what is often deemed the “Information Age.” Someone, somewhere, was the first to tell the story of creation that became Greek mythology. Someone, somewhere, was the first to tell the story of Jesus and from that came many of the religions worshipped to this day. Today, men and women tell stories of scientific advancement, paranormal activity, and futuristic realities in a genre called speculative fiction.

Science fiction has also delved into fertility myths. In 1997's Alien Resurrection, Ellen Ripley, the heroine of the first film in the Alien series, is cloned and impregnated with an alien embryo. It would be hard to imagine an ancient myth that involved cloning, but if Zeus was not a god, buy in fact an extraterrestrial, could he have impregnated Semele with an alien child.

Works of science fiction have created myths concerning gender. Certainly, you can consider the character of Ripley from the Alien films when discussing this. She was the captain of the vessel and a far cry from the sex kittens portrayed in some early science fiction, such as 1968's Barbarella. In Ursula K. Le Guin's 1969 novel The Left Hand of Darkness, readers are introduced to a planet called Winter in which no citizens are either male or female, and it is always cold. Without the duality of seasons or sexes, a strange and hostile society has developed on the planet, leaving the reader with much to consider about gender roles in the future and the question of whether human societies could exist outside our solar system.

Works of science fiction also try to answer questions about geography and astronomy. In Isaac Asimov's most famous short story, Nightfall, we find a planet, Legash, that is surrounded by six suns. Therefore, the planet never sees darkness. Scientists on Legash realize that a solar eclipse creates a brief night every 2049 years. The world attempts to prepare for the moment that the current inhabitants see stars for the first time. Earth has its own example during what is often called polar day. Due to Earth's 23 degree tilt, the poles see periods in which the sun never sets. In contrast, the poles also experience polar night, days in which the sun never rises. There is evidence that polar night leads to depression among inhabitants of areas within the latitudes affected by the geographical phenomenon. Thus, Nightfall explores a mythical world where the science of that particular solar system has a profound effect on the inhabitants and they're understanding of their physical world. A planet, constantly immersed in light, has to adapt to darkness.

Science fiction has created modern day heroes. Heroes played a very big role in ancient myth. From Heracles to Achilles, heroes, although not gods, were worshipped. Today, we have mythical heroes created mere decades ago. Although hero worship today is not based on such ancient and primitive traditions, it still plays a big part in our society. On a recent episode of the web series Spoilers, host Kevin Smith says in an interview with prolific comic book producer and founder of Marvel Comics Stan Lee, “You've created the myths for a generation.” Lee was creator or co-creator of such famous superheroes as The Fantastic Four, Hulk, Iron Man, Thor (from Norse myth), and his most famous hero, Spider-Man. What separated Lee's heroes from the heroes being created at the time at DC Comics? They were flawed. They were human. They wrestled with problems concerning girlfriends, expenses, and mental disorders. Much like many of the heroes of ancient Greece, Lee's heroes not only had an Achille's heal, but an Oedipus complex. Some of his heroes even suffered from physical ailments. Lee created mythical heroes much like the heroes of Greek and Roman mythology. The world has seen heroes since the time of the Olympians, but one has to wonder why at a time when science has so clearly taken the lead in explaining our existence, would there be such a surge in the creation and interest in such mythical figures. In an era of revolutionary science, society wants heroes.

Perhaps science fiction won't be the creator of our future beliefs. And perhaps science fiction is just what it currently is defined as – fiction based on scientific speculation. Perhaps it will never be more than that. A genre created in a time of interest soon to fade into obscurity. One can only speculate.

Science fiction creates our modern day myths. And unlike any period since the dawn of Christianity, these myths are being published or screened, and viewed by millions. Ideas once punished as heresy, are now creating a revolution in our society. The science of our world is merging with myth and creating a new belief system. A global economy is reading and consuming these myths and integrating them into our everyday lives. From the Orwellian stoplight that takes your picture for speeding, to the belief that aliens created mankind, our world, our beliefs, our geographical understanding of the planet and the universe in which we reside, is being defined on a day to day basis. As information moves ever faster, speculative fiction fills our minds with possible futures and etiological myths, all in an attempt to explain our existence. 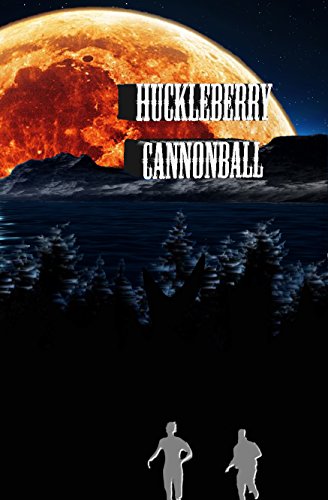