I've spent most of the past two decades in East Asia, holding lecturing and publishing positions in Hong Kong, Japan and South Korea. Among my favorite places are Taiwan and the Philippines. I'm fascinated by local religions and customs, and enjoy reading about history and how the English language changes and develops. I enjoy writing on InfoBarrel. If you love writing, sign up today.
InfoBarrel is a writing platform for non-fiction, reference-based, informative content. Opinions expressed by InfoBarrel writers are their own.
InfoBarrel > Travel & Places > Places > South Korea

Since the Korean War (1950-53), the Republic of Korea (ROK, South Korea's official name) has emerged as an economic powerhouse and, in recent years, an exporter of pop culture. The ROK has a population of 50.3 million. Births currently exceed deaths, yet the fertility rate has fallen to an estimated 1.19. This is way below replacement level, so the population is likely to begin shrinking within two decades if there's no significant immigration. People in the Western world know less about South Korea than they do about Japan or China, and these six truths may surprise many readers.

Since early 2013 South Korea has had a female president, Ms. Park Guen-hye, the daughter of a former president, the dictatorial Park Chung-hee (assassinated in 1979). However, it remains a difficult place for women to succeed in business, the professions or politics. According to the World Economic Forum's 2013 Global Gender Gap Report, South Korea ranked 111th among the 136 countries surveyed. (The report's methodology has been criticized, however.) The report assessed women's social participation and opportunities in terms of educational attainment, health, longevity and political empowerment. Worryingly, South Korea has fallen in the rankings each year for the past four years; in 2010 it stood in 104th place. Local media reports pointed out that gender inequality in the ROK is no better than in some Middle Eastern countries, such as the United Arab Emirates (ranked 109th) and Qatar (115th on the list).

An estimated one in five South Korean women has had some kind of cosmetic surgery, a proportion far higher than in the USA (where about one in 20 females goes under the cosmetic surgeon's knife) or other parts of East Asia. Among Korean female celebrities, the ratio is almost certainly much higher, but few are willing to discuss what, if any, procedures they've had done. K-Pop singer HyunA (pictured above), for instance, hasn't confirmed rumors of a nosejob. Among ordinary Koreans, plastic surgery has little or no stigma; many young women see it as helpful when competing for jobs.

The most popular procedures are on the face, in particular work on noses, eyelids and jawlines. Breast enhancement isn't especially common. Korea's cosmetic surgeons don't only work with Korean clients. Thanks to their reputation for excellent work and reasonable prices - and bolstered by the recent popularity within Asia of Korean pop music and soap operas - many plastic-surgery clinics in Seoul do a roaring international trade, and now employ interpreters who can speak Chinese, Japanese and other languages. 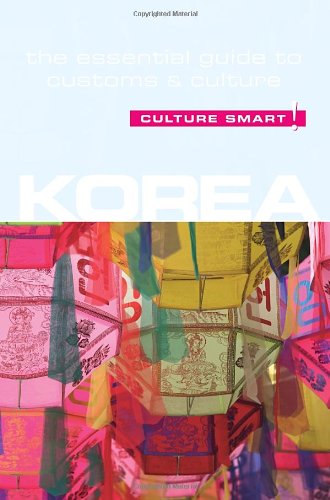 3. They eat dogs and cats

Few Koreans will admit it to outsiders, but some of them enjoy dog or cat meat. The dog- and cat-meat industry is responsible for the deaths of an estimated two million dogs and 100,000 cats per year. Dog broth is usually eaten during the summer, as it's said to boost a person's stamina against high temperatures. Although the authorities are well aware that the dog-meat trade harms the country's reputation, prohibiting it altogether (as has been done in Taiwan) is politically impossible. A compromise of sorts has been reached: Restaurants serving dog- and/or cat-meat aren't allowed to advertise those dishes in languages other than Korean.

4. Babies are still a Korean export...

...but not in such great numbers as before. In the wake of the Korean War (1950-53), the ROK was a pioneer in the field of international adoptions. The number of infants sent overseas for adoption peaked at 8,680 in 1986, but has since fallen to below 500 per year. Koreans have traditionally been extremely reluctant to adopt unrelated orphans, and social conditions make life very difficult for unwed mothers. As a consequence, childless couples in North America discovered South Korea to be an excellent source of healthy, unwanted babies. The ROK authorities are conservative in that they don't allow singles or gays to adopt Korean babies, or those who've been married less than three years or are substantially overweight. Including a minimum of two trips to South Korea, adopting a baby from the country usually costs an American couple between US$31,000 and 35,000. 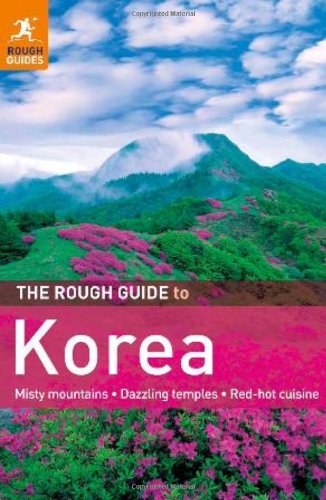 Throughout the world, as the number of humans has grown and economies have demanded ever greater quantities of natural resources, a great many forests have been destroyed. Following the Korean War, the ROK's woodlands - like its cities - were in a terrible state. However, realizing that forests are crucial to flood prevention and soil retention, between 1953 and 2007, successive governments succeeded in expanding tree cover from 35% of the country's land area to around 64%. Considering the population doubled in this period, and economic growth fueled demand for land on which factories and roads could be built, this is a striking achievement of which Koreans can be proud.

6. There's a shortage of surnames

One in five ROK citizens has the family name Kim. Another 6.8 million are called Lee (sometimes spelled Rhee or Ri), while almost four million are Park (Pak or Bak). Since a further 2.3 million South Koreans are Jeong (also known as Chung), and almost as many are Choe (occasionally written Choi), five surnames account for slightly over half the population. The chances of falling in love with some who bears the same family name is thus quite significant, and this is an issue because until recently marriage between two people sharing identical surnames was illegal. Only in 2005 was the law relaxed to allow a man and a woman with the same family name to wed, so long as they weren't related. The "shortage" of surnames in Korea is even more extreme than in China.