Six Biblical Persons in a State of Anxiety

The kind of thinking I refer to is the destructive kind—anxiety-producing thinking, taking thought for the morrow in the manner forbidden by Jesus; or that most deadly kind of all, brooding over bad memories.

The biblical word for worry (merimnao) is a compound of two Greek words, merizo (“to divide”) and nous (“the mind”).

Searching through the Bible revealed several factors that cause men and women to worry. The short list includes a guilty conscience over personal deeds, distrust in God’s unfailing provision, and proper concern over puzzling situations. These factors discovered in biblical people who underwent highly – and sometimes unimaginably – stressful situations are the same factors applied to people today.

Finding inspiration in Elisabeth Elliot’s Discipline, we will explore biblical characters who exhibited anxiety, whether to a great or small degree, and find out the fundamental reasons behind their worry. Thus we will uncover why Christian authors constantly admonish us to stop worrying, disclosing reasons other than the passage in Matthew 6.

An Undisciplined and Uneasy Mind

The above quote from Elisabeth Elliot’s Discipline came from her chapter “The Discipline of the Mind.” She discussed transforming the mind, explaining the grounding source and anticipated results, and how trying to stop all thought can sometimes be the best action. Doubtlessly people carry out nothing in dreading an upcoming MRI or an entrance exam during the early morning hours, but those who brood over bad memories experience a special type of agony. Recovering alcoholics thirst, rejected lovers pine, orphaned children mourn, and spurned dreamers hate. No minds with such thoughts and feelings have room for God.

Max Lucado’s Traveling Light depicted Christians who lug about unnecessary burdens. To present readers with a memorable visual, Lucado chose baggage to represent these burdens. One particularly cumbersome and awkward piece of baggage was worry. Explained in the above quote, people divide the mind regularly. For example, should a hungry couple eat a filling meal at a restaurant, or should they save the money and eat at home? The couple must decide between their stomachs and their pocketbooks, and the deciding process might unbalance the mind’s equilibrium.

Worrying Over Past Actions

Keeping a lie is arduous work. The supporting facts may change, the persons involved may slip and show a vital fact, and the overlying guilt wears on the soul. The guilt from any sin presents consequences, whether personal or public, including the tendency to worry. Read the following Scripture:

Joseph’s brothers performed a grievous evil in selling Joseph into slavery. And, as only proper, the deed embedded them with a guilty conscience. Learning of their indentured brother’s rise to authority, they feared how Joseph would treat them when their father died. They feared his revenge. So, before meeting him, they sent a message to their second-youngest brother, repeating their father’s will for Joseph to forgive his brothers. Joseph wept upon hearing the message. He desired unity among his brothers, and their fear of him pained him. Proving his faith, he reassured his brothers about God using their evil for good. The brothers had nothing to fear from their compassionate and gracious brother.

Based on the information provided, King Belshazzar ruled Babylon like a carefree, feel-good celebrity. He ignored God, worshiped earthly gods, and partied with the people. He was a pagan king. Therefore, the night he received a message from Heaven – written clearly on his palace wall – he felt profound terror and anxiety. Though the message was obscure to him at first, he knew his extravagant lifestyle merited nothing but ill news from Heaven. He glimpsed God’s thoughts, and he trembled. Daniel, likely connecting the event to a former prophecy, explained the meaning to King Belshazzar. The Medio-Persian warriors invaded the land that night, executed the king, and occupied Babylon.

Worrying Instead of Trusting

Rising from bed at 3 a.m. to balance the checkbook shows a lack of trust in God’s provision. God created the night for sleep, so financial activities can wait for the daytime. Biblical people also displayed worry in their deeds, and Jesus expected and warned against this natural human failing when commissioning his disciples. Read the following Scripture:

Unfounded anxiety propelled Abraham to lie to King Abimelech. Sarah represented wealth and beauty as a sister, considering a sister would control some of the family’s holdings, so Abraham introduced her as such. Trouble seized King Abimelech for believing this half-truth and detaining Sarah. Learning this truth offended the king. Giving the woman back to her husband, he asked Abraham why he suspected the Gerar people. Abraham made poor excuses, claiming the people ignored God. The excuses failed to cover his doubt of God’s control. Even though Abraham often told this half-truth, created from worry, God continued to steer Abraham’s life.

Troublemakers received discipline in the synagogues. Jewish officials, Israelite leaders, and Roman figures viewed early church leaders as troublemakers. Experienced with being persecuted as one such troublemaker, Jesus warned his disciples to expect detainment from authorities. But he also told them to not worry about what to say.  The Holy Spirit would give them words. Loyal to those who believe, the Holy Spirit rescues every persecuted disciple, regardless of the situation. To correctly represent the faith, persecuted disciples must keep their integrity and behave properly. Worry serves no place in the Kingdom.

Worrying as a Form of Compassion

The primary difference between anxiety and concern is what people focus on. Focusing on God and His commandments will enable people to show concern for other people. Worrying about tomorrow and untold events causes emotional turmoil, physical illness, and lack in productivity. Read the following Scripture:

Considered great among his Babylonian subjects, King Nebuchadnezzar ruled the land proudly. When he received the prophetic dream, he called on Daniel, a man whom he highly esteemed. Daniel experienced an emotional upheaval upon hearing the dream, being thrown from astonishment to terror, amazement to confusion. He wished to withhold the meaning, but King Nebuchadnezzar encouraged him to share. Worried for the king, Daniel shared the meaning and fervently advised him to repent of his pagan ways. God was gracious, providing 12 months’ time for King Nebuchadnezzar to repent. But the king refused to turn from his ways, so God handed him over to madness, to a psychological condition called lycanthropy, or wolf-man syndrome. Daniel was worrying over a situation that was in God’s hands.

Viewed as husband and wife without marital privileges, Mary and Joseph were legally bound to each other. Her early pregnancy cast doubt on her character, causing Joseph to wonder about her virtue. Did he worry about his reputation, or was he concerned about marrying a righteous woman? Choosing to divorce Mary appealed to Joseph more than choosing to stone her. Perplexed at the decision before him, Joseph tried to choose justly and compassionately. But God intervened, informing him of the truth, and thus calmed him. To Joseph’s credit, he placed his worrying thoughts aside and immediately obeyed God, asking no questions.

Our steps are known. We scrutinize our options, enjoying our free will for a while, pulling our hair in frustration at the end, but our choices are already known. And if we know God, acknowledging Him as sovereign Lord and Savior, then He will keep us on the narrow path. The way is dangerous, mortal life is lost, but His will shall endure. Worrying about the unforeseen future brings grief, but trusting in God and choosing His way will bring eternal reward.

What did you think? What common factors cause men and women to worry? What lessons are learned from the biblical men and women who worried? Please comment below! 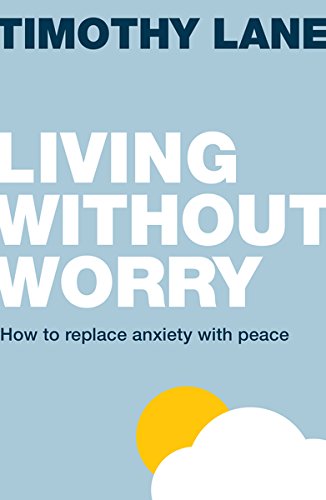