I'm the man who's gonna be King of the Writers!
InfoBarrel is a writing platform for non-fiction, reference-based, informative content. Opinions expressed by InfoBarrel writers are their own.
InfoBarrel > Business & Money > Investing > Stocks & Equities

Some Stock Investing Success Stories To Keep You Motivated

Take heart with some of these stock investing success stories........

As much as I love stock investing, it can be a pretty major downer if you aren't skilled at it. Nobody likes losses quarter after quarter, year after year. And while a patient investor knows that market dips are just part of how things are when looking at the long term, most people have the trading/gambling mentality that screams “Buy at 8 and sell at 16”. A person who does that sets themselves up for failure. That person sees only the short term failures and never sets their eyes on the long term benefits of owning the right equities. At a time like this, perhaps listening to a few stock investing success stories would provide a little bit of motivation to look at where one went wrong in their investments and change their strategy accordingly. Here are a couple stock investing success stories to motivate you to keep your eye on that financial prize, or at least not make you feel like actual success in the market is impossible.

If there is one person that people think of when they think of stock investing success stories, it's Warren Buffett. The “Oracle of Omaha” made a fortune in the stock market over the decades by being a savvy investor, rather than an impatient trader. Rather than simply buying the newest biotech stocks and hoping they go up a few bucks, he looked for companies with great management that were selling for way below their true value. Companies that have been around for decades selling basic products that we consume daily and that are cheap to make. These are the companies that will be around 50 years from now, not the companies that are still waiting for FDA approval so they can finally put their one product on the market. By looking at companies with the eye of someone willing to buy the whole business, he made sure that he stayed with a company for the long haul rather than being scared away by the daily ups and downs of a stock's share price.

With a net worth of $60 billion, Buffett's is truly one of the greatest stock investing success stories of all time. But he did not achieve his fortune by luck. He didn't “play” the stock market and win. His famous quote says it all: “It's better to buy a wonderful company at a fair price than a fair company at a wonderful price”. Over time, American businesses grow in value, and thus the market grows in value. The trader who focuses only on the daily rises and falls of the market hoping for a quick cash-in misses out on the potential long term gains that investing in a company (rather than buying and selling its stock) can have.

Another wildly successful investor is Al-Waleed bin Talal. Who's that, you ask? Well, do you remember the story of the Saudi prince who had a huge stake in Citigroup when it hit rock bottom during the Great Recession? Bin Talal was that Saudi prince. So you're probably wondering why I'm including him as part of my list of stock investing success stories.

Because he looks like a mashup of Burt Reynolds and a Bond villain, and that scares me.

When asked about his loss with Citigroup, he replied simply, “We're getting hurt. But I'm a long term investor”. You see, he didn't have only this one stock. His holding company, Kingdom Holding Company, does exactly what Buffett's Berkshire Hathaway does. It buys major stakes in strong businesses with the intent on holding onto them for the long run. His company's well diversified portfolio includes, well, you can check out its Wikipedia page.

Despite a short term set back here and there, bin Talal used a long term strategy to not only protect his overall assets, but multiply them. By buying a diverse set of well known equities, his Kingdom Holding Company has made a great amount of money over time. That and the ability to not be wiped out when your 14% stake in Citigroup takes a nosedive makes him and his company stock investing success stories in my eyes.

Quick fun fact. You know how people point out the irony that Fox News is partially owned by Saudis. Bin Talal constitutes “the Saudis” in this case, with a 1% stake in News Corporation.

But that's not the type of success story that motivates you, is it? The already wealthy Saudi prince who was able to afford those equities and build his holding company using his inside connections. Well, it was his protection from major market shifts via diversification and buying and holding well known companies for the long term that I considered a success story. But you want to hear about the average middle class American who makes a million dollars overnight, right? Where are those stock investing success stories?

I'm sure they are out there, but I choose not to research or share them because they aren't true stock investing success stories. Someone who bought a no-name tech stock because they were sold on the company's one yet-to-be-released product simply got lucky gambling. These aren't actual investment success stories; they're pretty much people winning the lottery. True stock investing success stories aren't about millionaires becoming billionaires or random people winning the stock market lottery, but regular people taking small amounts of money and creating a system where their money works hard for them over a period of time.

Jason is the owner of a blog called Dividend Mantra that I follow. He's one of the numerous bloggers that have jumped on the “retire by 40 using dividends while blogging about it” bandwagon, but there is a reason that such a bandwagon exists. Jason and other such bloggers have a new definition of success in the stock market; rather than becoming “rich” and making X amount of dollars, he and his peers seek a mere middle class income that can be achieved through passive income. By investing in high quality dividend paying companies, Jason seeks to have enough money come in via dividends to cover all his expenses and discretionary income. The result is greater than having a mansion and a private jet; it means never actually having to work at a job again.

Jason's goal is both ambitious and modest at the same time, but his monthly income reports show it to be completely doable. Turning a $5,000 investment into a portfolio worth hundreds of thousands, he has made over $2,800 in the first six months of 2014 in dividend income. While the numbers may sound unimpressive, remember that this is built on an investment made in 2010. And while he (like any other good investor) continues to research stocks and reinvest his dividends and his own money every month, this dividend money comes in whether or not he goes to a job or even wakes up in the morning. For a middle class American with no inside connections on Wall Street, no family members waiting to hand a business empire off to him, and no string of multi-billion dollar holding companies as part of his starting assets, I'd say that his quick rise to financial success is one of the stock investing success stories we should be emulating.

"Hello, my name is Jason and I will be on every single page of my blog. I'm totally cool with that."

More than anything, I'm hoping that these stock investing success stories keep you motivated even during a down market. Stocks go up and down, but any solid investor will tell you that a great business will continue to grow regardless of where the Dow Jones or the Nasdaq is this week. Invest in quality companies rather than gambling with Wall Street securities and perhaps you, too, can achieve success through your investments. 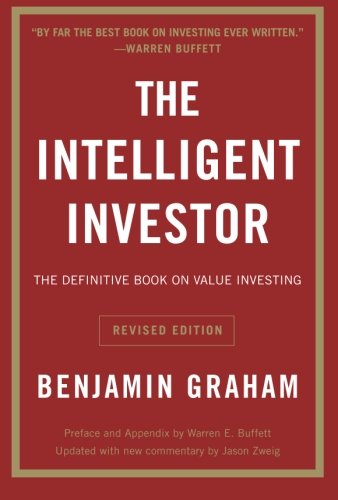 The Intelligent Investor: The Definitive Book on Value Investing. A Book of Practical Counsel (Revised Edition) (Collins Business Essentials) Amazon Price: $22.99 $8.48 Buy Now(price as of Jun 20, 2016)
Next >> Why Most Bond Funds are Riskier Than You Think