Fr. Christensen is a priest of the Diocese of Sioux Falls, SD.  He is pastor of three small town parishes as well as chaplain to a monastery of Discalced Carmelite Nuns.
InfoBarrel is a writing platform for non-fiction, reference-based, informative content. Opinions expressed by InfoBarrel writers are their own.
InfoBarrel > Lifestyle > Religion & Spirituality

One of the highlights of a pilgrimage I made to Italy last year was a visit to a small town in the region of Foggia in Southcentral Italy.  The village of San Giovanni Rotondo was nothing more than a small town until the arrival of its most famous inhabitant, St. Pio, commonly known affectionately as Padre Pio.  Now, it is a booming place of pilgrimage as well as a place of healing for the sick, all because of the ministry of the humble Franciscan Priest.

St. Pio was born on May 25, 1877 in the village of Pietrelcina and named Francis Forgione.  He was born into a poor and devout family, and from an early age was disposed to holy things and spiritual encounters.  Later in life one of his most powerful ministries was spending hours on end reconciling sinners to God in the confessional.  This desire to lead others out of sin was also, in a different way, present in his childhood.  He constantly reminded his playmates, and even the adults of the community, that sin was to be avoided at all cost.

His vocation to the Capuchin Franciscan order began when a friar, Friar Camillo, visited Pietrelcina seeking alms.  The young Francis was attracted to the thick beard of the friar, and from that day he wanted to be one of the “friars with the beards.”  This simple childhood attraction to the mysterious man with the beard led to a profound call from God.  When he was old enough he entered the Friary in Morcone in January of 1903 and took the name of Pio.  There he began the his lifelong task of becoming a saint.  One biographer, C. Bernard, Ruffin, said that Pio “was uncompromising and determined to be a saint.  He allowed himself no halfway measures.  Self-denial, mortification of the senses, patience and perseverance, sacrifices even in small things, expressed his great love of God and souls.[1]

Eventually, he was ordained a priest on August 10, 1910.  After his ordination he began suffering poor health, and because of this he went to live in his home town of Pietrelcina which allowed him ample time for prayer and solitude which laid the foundation for later ministry.  His ill health was not the only suffering that he had during his time at home, he also began to experience intense attacks from the devil.  These were primarily spiritual attacks, but often they would take on a physical nature.  He would literally fight with demons who would make terrifying noises, howls, and they would even throw objects to try to intimidate Padre Pio.  As is often the case in the spiritual life, when God allows the evil on to attack, He will counter these with various interior consolations.  After these attacks he would often be visited by vision of Jesus, the Blessed Virgin, his Guardian Angel or St. Francis.

After his time in Pietrelcina, he was recalled to the Friary in Foggia.  Shortly after his arrival there he began suffering from a mysterious illness.  He would at times his fever would spike to the point that he and those around him feared he was dying.  The attacks of the evil one also increased during this time, even to the point of his fellow friars hearing thuds, growls, and other frightening sounds coming from Padre Pio’s room.  When they would come to check on him they would find him bruised, beaten, and perspiring profusely.  Out of concern for the health of Padre Pio his superiors transferred him to the Friary in San Giovanni Rotondo.  They hoped the slower pace of the tiny village and the mountain air might help him.

Far from being a place of rest, San Giovanni soon became the place where he worked even to the point of exhaustion.  It was there that he began to be showered with the most extraordinary spiritual gifts.  There is sworn testimony that backs up reports that he often had the scent of an unexplained sublime perfume around him, that he could bilocate (be present in two places at once), that he prophesied the future, that he could read hearts - telling people the sins that they were hiding in the confessional, and that he could understand and speak languages he had no knowledge of.  But all of these pale in comparison with the spiritual gift that he is most known for: the unexplainable and terrifying stigmata (the physical wounds of Christ in his hands, feet, and side).

This gift came to him on the 20th of September, 1918.  This is the way that Fr. Pio described the event to his spiritual director: “On the morning of the 20th of last month (September), after I had celebrated Mass I yielded to a peacefulness similar to a sweet sleep…I was suddenly filled with great peace and abandonment which effaced everything else and caused a lull in the turmoil (he had been suffering from a spiritual trial at the time).  All this happened in a flash.  Meanwhile I saw before me a mysterious person…his hands and feet and side were dripping blood.  The sight frightened me and what I felt at that moment cannot be describe.  I thought I should die and indeed I should have died if the Lord had not intervened and strengthened my heart which was about to burst out of my chest.  The vision disappeared and I became aware that my own hands and feed and side were dripping blood. Imagine the avon I experienced and continue to experience almost every day!  The heart wound bleeds continually, especially from Thursday evening until Saturday…I am dying of pain because of the wound and the resulting embarrassment.  I am afraid I shall bleed to death if the Lord does not hear my heartfelt supplication to relieve me of this condition.”[1]

Padre Pio had become a living crucifix. Although he was embarrassed by this, and he tried to hide it, it soon became known, and his fame began to spread far and wide.  People from all over the world came to San Giovanni Rotondo to see this living saint who had so many spiritual gifts.  Pilgrims would literally wait days to attend his Mass or confess their sins to him.  His fame was a blessing for the Church, but at times, it was a curse for the Padre Pio because it was the source of great misunderstanding.  In fact, the Church herself misunderstood him and for a time would not allow him to hear confessions or offer Mass publicly, which caused him great pain, but he was always obedient to the Church, which surely is a sign of his sanctity and heroic virtue.

The stigmata remained with Padre Pio for the rest of his life - a full 50 years.  The wounds mysteriously and unexplainably disappeared from his body, leaving no scars or signs that they were once there, when he died on September 23rd, 1968.  He was buried in the crypt of the Church, which immediately became a place of pilgrimage.

On May 2, 1999 Padre Pio was beatified by St. John Paul II, and on June 16, 2002 he was Canonized and he became know as St. Pio.  Since the time of his death thousands and thousands of people have visited his tomb.  The village of San Giovanni has become populated with hundreds of hotels to house the pilgrims who come there, one of which was me.  I will never forget my visit there and the moments I had praying at his tomb.  I could feel a tangible presence of St. Pio there, that humble, obedient priest who suffered so much in life and who now in death is an intercessor for us all before the throne of God.  It was hard to leave San Giovanni Rotondo…I felt as though was leaving an old friend who understands our pain and our suffering, for he himself suffered as well.

St. Pio is someone that all of us should get to know, not necessarily because of his miraculous stigmata, or his bilocation, or other spiritual gifts, but because he is a friend who wants to help.  There is so much to learn about this great modern day saint, so next time you want to have a cup of coffee and read a good book pick up a biography of St. Pio and get to know him. 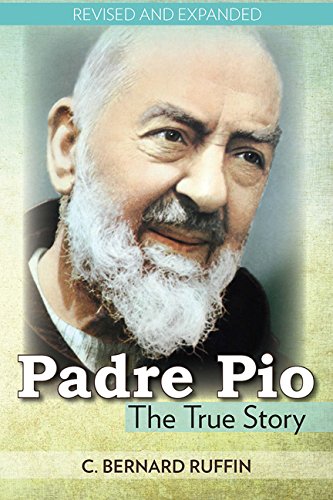 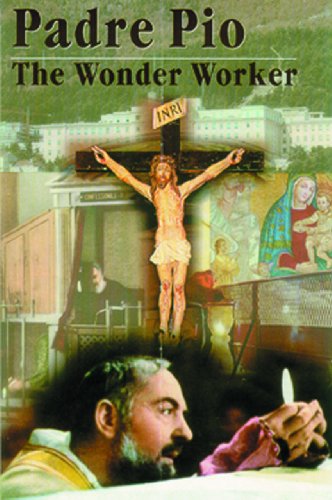