Shrawan440
InfoBarrel is a writing platform for non-fiction, reference-based, informative content. Opinions expressed by InfoBarrel writers are their own.
InfoBarrel > Technology > Science > Biology

Synthesis and Utilization of Sucrose

Sucrose is a disaccharide found in plants as transport form of sugar. It is a major product of photosynthesis, synthesized in the cytosol from the calvin cycle product triose phosphate. It is sweet and soluble sugar. It is also called as cane sugar, table sugar. It plays roles in growth and development. It constitutes major human macronutrients and it is widely used as sweetening agent. As it is a disaccharide which constitutes two monosaccharides D-glucose and D-fructose. The chemical name of sucrose is O-α-D-glucopyranosyl-(1→2)-β-D-fructofuranoside and as there is no free anometic hydroxy group (at carbon 2) it is non reducing sugar.

There are some alternative pathways. These are; 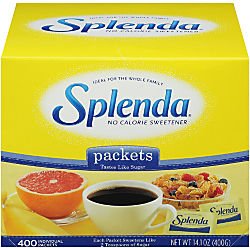 Splenda No Calorie Sweetener, 400 Count Packets, 14.1 Ounce Amazon Price: $20.99 $14.99 Buy Now(price as of Sep 30, 2016)
This is a zero calorie sweeteners for the people who can not use sugars because of their problems like diabetes. Diabetic person can not utilize sweet sugars like sucrose, fructose and then need artificial no calorie sweeteners to fulfill their taste. So this product can be useful to them.

sucrose has two fates and are utilized either to produce energy through glycolysis and other succiding pathways or to provide precursors for different biosynthetic pathways to yield different types of glycoproteins and polysaccharides on which there is a sucrose core unit.

Pathway of Sucrose Synthesis in plants