You will have heard of the must-see Table Mountain Cableway although you may not know about the other spectacular sights in and around Cape Town, South Africa,  a stunning Continent well worth a long flight.

The rewards you reap during your stay are priceless. This continent is packed with amazing contrasts from desolate open spaces with hardly a vehicle to be seen, wild animals, vibrantly coloured birds, Robben Island Prison, sandy beaches, constant sunshine, South African gold, world-famous gardens, vineyards and a turbulent history, illustrated clearly in the District Six Museum in Cape Town. There is so much to see and do for all ages in and around Cape Town but you may want to take the opportunity to travel to other areas, too.

The best aerial view of Cape Town, and a good way to start your visit, is from Table Mountain at a hei

Credit: Terrie Plowmanght of 1087 metres. This is a must-do tourist attraction that all your friends will ask you about on your return home. The easiest ascent is by the cableway provided the weather is good and 'the tablecloth'  cloud has not descended on the top of the mountain. Then the cableway will be closed.

The north face of the mountain overlooks the city centre with the distinct formations of Lion's Head and Signal Hill to the west and Devil's Peak to the east.  There are gable-like formations that are known as the Twelve Apostles.

The mountain is a wilderness but with well-defined paths. There are 1400 species of flora as well as baboons, porcupines and an animal that resembles a mountain goat.

Credit: Terrie Plowmany [cable car] is the quickest way to ascend Table Mountain and the best time is after 6pm when crowds of tourists want to see the sunset from the mountain. Make sure you have your camera with you. If you want to avoid the crowds then take an earlier ascent.

If you've driven to the Lower Cableway then park along Tafelberg Road but go early if it's in peak season as you may have quite a walk to the cable way.

Be aware that the Cable car attendant will rotate the floor with a 360 degree rotation so that you really do get a panoramic view of the fast departing Cape Town and Table Bay! The journey lasts only a few minutes and if you're a little apprehensive about the ascent, then grit your teeth and be amazed by the view at the top. It's well worth the trip.

Cars leave the Lower Cableway Station daily, every 10-15 minutes, but times vary slightly according to the time of year. A return ticket costs about R195 [ about £14 ] for adults. Between November and February you can buy half-price Sunset Special tickets.

Wander along the pathways, eat in the restaurant or take a pi

Credit: Terrie Plowmancnic or a bottle of wine and toast the sunset. Take lots of photographs.

A slower ascent is by hiking but be aware that the weather can change quickly and you may lose the track you're following. The mist descends quickly so take advice, stick to the simplest routes or take a guide with you. The guide will tailor the hike to suit your level of fitness.  The mountain can strike back so be prepared for intense heat or strong winds or changing weather conditions.

Once you have reached the summit and enjoyed the spectacular views you can take the easy way down in the cable car.

This is the best way to see around the whole of Cape Town on an open-top bus. The beauty of these buses, which are common in all major cities around the world, is that you can jump on and off at various points throughout your journey. The ticket lasts all day.

If you take the complete tour that usually a couple of hours, then you can decide which sights you wish to see in more detail as you go around a second time.

See my other article Open Top Bus to learn more about this excellent way to see what a city has to offer.

The significance of Robben Island Prison and it's association with its most famous prisoner, Nelson Mandela, is known throughout the world. It is a symbol of apartheid.  Instead of being a vehicle for silencing apartheid's critics, Robben Island prison became the  international focus of the struggle for the liberation of South Africa.

Credit: Terrie Plowmankilometre square island became the home of Nelson Mandela. The island is just a 30-minute catamaran journey from The Waterfront but the water that separates the mainland was the real prison and no one is believed to have escaped from the island.

The island holds an eerie silence and the intense heat illustrates the hard conditions the prisoners endured as they toiled in the lime quarry for long hours of hard labour. The glare of the sun reflects on the soft, pale stone and caused many to suffer serious eye disorders. But the prisoners managed to use the quarry as a place for secret study with the help of some sympathetic prison  warders.

The bus tour takes you to the Maximum Security Prison where former inmates will guide you round the forbidding cell blocks, stopping at Nelson Mandela's tiny cell for you to take photographs and contemplate the harshness of his long stay there.

Credit: Terrie Plowmanh the outside world and restrictions on allowable foods made a prisoner's life nothing but hell. However, the prisoners still found ways of protesting and, eventually, conditions improved, the political situation changed and, finally, Nelson Mandela, and all he represented, was released as a hero.The last of the prisoners left in 1996.

On 1st January,1997, control of Robben Island was established as a museum and two years later the island became a UN World heritage Site.

Robben Island is well-worth a visit. Presence on the island, imagining the barbaric conditions, seeing the artefacts that prisoners have left behind, helps us all to reflect on what could still be happening if it weren't for the strength and fortitude of men like Nelson Mandela.

This museum illustrates the effect that apartheid had on large numbers of people. Fifty five residents of District Six in Capetown were forced out of their homes and sent to other parts of South Africa so that new buildings could be erected for the white community. Families were split up, friends were separated and no thought was given to the feelings or well-being of any of these black residents who had a rich cultural life in its narrow alleys and crowded tenements. This was a fertile place for the imagination, inspiring poems, jazz and novels but was destroyed by apartheid.

The museum is housed in the Central Methodist Church where the residents took sanctuary during this horrendous time. It  became a place of solidarity for the voice against apartheid. These forced removals were taking place as recently as th 1980's.

The museum tugs at the emotions as you wander round the displays of possessions belonging to the unfortunate District Six residents. There are everyday items, tools of particular trades, and a vast array of photographs that tell stories about real people.

On the floor there is a huge map of District Six that describes the memories, thoughts and incidents associated with the area that does not now exist in its previous state.

There is a collection of street signs that were secretly saved from demolition by the man who was instructed to dump them in Table Bay.

A visit to this museum will help you to delve deeper into the plight of the black community in relatively recent times.

And now for Something Completely Different

The Waterfront is a thriving area of

Credit: Terrie Plowman fashionable restaurants and a shopping centre with both modern shops and many craft stalls. There is also the Aquarium and the Nelson Mandela Gateway, the point of entry for the catamaran to Robben Island, through a small museum about Mandela.

You will also find piers with waterside walkways, a harbour, outdoor cafes, pubs, clubs and cinemas.

If you wish to see a little of British colonialism then treat yourself to coffee or lunch at the Mount Nelson Hotel. The entrance to this grand hotel is marked by a huge gateway, supported on nearly two dozen

Credit: Terrie PlowmanCorinthian columns and guarded by a sentinel.

If you arrive for afternoon tea you will be accompanied by live piano music.

You can also to visit  The Castle where you can hear the Noon Day Gun. It was completed in 1679 as a fortification. For 150 years, the Castle remained the centre of social and economic life.

Kirstenbosch is the oldest and largest botanical garden in South Africa and is the third most popular tourist attraction in Cape Town after the Table Mountain Cable Car and The Waterfront.

It was created in 1895 by Cecil Rhodes whose camphor and fig trees are still there today. There are over 22,000 indigenous plants as well as a reasearch unit and a library. The grounds are vast and there is ample room for you to take a picnic and listen to the open air concerts on Sunday evenings.

In 2004, the gardens became part of South Africa's sixth UNESCO World Heritage Site, the first botanical garden in the world to achieve this status.

You can follow the signs and the pathways to guide you through the shrubs and blooms that are identified to assist your journey. There is also a route for blind visitors with the signs in braille.

Credit: Terrie Plowmanike wine, then you must visit the winelands. You can either take a bus tour or hire a car. South Africans drive on the left so the British shouldn't have a problem!

On a tour you would not only drive round the majority of vineyards but you would stop over at one of these for a wine-tasting  more detailed tour, with a chance to buy, of course!

South Africa is the place to buy your gold and tanzanite so do your research carefully and make sure you are getting good value. Try the Waterfront Shopping Centre.

There is ample accommodation to suit all budgets.

The choice is vast but wherever you eat you will not be disappointed. Ostrich and Springbok are on the menu but if you plan to go on safari to another area of South Africa then you may wish to avoid such specialities.

The people of South Africa are so friendly and helpful that you will feel immediately relaxed. Soak up their hospitality and relax.

There are beaches aro

Credit: Terrie Plowmanund Capetown where you can soak up the sun and enjoy the pristine sand, cloudless skies and sunshine but take extra care in the intense heat.

Cape Town is a centre that provides so much variety for all ages and all interests from those interested in food and wine, museums, art galleries and the turbulent history of this continent.

You will leave Cape Town feeling you have seen much, learnt a lot and been very surprised at the reasonable prices you've paid for your superb holiday. 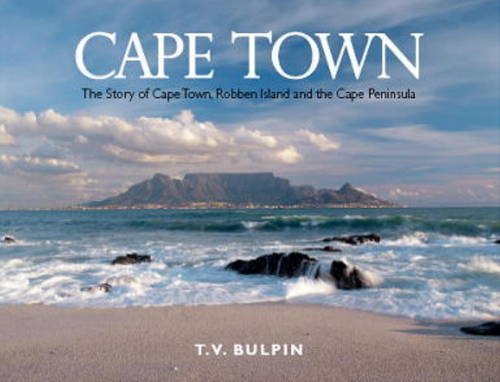 Guide to Cape Town and the Surrounding Region 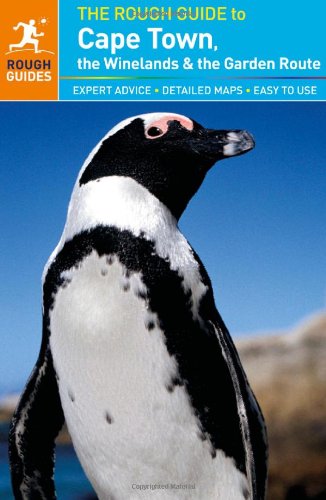