With the 2014 World Cup in Brazil fast approaching, US Men's National Team manager Jurgen Klinsman will soon have to choose his 23-man roster.  Part of that decision will be deciding which players have the ability to make an impact in Brazil, whether it be as a starter or substitute.  The following is a list of the 10 top US players is at stands right now.  Spoiler alert: no true defenders made the list because let's face it, defense isn't exactly a strong point of this team going into the world cup.  Let the countdown begin.

10. Mikkel Diskerud (Rosenborg) - "Mix" as he as often referred, a 23 year-old Norwegian-American, currently plays for Rosenborg in the Norwegian league.  Seemingly out of nowhere, the long-haired midfielder has undoubtedly earned himself a spot on the USA 2014 World Cup roster after a strong run of performances during the national team's recent Gold Cup run.  In fact, the national team hasn't lost a match where Diskerud has appeared with a record of 12-0-3.  Diskerud is a creative box-to-box midfielder who passes well but his biggest strength is his energy and willingness to win 50/50 balls.

9. Jermaine Jones (Shalke) - Jones is a solid, but perhaps unspectacular, part of the USMNT.  At 32, age could start to become a factor, but he hasn't showed signs of slowing down yet.  Jones real value is his experience: he starts in the Bundesliga, one of the strongest leagues in the world, and more importantly, he has experience in the Champions League.  Simply put, you don't start for a Champion's League squad unless you're a good player.

8. Fabian Johnson (Hoffenheim) - Johnson, 26, a German-American is perhaps the USMNT's most versatile player.  He's probably the strongest option the team has at left back but he's very capable of performing in an attacking role.  As a starter for Bundesliga side Hoffenheim his ability is unquestioned.

7. Aron Johannsson (AZ Alkmaar) - Johannsson played for the Iceland U-21 team but luckily for Americans Jurgen Klinsman was able to persuade him to commit to the USMNT.  After the departure of Jozy Altidore from AZ, Johannsson took over a starting attacking position and has delivered with 12 goals this season, good for 3rd in the Dutch league.  He has also impressed in his few appearances for the USMNT thus far.

6. Geoff Cameron (Stoke City) - Cameron may not be a flashy player, but he is both solid and versatile as he can play in the center or on the right in both defense or midfield.  As a regular starter at Premier League side Stoke City, he has been employed all over the field.

5. Clint Dempsey (Fulham) - Dempsey may be starting to slow down given that he is on the wrong side of 30 and his move from top 4 Premier League challenger Tottenham to MLS side Seattle was questionable.  Still, Dempsey is a proven performer and he's now back in the Premier League at Fulham in the run up to the world cup.  Those who are familiar with Dempsey now just how impressive he was at Fulham just a couple seasons ago.  When Dempsey is in form he can easily top this list.

4. Jozy Altidore (Sunderland) - After setting the Dutch league on fire with 31 goals last season Jozy made a return to the Premier League after Sunderland paid a hefty $13 million transfer fee, a record for an American.  Altidore has struggled to make a mark in the Premier League but that can't be blamed entirely on him as Sunderland has been a disaster overall and have already changed managers.  Altidore is the only true forward the USMNT has and when he's in form he's a beast.

3. Landon Donavon (LA Galaxy) - Yes, Donovan is old and has never really succeeded outside of the MLS.  That said, Donovan has earned the number 3 spot on this list after his impressive performances in 2013 during the Gold Cup and World Cup Qualifying.  He will be a key ingredient to any success the USMNT has in Brazil.

2. Michael Bradley (Toronto) -  Bradley, much like Dempsey, made a questionable move in leaving Italian side Roma who looks set to qualify for the Champion's League next season.  No matter where he's playing, Bradley is perhaps the most essential part of the USMNT.  His ability is evident after establishing himself as a solid central midfielder in Serie A.

1. Tim Howard (Everton) - Tim Howard has also been a top goalkeeper but it's his current form that get's him to the top spot currently.  Howard has only given up 20 goals through 22 games for Premier League side Everton who are looking to claim a top 5 finish in the league. 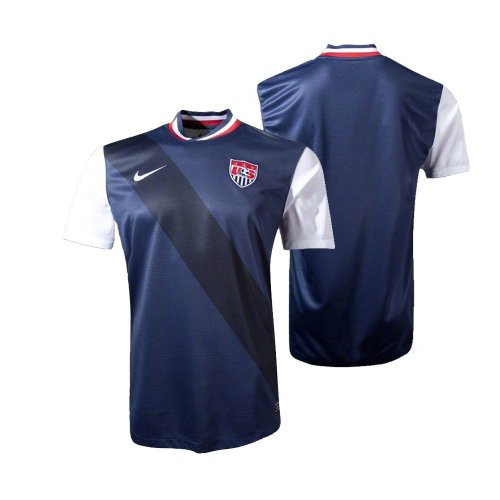