It is not secret about the millions of people that died in World War II, whether it be soldiers on the battlefield, civilians in the towns, or Jews in the concentration camps. However, for thousands of unlucky people, they weren't mercifully killed quickly with a bullet, they had a fate much worse—test subjects. While chemical and biological weapons had been used previously in wars, there was not a lot of understanding of how they effected the human body. A few curious Japanese soldier wanted to solve that mystery, in the worst way. From this curiosity sprang the cruel experiments of Unit 731.

Japanese researchers within an army unit conducted a series of cruel experiments on pretty much anyone they could get their hands on. These experiments tested the limits of the human body when it is subjected to harsh conditions, maiming, poisonous substances and lethal diseases.

Unit 731 sprang from another government program that had been tasked with research on chemical and biological weapons called the Togo unit. Originally they worked in Beiyinhe out of the Zhongma Fortress. However, in 1934 after a jailbreak of their test subjects and a large explosion believe to be an attack on their facility, the unit was split into two groups. These two groups moved to the Hsinking and Pingfang area in China during the Second Sino-Japanese War.

This program merged with the occupying Kwantung army and was renamed the Epidemic Prevention and Water Purification Department of Kwantung Army, or Unit 731 for short, in 1940.

It was there that they started their inexplicable cruel experiments on living subjects. The unit referred to these subjects as maruta, meaning logs. Essentially, anyone of any gender, nationality or age was an appropriate candidate. The unit experimented on Chinese, Russians, Koreans, Mongolians, Pacific Islander, and even a few American prisoners of war.

In layman's terms, Unit 731 dissected people who were still alive and fully conscious.

Unit 731's prime objective was to study the effect of various conditions, diseases, and injuries on the human body.

Some subjects were purposely infected with fatal and contagious diseases such as the bubonic plague, small pox, typhoid, cholera, and venereal diseases. They would then dissect their subject while alive (officially called vivisection) to see what was going on inside them. On occasion, researches cut open their subjects just to rearrange organs. They would remove organs, reattach them, sometimes reattach organs in place of others.

As scientists wanted to learn the limits of the human body, they did not limit their experiments to diseases and organs. They also conducted experiments on limbs. Like the organs, Unit 731 would remove arms and legs, sewing them onto opposite sides. Sometimes the limbs were exposed to extreme temperatures while still on the body to see the effects of frostbite and how fast gangrene would occur. In a few experiments, the researchers just removed limbs to see how fast the subject would bleed out.

The prime objective of Unit 731 was to test biological weapons in which could be used on invading forces. The fruits of their labor resulted in the development of bombs that could deliver anthrax or the bubonic plague to a target area. These bombs may have never been used against U.S. soldiers, but they were tested extensively on places throughout China.

China, actually, got the brunt of Unit 731's biological testing. Fleas infected with the plague were dropped all over towns in Manchuria and water was seeded with typhoid, cholera, and dysentery.

The unit also dabbled in more creatively unpleasant ways to grossly murder people. Such as exposure to high pressure and poisonous chemicals, centrifuges, burning, blood infusions from animals, burying alive, crushing, and exposure to radiation. Since one of their prime objectives was to ultimately see exactly how much abuse a body could withstand, these creative tortures continued until the subject died.

Through this the Pingfang facility of Unit 731 became known as the Auschwitz of the East with somewhere between 3,000 to 12,000 poor "subjects" died. That is not even counting the locals in the area who were killed by the escaped disease exposed animals like rats and fleas. There was also the 200,000+ death count in Manchuria from Unit 731's experiments with plague/anthrax bombs and water tainted with disease. Even with that, it is nowhere near the death count at Auschwitz, but it is still a sad loss of life.

Attacks on the Unite States

Everyone has undoubtedly heard of at least one of the failed attacks Japan launched on the United States. Namely, the one where they launched bombs hoisted by balloons across the Pacific in hopes of landing in America and starting forest fires. Luckily only one made to actual United States soil. Unluckily, it killed six when a child accidentally set it off. The balloons were a silly idea, some believe the Japanese realized that, but Unit 731 were using the attack to test the viability of using balloon for biological warfare.

The balloons were a futile idea at best, however based on Unit 731's research, Japan could not resist the allure of biological warfare. They tried countless times, but to no avail. After loading a submarine full of biological weapons, they intended to thwart the invasion of Saipan, but the submarine sank. Later they planned Operation Cherry Blossoms at Night, in which a kamikaze flew a plane full of fleas into San Diego, but the war ended before they could. 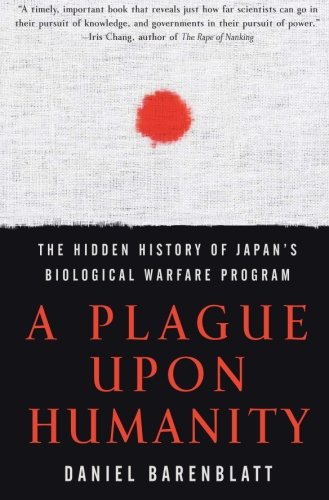 After the war ended, one could imagine that Unit 731 was a huge target for war crimes. After the war, they focuses on destroying much of their research. This included releasing disease infected animals into China, resulting in 30,000 more deaths within the next three years. However, the researchers were never charged with crimes.

Operation Paperclip was a mad grab for the scientists from both Japan and Germany by America. They gave the scientists immunity as long as they got exclusive access to their research. In a way, at least the deaths were not completely for nothing. However, all those victims will never get their justice.

To add salt to the wound, the only good scientific breakthrough to come from this research was a new treatment for frostbite. Instead of rubbing warm water on a frostbitten limb, Unit 731 found it was more effective to submerge it in water. 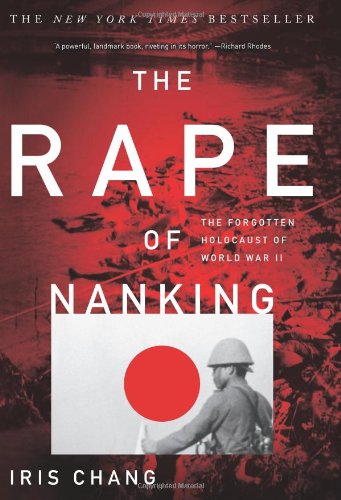 The Rape Of Nanking: The Forgotten Holocaust Of World War IIAmazon Price: $16.99 $6.00 Buy Now(price as of Mar 26, 2014)
Next >> The Sinking of the USAT Dorchester and the Incredible Acts of Bravery That Tragic Night