As well as being an avid writer, I am also an enthusiastic gamer, anime fan, movie buff, and love of all things strange. Being as I live with a boyfriend, I am also particularly knowledgeable about cleaning and cooking. You can join me in my adventure of writing for money here at Infobarrel. Sign Up today! Also, I wrote a book! Check out The Guild today!
InfoBarrel is a writing platform for non-fiction, reference-based, informative content. Opinions expressed by InfoBarrel writers are their own.
InfoBarrel > Entertainment > People

From Burgers to Bourbon - The Best Characters of H. Jon Benjamin

This is H. Jon Benjamin. While it is unlikely you will recognize him by his average-looking mug, complete with receding hair line and grey-dabbled beard, if you heard his voice even in the din of a busy coffee shop, your mind would be overcome with a torrent of nostalgia. For near 20 years, this average-looking man has built his fame on the back of his sultry baritone voice and that has that just perfect amount of slightly-annoyed irritation in its tone.

It is a voice that has brought many animated characters to life. While H. Jon Benjamin rarely appears on camera himself, his voice has been a major boon to the Western animation industry. His thunderous voice has appeared in a number of Adult Swim productions including Venture Bros. and Aqua Teen Hunger Force. However, not all of his characters can be winners. So out of all his many characters, which ones are his best?

Ben Katz – where it all began, where the craft began to be honed.  Ben Katz is the slacker son of the titular Dr. Katz of the show Dr. Katz. As a therapist’s son, you can imagine that he is kind of messed up. Notable for being incredibly awkward around his father’s secretary and a constant disappointment to his father himself, Ben is a character that is lacking in, well, character.

It should be noted that Benjamin’s role on Dr. Katz came before he had perfected his trademark voice. When you listen to Ben Katz speak, there is just the barest hints of the voice actor behind it, but it is interesting to hear the voice before his craft was honed. It is certainly different from what audiences have come to expect.

H. Jon Benjamin rarely appears outside the realms of animation, and even then it is strictly just brief cameos. However, one of his most notable non-animated roles still has H. Jon Benjamin cast as a voice over … As a can of vegetables, formerly known as Mitch.

In the 2001 movie Wet Hot American Summer, Benjamin lends his voice to Mitch, a sentient can of vegetables that gives advice to the sweater-fondling, fridge-humping absolutely insane Vietnam veteran Gene that serves as the camp’s chef. However, little more is ever revealed in the movie itself.

But wait! In 2015 Benjamin returns to the Netflix Original series that serves as a prequel to the movie. This time, his actual person appears on screen as they delve into Mitch’s back story. As it turns out, he was one of the camp employees who dissolved into toxic sludge only to be reborn as a can of vegetables. There’s romance, there’s tragedy, there is intrigue, it the complete package in one neat side story.

While arriving late to Family Guy’s extensive cast of characters, H. Jon’s character of Carl fit in perfectly right away. When Chris got a job working at the convenient store, he and the manager Carl whittled away the time talking about every movie under the sun, acting as both mentor and comrade to Chris.

It only makes sense that later in the Family Guy Star Wars specials that he would be cast as Yoda.In later episodes even breaking the fourth wall to thank whomever cast him in such a venerable role. Unfortunately, while he does know about every movie ever made, it is only because he has a serious drinking problem that keeps him confined to the couch. 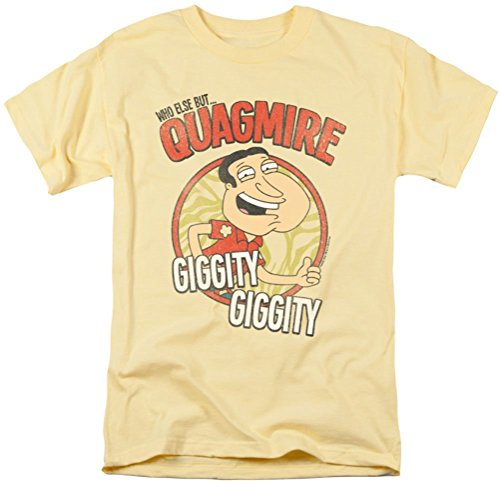 Long before H. Jon Benjamin got famous for any of his others roles, he won the hearts of animated junkies on Adult Swim as Coach McGuirk on the show Home Movies. This pudgy, red-headed giant was perpetually miserable as he coached the soccer team of a bunch of kids that don’t know how to play and don’t want to play soccer.

Essentially, Coach McGuirk is the grumpier version of Bob Belcher that would come later on a different animated show. He constantly wants his team to win, but they never do, making him frustrated and angry. Later in the series he ends up courting Brendan’s mother and acts like a sort of father figure to him.

Bob Belcher is a hard-working, all-American, USDA prime cut of meat, albeit a very hairy one. He is a man that does what he loves, and that is making burgers. He takes joy in the small things like coming up with clever and punny burgers of the day and talking to his produce. However, even if he loves cooking burgers, it only nets him a meager living, enough to support his wife and three kids even with all their hijinks.

Out of all the Belchers, Bob remains the most down to earth, but has his occasional bout of mania when pushed too far. While he has a good relationship with all his kids, he has a contentious relationship with his own father, also a restaurateur, and fights constantly with the owner of the competing Italian restaurant across the street, Jimmy Pesto. 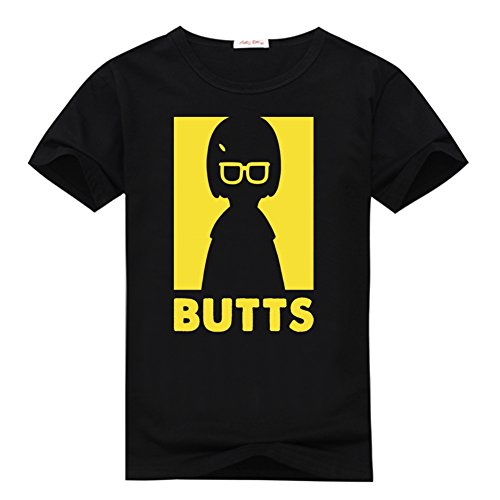 Secret agent Sterling Archer has simple loves that include gummy bears, liquor, and Kenny Loggins ( Danger Zone! ), but he is hardly a simple man. Constantly under the thumb of his mother who owns and operates the secret spy agency ISIS, Archer lives a pampered lifestyle supported by his mother. However, despite being a selfish, spoiled momma’s boy, Archer is quite possibly one of the luckiest people in the world, constantly slipping near death situations including a bout with breast cancer.

Yet, even if he has his luck to thank for his life, he is also quite skilled at keeping his co-workers alive as well. Archer appreciates a fine scotch, the poached eggs of his heroin-addicted butler, and currently has two children. 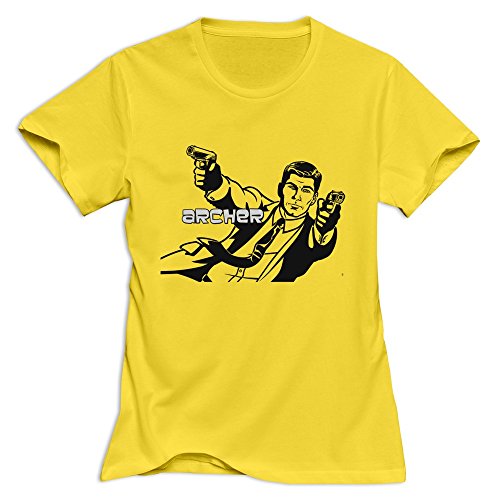