The Best Sights in Hong Kong

One of the Best Cities in China

Hong Kong combines the best of Asian and Western Cultures

Hong Kong is without a doubt one of the premier destinations in Asia. Most are already familiar with its unique history as a former British colony, and a city that blends the best of the East and West. Some might be unfamiliar with exactly what makes it such a great tourist destination, however. Unlike mainland China, the appeal of Hong Kong comes not so much from ancient history, traditions, and temples, but rather its high energy atmosphere, shopping, and unique neighborhoods. I’ve visited the city twice now and enjoyed myself greatly every time. Other big, international East Asian cities - such as Seoul or Tokyo - can feel very Westernized on the surface. Hong Kong, on the other hand, truly combines the best of both worlds and provides a great experience that most travelers won't forget.

Causeway Bay is where I usually stay when I visit Hong Kong. There are plenty of great deals for cheap hotels and hostels in the area. Despite that, this is one of the more upper class areas in the city, and indeed, housing costs in Causeway Bay are among the highest in the world. This is a very centralized area of the city, with plenty of restaurants and shopping, and a slightly more Westernized feel than other more local neighborhoods in the city. Highlights include large department stores (such as Sogo), plenty of Hong Kong cuisine and snacks, and a glimpse at Hong Kong’s youth culture (Causeway Bay is a very famous hang-out spot for young people in HK).

This is one of the more popular nightlife neighborhoods in the city, especially among expats. Located outside of Central Station, Lan Kwai Fong consists of a few streets densely packed with various drinking establishments, including Hard Rock Cafe, as well as a lot of more local bars. Even during the week it can be quite busy and lively - I’ve only ever managed to drop by here on weekdays - but weekends can be absolutely packed. Much like the Taipei City Hall area in Taiwan (Taipei’s main nightlife district, though it has a distinctly more quiet personality), Lan Kwai Fong is a great place for tourists to grab a drink after a long day of sightseeing.

Clearly modelled after Hollywood’s Walk of Fame, the Avenue of Stars is a famous spot in Hong Kong celebrating the city’s film industry. Located in Tsim Sha Tsui, many of Hong Kong’s most famous stars have made handprints here. There are also other notable sights to see along the Avenue, including a Bruce Lee statue. Not to mention the view of Victoria Harbour is absolutely fantastic, especially at night! The Avenue of Stars also contains a lot of good restaurants and businesses when you want to take a rest, such as an open air Starbucks where you can enjoy the view and ocean breeze.

This is just a brief look at what makes Hong Kong such an amazing place to visit. Hong Kong is truly more than the sum of its parts - like Taipei, Taiwan, its neighbor to the south, HK’s appeal is not so much from any one tourist destination (though it does fare better than Taipei in that regard) but from the combination of little things that add up to a great experience. 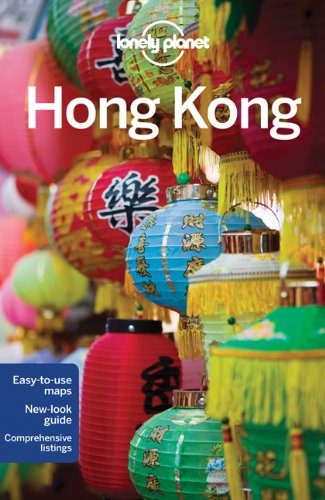