The source material Whiting's play, written in about 1960, is Aldous Huxley's novel The Devils of Loudun (I953). Huxley's narrative tells of supposed demonic possession, religious and sexual obsession, mass hysteria, public exorcisms and executions by burning. These horrific occurrences were the response to unexplained events, known as The Loudun Possessions, which occurred in a small town in 17th-century France.

The Loudun Possessions refers to an infamous witchcraft trial held in 1634. An entire convent of nuns claim to be possessed by demons. Local priest, Father Urbain Grandier is accused, tried, convicted and burned at the stake. He protests his innocence throughout.

The nuns, possessed by evil spirits, writhe on the floor 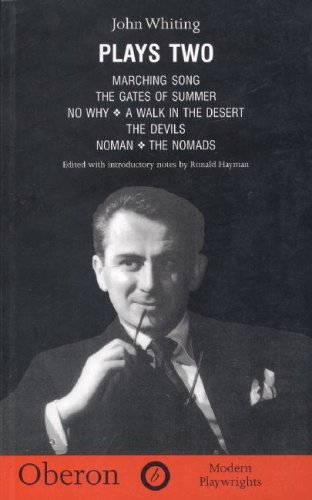 The Bizarre Story of The Devils

The play tells Father Grandier's story. Charming, young, educated and popular – wherever he speaks Grandier attracts large crowds. He is invited to take the post of head priest at St Ursula's Convent, a post he turns down.

Exacting her revenge Sister Jeanne, the prioress, claims possession by devils set upon her by the priest. Widespread hysteria follows. Accused of consorting with the Devil, both church and state seek to destroy him.

This complex play has more than twenty characters with many cast members playing more than one part. The company's incredible versatility is very clear.

The entire cast play their parts sincerely and convincingly, but special mention must go to Row Turner's outstanding presentation of Sister Jeanne. With split-second timing, she switches between Jeanne and the evil spirit that has possessed her.

The Devils has great number of small scenes. For the play to work well, timing and teamwork are vital. Director Nick Mouton and the entire cast pull together extremely well, making this production vibrant, lively, with exactly the right amount of tension and occasional dark humour.

Music Premiered in The Devils

The play features four Latin choral pieces, specially composed by Musical Director, Benjamin Thiele-Long. The four songs, beautifully performed unaccompanied, set the atmosphere, taking performers and audience through the story. The first song, Ubi Caritas (Where Charity and love are, God is there) sets up the initial peace.

Deus in Adjutorium and Dies Irae show the fine line between harmony and discord. In the final piece, the Gloria, the chorus cries out "Glory to God in the Highest". Harmonies are powerful and dramatic, but slowly return to the more calming tones of the peace that once was. 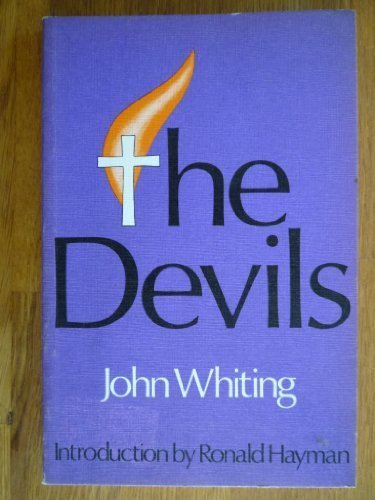 Director Nick Mouton discussed the production with Infobarrel. Nick gives us a fascinating insight into what it takes to produce a play such as The Devils.

Infobarrel: I understand you've been a member of Sedos on and off for some time, but this is the first time you've directed for the company - what attracted you to this play?

Nick Mouton: I’ve wanted to direct ‘The Devils’ for a long time. The play is made up of over 30 short scenes that link into each other. I felt that in order to do it justice it would be best to perform it on a large stage, that way you can have more than one scene running simultaneously with another without the stage looking too crammed and claustrophobic. It also has a large cast so having a big backstage also helps.

Infobarrel: What would you say is the most important skill cast members need for The Devils?

Nick Mouton: A little suspension of disbelief, which I hope the audience also have, as we’re using a very stark stage and I haven’t set the show in a specific time frame. Though the story is based on an incident that happened in the 17th century, I haven’t really set the play in any specific time as the themes are relevant across all ages. I’ve loosely based it around the 1950s with some of the costumes as, similarly to Aldous Huxley’s book ‘The Devils of Loudun’, there are abstract references to the McCarthy witch-trials mentality when Grandier is put to trial, with Devil worshiping being comparable to how Communism was treated in the early 1950s.

Infobarrel: What's been the hardest challenge in bringing The Devils to opening night?

Nick Mouton: Getting the choral singing to performance level with non-singing actors was a daunting prospect, but our Musical Director, Ben Thiele-Long, has done a great job. The idea was to make the music as key a part of the play as the written word, complementing the atmosphere and feelings of the story and the setting. Ben and I worked together to choose the best pieces for the play, he re-wrote them so to simplify the arrangements and with his gentle direction the cast took to it like ducks to water.

Infobarrel: Is The Devils comparable to previous shows you've directed and if so, has that earlier experience helped with this production?

Nick Mouton: The last show I directed was Tiger at the Gates by Jean Giraudoux, translated by Christopher Fry, for KDC Theatre at The Lion and Unicorn Theatre, which like The Devils was based on apparent historical events. The play is about the few days prior to The Trojan War when there were discussions between the two parties about how to avoid bloodshed, but I set it in 1930s France to draw parallels to the outbreak of World War 2. The learning that I took from that show was that you don’t need to set a play in the period that the incident is based. The audience won’t mind you playing around with the timeframe, just as long as it makes sense. If it’s too random then you lose the audience and sometimes the cast as they don’t really understand the relevance of the period they’re portraying.

Infobarrel: Every production brings its own special memories, both serious and humorous. What will you look back on with tears, laughter or maybe even both?

Nick Mouton: I’ll look back fondly at the first time we incorporated the singing into the play. It was great hearing the cast rehearse the songs but there was still a slight air of apprehension from them as they weren’t too sure how it would fit into the play. When they eventually came to running the scenes with the music their spirits visibly lifted and it looked amazing. From that moment they understood why they had been learning how to sing Latin choral music and how important a role it plays in the show. 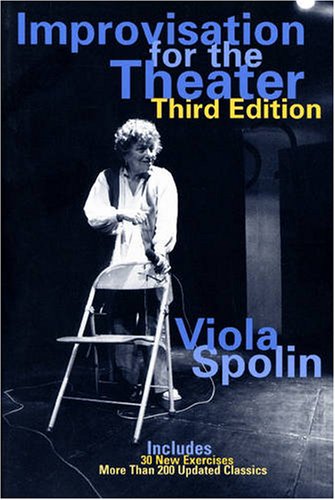 Improvisation for the Theater: A Handbook of Teaching and Directing Techniques (Drama and Performance Studies) Amazon Price: $22.95 $10.54 Buy Now(price as of Sep 30, 2015)
Putting on a play yourself? Perhaps this book will help.

The Devils - An Outstanding Performance

Once again, Sedos proves that no challenge is too great. Within a few seconds the audience forgets that this is an amateur company. Sedos has a truly professional approach to their work taking live theatre to a new level. Sedos always leaves you wanting more!

As usual Sedos have great plans for the forthcoming season including:

The company's Summer Season always includes a variety of workshops, performances, and special events with plenty of chances to learn new theatre skills.

For further information about Sedos, or if you would like to join the company, in any capacity, either on stage or behind the scenes, check out the Sedos website. If you want to see what Sedos have done recently take a look at these reviews on Infobarrel: