See a complete list of my featured articles here: "Featured Articles on InfoBarrel" If you enjoy writing and would like to earn money with your articles sign-up for InfoBarrel today!
InfoBarrel is a writing platform for non-fiction, reference-based, informative content. Opinions expressed by InfoBarrel writers are their own.
InfoBarrel > Lifestyle > Religion & Spirituality > Christianity

Five days after his announcement Pastor Chuck (as he is lovingly known to his congregation and radio listening audience) sat down with evangelist Greg Laurie for an interview which drew an audience of over 2,000 people. Everyone listened intently to Smith share the story of his life and current diagnosis.  When asked by Laurie if he was afraid of anything, Smith paused for a brief moment and then, with a grin, said "Not really." He went on to tell Laurie and the audience; "Never trade what you do know for what you don’t know. God is good and God loves me and God is working on His perfect plan in my life. So, I'm just content with that."[4]

Pastor Chuck's ministry has been built on the foundation of teaching the Word of God by studying the Bible from beginning to end and then back to the beginning again. His attention to Bible exposition has remained the same for almost 50 years and Calvary Chapel has grown from one Southern California church with 25 members to over 1,500 Churches worldwide.[5]

Someone once said "Security is not the absence of danger, but the presence of God," and an example of such security is evident in the life of Pastor Chuck Smith. I first heard about the "Hippie Preacher" in the early 80s and he along with a handful of other believers helped me establish a foundation in Christ. I am a Christ follower because God used folks like Pastor Chuck to teach the Gospel.[1] 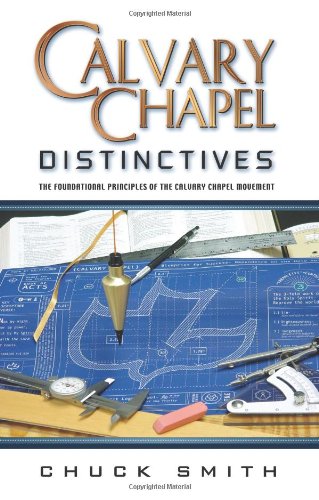 After graduating from LIFE Bible College, Chuck Smith spent several years of his ministry as the pastor for the Foursquare denomination. He left the denomination in 1965 after becoming fed-up with the politics and bureaucratic control[8] and began teaching the Bible to a congregation of 25 people in Costa Mesa, California.

This little known non-denominational church called "Calvary Chapel" is where Smith taught from the Bible week after week in a systematic way from beginning to end and back to the beginning again. This simple and consistent style of teaching with an emphasis on Bible exposition has resulted in a growth of the church that no one could've imagined.

Smith believes in the "Moses model." He states "Moses was the leader appointed by God He took 70 men, and they assisted Moses in overseeing the mundane types of issues that developed within the nation. There was the priesthood under Aaron." Smith does not feel a pastor should be micromanaged by a group or board of elders. Instead he believes, as the senior pastor his primary responsibility is to the Lord and says "One day I'm going to answer to Him, not to a board of elders."[8]

The Father of the Jesus Movement

Calvary Chapel was one of the first churches in Southern California to embrace anyone and everyone with a "come as you are" attitude. Smith was a pioneer of a less formal and more contemporary approach in worship, such as having baptisms on the beach[2] (which the church still does today).

In the late 60s, Smith met a young charismatic hippie Christian by the name of Lonnie Frisbee[9] and together they reached a group of people most churches had ignored. Frisbee, with his long hair and beard, and Smith the quintessential preacher, bridged the generation gap and brought the Gospel to hippies, surfers, drug addicts, and everyone.

On many Sundays, Calvary Chapel would be filled with long haired kids in torn jeans and sandals. These kids were welcomed with open arms, taught the Word of God by Smith, and worshiped by singing Christian songs.

Calvary Chapel and Smith were associated with the "Jesus Movement" of the 70s and Smith has even been referred to as "The father of the Jesus movement."[4] Time Magazine did a story on Smith and the "Jesus people" or as others referred to them, "Jesus freaks."

A number of the young men Smith taught became pastors themselves and now have thriving churches. People such as Mike Macintosh, Greg Laurie, Skip Heitzig, and Raul Ries all credit Smith as their mentor.

*On a personal note, I attended Ries' church as a young adult in my early 20s and the teaching I received was life changing.

Frisbee: The Life and Death of a Hippie Preacher 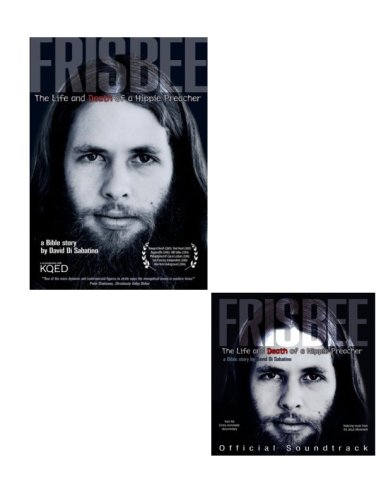 Frisbee: The Life and Death of a Hippie Preacher (Combo Pack / DVD & Soundtrack CD) Amazon Price: Buy Now(price as of May 15, 2016)

One of the Most Influential Christian Pastors in Southern California

Smith has received the Men of Character Award from the Orange County Council of the Boy Scouts of America[2] and he has also been referred to as "One of the most influential Christian pastors in Southern California." 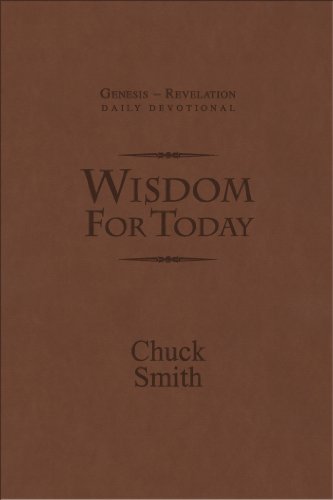 Wisdom For Today Daily Devotional Amazon Price: Buy Now(price as of May 15, 2016)

The Word for Today - Maranatha!

In addition to his ministry at Calvary Chapel, Smith also teaches the Bible and offers a catalog of his teachings through a daily radio broadcast program and publishing ministry called "The Word for Today." The focus for this ministry "is to see the body of Christ grow in their knowledge of God through the study of His Word."[5]

Calvary Chapel was also known for their contemporary worship music through their musical outreach group Maranatha! Music. The word Maranatha translates to "the Lord is coming" or "come, O Lord." Maranatha! Music was started as a nonprofit outreach in the early 70s and the group released several recordings in the 70s, 80s and 90s. The label received the National Religious Broadcasters' President's Award in 1990 and the Lifetime Achievement Award by the Gospel Music Association in 1991.[6] 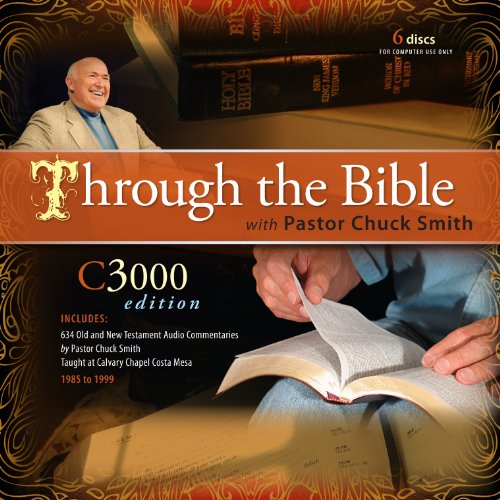 Never Trade What You do Know for What You Don't Know

The most recent update on Pastor Chuck's health comes from his daughter, Janette Smith Manderson, on the Facebook page "Praying for Chuck Smith." The post is dated April 3, 2013 and she informs page followers that her dad "had an MRI on his lungs almost two weeks ago" and the doctors had not contacted them regarding the results, thus they are interpreting this silence as good news. "Well, the doctors have not said anything, so Dad and I happily concluded that it must have been 'Clear.'" Manderson then briefly talks about the current health issues her dad is struggling with but says "they are small problems in comparison to this lung cancer battle of the last 17 months. You are dear to us and we thank God for you."

Back in 2012 when Smith was first diagnosed with lung cancer he was asked what he would say to someone facing a similar life changing event and he said "Don’t give up. Never trade what you do know for what you don't know because the question is always, 'Why?' That question will haunt you and make you crazy trying to figure out why did this happen. I don't know why. But what I do know is that God is good and God loves me and God is working on His perfect plan in my life. So, I'm just content with that."[4] In addition, when asked whether he would have done anything differently in his life, Smith said "The Lord had charge of the whole thing and so I would not try and improve on His program." 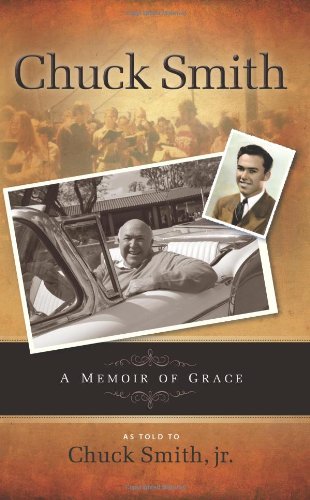 Out of a 'Decrepit Old Tent Into a Beautiful New Mansion'

Update: Pastor Chuck Smith passed-away in the early hours of October 3, 2013, he was 86. A number of tributes immediately went out through social media.

On a personal note, Pastor Chuck was a great influence in my life and I feel privileged to have had the opportunity to visit Calvary Chapel Costa Mesa and listen to him teach. I will miss him but I can't help but smile as I think about what he once said; "And one of these days, should the Lord tarry, you no doubt will pick up your paper and read, 'Chuck Smith died last night. Pastor of Calvary Chapel, etcetera, etcetera, etcetera.' Don't believe it. That's poor reporting. If they're going to tell the truth, they're going to have to say, 'Chuck Smith moved last night out of a decrepit old [holey] tent, leaky tent, into a beautiful new mansion.'"  And so he has . . .