When you first look at a Ferrari, speed and beauty instantly come to mind. For decades Ferrari has been constructing head turning vehicles. Ferrari's founder, Enzo Ferrari had been a car enthusiast all of his life. He was determined to build vehicles that went fast, but were also exquisite in design. In 1987, Ferrari had celebrated it's 40th anniversary. Enzo and his team of auto designers wanted to build something special to commemorate the company's 40th anniversary.

Enzo decided to put Leonardo Fioravanti in charge of the project. This special project later became known as the Ferrari F40. Initially Ferrari believed that it made sense to only produce a few hundred of these vehicles. The reason for this was that the F40 would be a limited edition car with a steep price tag of $400,000 ($900,000 today). Even in 1987, some of the wealthiest people were a bit skeptical of how good the car really was.

Ferrari ended up producing a little over 1,300 F40s from 1987 to 1992. Shockingly, the F40 became the most profitable vehicle Ferrari had ever built. The vehicle was supposed to be a street legal racing car instead of a Ferrari just to drive around for fun.

Italian designers made sure that the vehicle had an aerodynamic body. At the time the F40 competed directly with the Lamborghini Countach and the Porsche 959. Engineers specifically made sure that the car did not have any special features. In fact, the F40 failed to have a stereo, airbags, power steering, electric windows and locks, and it didn't even come with carpets! This car clearly was designed to do one thing and that was to go really fast! The F40 had a rear twin-turbocharged V8 engine which produced a little over 475 horsepower. The car claimed a top speed of 201 MPH and did 0-100 MPH in an astonishing 7.5 seconds.

Many car enthusiasts will claim that the F40 was the greatest supercar ever built. Even if you couldn’t listen to the your favorite song or put your cup of coffee in a cup holder or wipe off your shoes after entering the car. According to Jeremy Clarkson of the TV program “Top Gear”, he believes the F40 is simply a superior vehicle. Moreover, he claimed it should be known as “The Greatest SuperCar Ever Built”. Clarkson is known for being brutally honest when it comes to so called “SuperCars”. So if you are ever driving around and you happen to see an F40, you should think about the respect that this vehicle has earned. 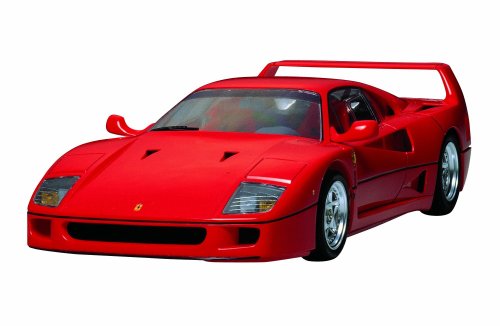