Credit: Royal Collection Trust/c Her Majesty Queen Elizabeth II 2013. Used with permission. All rights reserved.The First Georgians: Art and Monarchy 1714-1760 is the latest exhibition to open at the Queen's Gallery, Buckingham Palace. The show examines the tastes of Georg Ludwig, Elector of Hanover, and commemorates the 300th anniversary of his accession to the British throne in 1714.

Desmond Shawe-Taylor, Surveyor of The Queen's Pictures and curator of this exhibition said: ″This exhibition provides a definitive insight into the reigns of George I and George II and is the culmination of years of research into how this era is represented in the Royal Collection. The items that the early Georgian royal family collected, coveted and displayed in their residences show not only their artistic taste, but also the very human concerns that drove them.″[1] 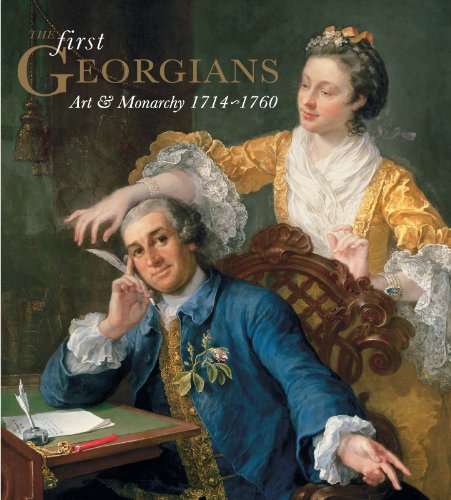 The First Georgians looks specifically at George I (r.1714–27) and his son George II (r.1727–60) and the political, intellectual and cultural scene during their reigns. The display includes a broad range of items such as documents and correspondence, battle plans and military maps, drawings, paintings, furniture and table settings which together provide a good insight into how the ruling aristocracy and newly emerging nouveau rich lived.

Nouveau Rich and Ruling Classes with Money to Spend on Luxuries

The royal family commissioned many fine portraits and landscapes by artists such as Sir Godfrey Kneller, Barthélemy du Pan and Antonio Canaletto, to name but a few. They also amassed fine collections of good china as well as silver gilt ware and beautiful furniture.

In the early Georgian era artists were not as dependent on royal patronage as they had been in the past. They were becoming famous through their own hard work. Furthermore, an increasingly wealthy leisure class had spare cash to splash out on luxury good, thus fuelling the demand for works by artists such as Antonio Canaletto, well-known for his scenes of London and other cities. 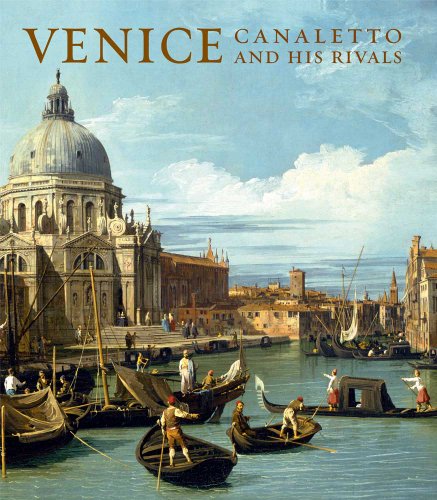 Whenever I think of the Georgian kings I visualise grand men with flowing curly wigs. The portrait of George I, King of Great Britain and Ireland, Elector of Hanover, was produced in the studio of Sir Godfrey Kneller. It is exactly what I imagine early Georgian kings looked like. In this portrait, George I, who resembles a Roman emperor with his elaborately draped cape over his armour, is represented as ″Defender of the Faith″.

Born in Lubeck, Kneller studied with Rembrandt in The Netherlands. We know that in 1676 he was working in England as a portrait painter. Popular with the Royals, Kneller depicted seven British monarchs, from Charles II to George II. Unfortunately, his portraits of Charles II are no longer in the Royal Collection). In 1715, he was the first artist to be made a Baronet.

The Children of Frederick, Princes of Wales - Barthelemy du Pan

One of the many fine group portraits featured in The First Georgians is The Children of Frederick, Prince of Wales by the Swiss portrait painter Barthélemy du Pan (1712-1763). Painted in 1746 the work shows Frederick's six eldest children playing in a landscape.

On the right-hand side, Prince George (the future George II) has fired his arrow while Prince Edward, standing just beside him, is loading his flintlock. Edward is far too late as George has already hit the popinjay with his arrow. Princess Augusta holds Prince Henry and points to the winner, and the young Prince William (still wearing skirts) holds out a victory wreath. To the left of the scene we see Princess Elizabeth driving a carriage drawn by dogs. The whole scene suggests the perfect family: the boys are engaged in sporting activities and the girls are very beautiful, loving and maternal.

London: The Thames from Somerset House Terrace towards Westminster - Canaletto

Landscapes by Canaletto (Giovanni Antonio Canal, 1697-1768) were also extremely popular. London: The Thames from Somerset House Terrace towards Westminster by Canaletto was painted in about 1750 and acquired by George III. The view is based on an engraving by Johann Sebastian Müller after Canaletto. In the far distance you can see Westminster Abbey and the towers of St John's, Smith Square.

The painting is one of a pair. The second canvas, also in the Royal Collection, shows the view in the opposite direction, looking towards the City. Canaletto worked in London for nine years from 1746, these paintings are on a type of canvas popular in Venice suggesting he painted them when he returned briefly to Venice in 1750-1. The River Thames dominates the composition and you can also see the newly completed Westminster Bridge.

This oval serving dish, made in the Chelsea Porcelain Works (London) in about 1752-56, was first noted in the Royal Collection in 1857. Made from soft paste porcelain the dish is beautifully decorated with a shaded green rim and an inner border of gilded flecking. The moulded border shows four gilded and blue cartouches painted with fruit sprays. The centre is painted with flowers and fruits.

Surprisingly, the Chelsea Porcelain factory never officially received royal patronage although one member of the royal family did commission services from the factory. In 1751, The Duke of Cumberland is mentioned in a letter from Sir Charles Hanbury-Williams, ambassador to Dresden, addressed to Henry Holland. Sir Charles says: ″I find also that the Duke is a great encourager of the Chelsea China and has bespoke a set for his own Table″. It may be that the Duke commissioned the service in the photograph.

To go with this exhibition the Royal Collection Trust has released a beautiful catalogue titled The First Georgians: Art & Monarchy 1714–1760. Edited by Desmond Shawe-Taylor, the publication has over 400 superb illustrations showing more than three hundred items, many of which have not been shown publicly until now. 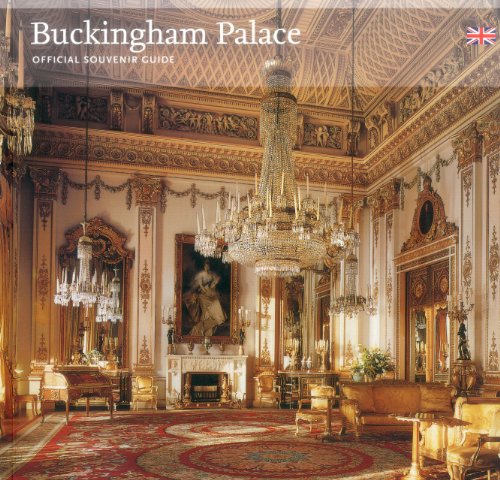