The Souls of Black Folk, published in 1903 and written by W.E.B. Dubois, is a series of essays chronicling the history and sociological issues of “the race issue” in the United States.  It covers prejudice, the economic oppression of blacks, the development of the skewed black identity, and the development of a unique African American culture.

Its main concepts are that of the double consciousness of African Americans, and the spiritual striving of that race to overcome the harsh legacy of racism.

This book is an attempt to explore the meaning of being black in a society which does not accept them, and an attempt to tell the story of a people who rose from bondage to form their own wonderful, unique culture.  Dubois within also challenges the concept of biological determinism, that is, the idea that because of the inherent deficiencies of one’s race, one could never dream of achieving equality with a superior race.

The first three chapters are a compressed history of the African American race.  He comments that the Emancipation Proclamation “seemed but to broaden and intensify the difficulties.” [1]DuBois then spends a fair amount of time explaining the progress or lack of progress made during Reconstruction to further the cause of true freedom.  He comments on the Freedman’s bureau, and the great steps it took in advancing both African American education and judicial proceedings.  However, DuBois claims that the legacy of this Freedman’s Bureau is “the work it did not do because it could not.” [1]

Chapters four through nine are more sociological in nature.  Of these chapters, the most fascinating was chapter six, entitled Of The Training of Black Men.  He begins the chapter by explaining what he feels are the three “streams of thought” in that day.  The first comes from an international community, vying for the cooperation of all the races to further the human race.  The second stream of thought is that “of the older South,- the sincere and passionate belief that somewhere between men and cattle,…God created…a Negro.” [1]  And the third stream is that of “the creature itself” crying for freedom and justice, and somewhere deep inside, wondering if perhaps those of the second stream are right after all. [1]  DuBois argues that education and training of blacks and whites alike will bring these streams of thought together.  He feels that education gives people character, understanding and hope, and that it is of the utmost importance to the raising up of the downtrodden black race.

Chapters ten through fourteen are a commentary on the development and state of African American culture.  Chapter ten is about the development of the main religion of African Americans.  The dominant religion practices by slaves was Christianity, but of a different form than that stiff version cherished by whites.  DuBois states that the three things that characterize black Christianity are “the Preacher the Music and the Frenzy.” [1]  DuBois goes on to assert that the modern black church is the center of the social life and culture of African Americans, and a breeding ground for leaders and politicians.  Another chapter of interest in this section is chapter fourteen which is a study of African American “sorrow songs”, or African American folk music.  This is an important sociological study by DuBois, and goes to show why he was later called the “father of sociology.”   DuBois says that these songs are “the music of an unhappy people, of the children of disappointment; they tell of death and suffering and unvoiced longing toward a truer world.” [1]

The most famous concept from this landmark work is that of the “double consciousness.”  That is, the tendency of blacks in America to view themselves as “other” because they live in a world that views them as inferior.  On the other hand, another part of them sees themselves as worthy individuals, capable of anything the supposedly superior races would be capable of.  Thus the life of an African American is overshadowed by this constant battle to overcome the estrangement caused by this “two-ness.”  In Remembering Jim Crow, the editorial introduction states that the “Behind the Veil” concept “conveys its own dual message-a separate existence suffused with coping with racism and its consequences and a community of hope and struggle, replenished by the strength of its distinctive values and institutions, striving to find a ‘better and truer self.’” [2]  Parting the Waters by Taylor Branch asserts that Martin Luther King Jr. himself was “entangled in [the] paradox of identity that Du Bois had made famous…To King, this meant that to represent his race nobly he had to behave more like his idea of white people and less like white people’s idea of Negroes.” [3] 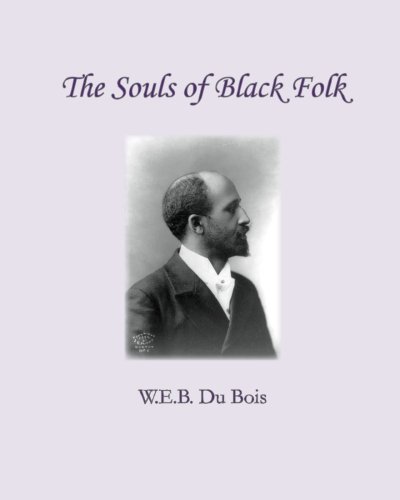 I hope you enjoyed my review of W.E.B. Dubois' landmark publication, The Souls of Black Folk.

This work was of particular significance to me in my studies.  When I was an undergraduate taking introductory History classes and struggling to find a focus for my major, this book really made an impression on me.  I helped me to better understand American, and especially Southern, history on a much depper level.  I learned from this book that history is not so much a collection of facts, statistics and dates, but it is the story of the people that made it happen.  The movements, messiahs and moments that make up people's struggles and lives are the sum total of history.