As well as being an avid writer, I am also an enthusiastic gamer, anime fan, movie buff, and love of all things strange. Being as I live with a boyfriend, I am also particularly knowledgeable about cleaning and cooking. You can join me in my adventure of writing for money here at Infobarrel. Sign Up today! Also, I wrote a book! Check out The Guild today!
InfoBarrel is a writing platform for non-fiction, reference-based, informative content. Opinions expressed by InfoBarrel writers are their own.
InfoBarrel > Lifestyle > Holidays & Celebrations > Valentine's Day

As one of the most enduring and widely recognized symbols in modern culture, it’s only natural that you see the heart on frequent display. It is used to wordlessly express love and can be formed by everything from our hands to the pixels of a text message. Its embedded on wedding cakes and plastered on everything come Valentine’s Day. However, unlike Valentine’s Day, the heart symbol wasn’t made popular in relatively recent years to sell chocolate and flowers, but rather has actually been around for thousands of years.

The First Appearance of the Heart

The original heart symbol most akin to the one we know today dates back to at least 3,000 BC where it is shown on several examples of preserved pottery. However, that iconic heart shape is not used as a crude representation for the actual love muscle, and actually has little to do with love itself. Appearing in Grecian, Cretian, Minoan, Mycean, Roman, and Corinthian imagery (pottery, frescos, and the like) the heart symbol is actual used to represent leaves, specifically ivy, grape, or fig leaves.

One of the mo

st well-preserved examples of the early heart shape comes from Greece where the leaves and bounty of the grape vine were used to symbolize Dionysus, the god of wine, fertility, and hedonism, among other sexy things. As time went on, Dionysus corrupted the ivy leaf as well. Known best in the ancient world for being a long-lasting vine, the ivy leaf eventually became a symbol for some brothel in several Grecian cities, suggesting that patrons could “go all night,” so to speak.[1]

The Pine Cone That Beats in my Chest

While the early leaf imagery certainly does look akin to the modern heart symbol, there is no direct evidence that links the leaves to the symbol as we know it today. The earliest imagery of the heart actually dates back to the Middle Ages. While Europe was still stuck in the era of Doctor Barbers, the Middle East was undergoing revolution in the field of medicine with Muslim and Jewish doctors making new discoveries in surgery, treatments for common ailments that once proved deadly, and disease prevention. It is due to the diligent record-keeping of these discoveries that helped shape the future of medicine as we know it today. While autopsies were frowned upon even by these enlightened doctors, they did happen and the world began to gain knowledge of the inner workings of a body.

Unfortunately, as these early physicians began to move into Europe, the records of medical knowledge that came from the Middle East were suppressed by the Christian Church and autopsies remained illegal, leaving doctors only with vague descriptions of what the heart looked like. Among the different texts, the heart was described as one of two ways: it was either described with the shape of a pine cone or as an inverted leaf with several “stems” used to describe the arteries.

Thanks to the Christian Church, the images of the heart in a literal sense were rare, but the 13th Century marks the earliest recording of it used in a metaphorical sense. A French novel called the Roman de la Poire, or “Romance of the Pear,” is now famous for being the first known metaphorical use of the heart. In the tale, a man hands his heart to his lover where it is compared in shape to a pine cone. Surprisingly, not long after this novel was published, Denmark would also take a similarly looking heart symbol and place it on its royal banner.

For the next 200 years, the heart would continue to be displayed like an upright pine cone with the broad side on the bottom and the thinner side at the top. However, in the 15th Century, hearts began to be displayed differently. The image was completely inverted with the broad side on the top and the thin side pointing down, as well as an indention appearing in the center of the broad side, making the image look much more like the symbol we know today. Art historians have theorized that it was changed to mimic leaves again like earlier descriptions of the actual heart, but no one can know for sure. For all we know, some artist had the shakes and added an indention by accident.

The Sacred Heart of Jesus

Regardless of the change, this new symbol of the heart began to take root in popular culture over the following centuries. In a touch of irony, the popularity of the heart symbol was prodded in no small part due to the Christian Church that had once suppressed knowledge about the actual heart.

The modern heart symbol is often dated back to the vision had by Saint Margaret Mary Alacoque in 1673 called the “Sacred Heart of Jesus”. This vision was described looking like the modern heart symbol (though occasionally painted more like a delicious looking apple), but was surrounded by thorns and occasionally depicted on fire. While the heart symbol appeared in religious context earlier, such as in Martin Luther’s “Luther Rose” coat of arms, it was the

striking imagery that was described in Saint Margaret Mary Alacoque’s vision that caused the heart symbol to become so widespread and may have even caused the symbol to be eternally linked to love.[2]

While in upcoming centuries, medical knowledge would overcome religious pressure and more factual images of the heart were spread to the public, the heart symbol had become so ingrained art and poetry that the symbol not only survived, but thrived. While the heart symbol didn’t begin out of love and doesn’t look even a little bit like an actual heart, it has become a powerful symbol over its long history. It is one that can transcend language barriers while still having the same meaning. Its history is something to think about the next time you are <3ing out that next emoticon or paying a ridiculous amount for subpar coconut-filled chocolates in a heart-shaped box this upcoming Valentine’s Day. 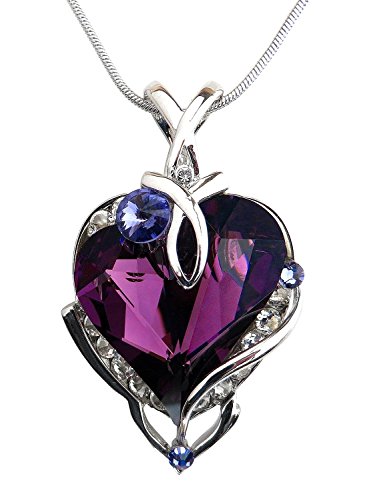