Happy Chinese New Year! Considering studying Mandarin Chinese?  Taiwan has the top Mandarin language programs for foreigners wanting to learn Chinese.  For more information, visit Best Place To Study Chinese. If you're not able to study abroad you may wish to consider using Chinese Rosetta Stone software.  Take a look here for information on the pros and cons of using Chinese Rosetta Stone . Interested in more information on Chinese New Year and the traditions associated with it?  Check out some of these articles: Chinese Red Envelopes The Chinese Zodiac Chinese New Year 2013 Chinese New Year 2014
InfoBarrel is a writing platform for non-fiction, reference-based, informative content. Opinions expressed by InfoBarrel writers are their own.
InfoBarrel > Lifestyle > Holidays & Celebrations

The red envelope is a traditional gift in Chinese and some other Asian cultures. The red envelope or red packet is called Hong Bao (literally red packet) in Mandarin Chinese. The red envelope will contain a gift of lucky money and is given during holidays and other special occasions. It is particularly associated with Chinese New Year and weddings.

The red color of the red envelope symbolizes good luck in Chinese culture and is believed to keep evil spirits at bay. The red envelope may be a simple red envelope or it may be decorated with symbols of luck such as the Buddha, a dragon and phoenix intertwined, a flowering lotus or symbols of the Chinese zodiac. It may also have Chinese calligraphy written stamped or embossed on it, often in gold, wishing the recipient good luck, prosperity or long life.

Red envelopes are mainly presented during Chinese New Year and, to a lesser extent, other holidays and important social events, particularly weddings. During Chinese New Year, red envelopes with lucky money are given to children by their parents and other elders, particularly extended relatives and close family acquaintances. Employers also often present their employees with red envelopes as a bonus and it is common in some countries,

particularly Taiwan, that employees may receive a bonus amount equal to one months' salary.

The lucky money in a red envelope is usually bills. While coins may have been given in the past it is now rare to see anything other than bills used. Some care is taken in choosing the amount to give. This will depend upon the relationship between the giver and the recipient as well as the social status of each. The amount should also end with an even digit, according to Chinese culture. Gifts of cash in odd numbers are associated with funerals. Not all even numbers are acceptable however. No amount would be given with a 4, such as 400 or 4000 as the word for 'four' in Mandarin Chinese has a similar pronunciation as the word for death.

At weddings, a gift of a chinese red envelope is considered almost compulsory if you have accepted an invitation to the event. The amount given will typically cover the cost of providing the wedding dinner and a bit more besides. It would be considered most rude to give a less than acceptable amount. In Taiwan, and often in Mainland China as well, members of the wedding party greet attendees as they arrive near the entrance at a table where the red envelopes are literally opened immediately and the amount and name of the guest is recorded in a wedding book which the married couple will later receive.

Red envelopes are readily available at bookstores, office supply stores, and grocery stores in Hong Kong, Mainland China, Taiwan and Singapore.  In the run up to Chinese New Years you will see them displayed in almost every shop.  Even 7-11 in Taiwan and other countries stock red envelopes.  Most Chinese people usually have a few red envelopes stocked away at home in case an unexpected occasion arises in which they wish to give a gift of a chinese red envelope.  You'll have to supply the lucky money yourself. 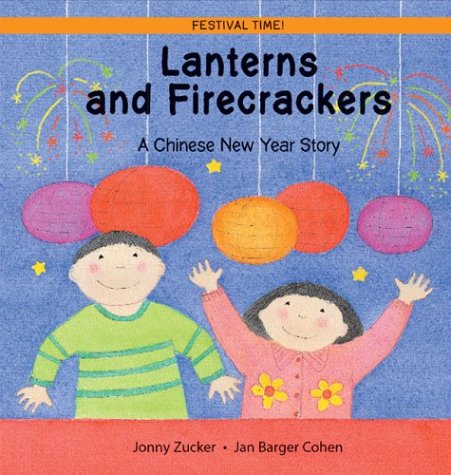 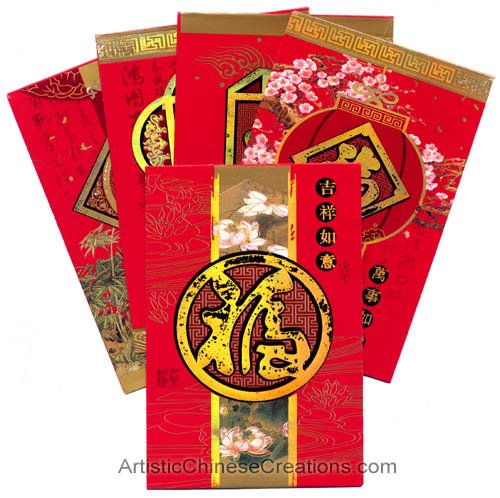 Chinese New Year Gifts / Chinese Wedding Gifts / Traditional Chinese Culture: Traditional Chinese Red Envelopes (Set of 10)Amazon Price: $1.98 Buy Now(price as of Jun 8, 2013)
Next >> How to Recycle Christmas Cards - 5 Fast Ways to Get Creative Even if you are NOT