Being a pilot is one of the coolest jobs on the planet, and if you’re a fighter pilot, it is up there with the absolute coolest jobs available. Fighter pilots as cool as astronauts, plastic surgeons, bounty hunters, roadies, and infantry soldiers the British Army. If you do any of those jobs then you have a swagger and you deserve it. Fast jet pilots live on the edge of their seats and they look danger in the face all the time. Almost anybody can look cool in a pilot’s uniform, or a flying suit and shades, but these guys and gals complete the look with their G-suits and helmets. You can tell them apart from the glorified bus drivers because they don’t wear a bus driver’s uniform; they wear combat gear. So, what magnificent steed does a fighter pilot need in order to scream across the skies? Here are the top 5 fighter jets.

This thing has been out of service for many years but the RAF still have not got anything that goes as fast as the Lightning. Imaging putting two 1300 kg fireworks inside a 17 meter tube, sitting on top of it and then lighting the fuses. That should give you some idea of the white knuckle ride that you’d be in for. The Lightning was designed to intercept Russian bombers as they attacked Britain and it could reach speeds in excess of 800mph. The fighter jet is an old one but it still looks awesome.

The McDonnell Douglas F4 Phantom looks like a beast and it was one. The Phantom could carry all manner of weapons and it was as at home fighting enemy aircraft as it was at bombing bad guys. It was once referred to as the leading distributer of MiG parts due to the amount of Russian Mikoyan Gurevich jets that it destroyed, and its fame was cemented by its performance during the Vietnam War. The Phantom was capable of flying at over 1,470mph, and when the British put their own Rolls Royce Spey engines in it, it became an even more dominant machine. The Spey engines gave the Phantom a lower top speed but they gave it better all-round performance. The Phantom just looks like a bruiser and it was. 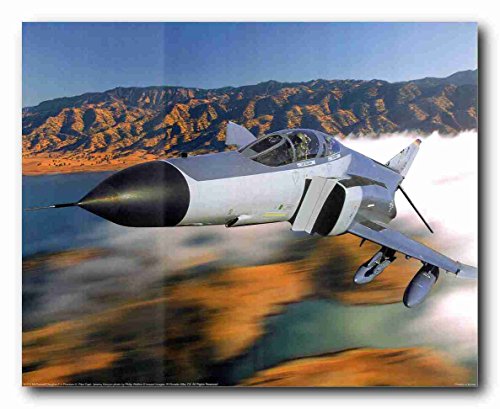 The Panavia Tornado is a big and bulky jet, just like the Phantom, and it is used in a similar way. It is a tough old boot that gets all the sorts of jobs that the newer, smarter, jets don’t want. During the Gulf War, RAF pilots were sent into Iraq at dangerously low altitude in order to deal death on the enemy up close. The RAF pilots carried on a tradition of being brave to the point of stupidity but all the time being reliable and professional whilst in the air. Two RAF Tornados struck the ground while flying low through Iraqi airspace and more were hit by surface to air missiles (SAMs). The Tornado proved it’s self to be a superb fighter bomber and crews from many nations enjoy the rugged character of the aircraft.

The Harrier may not be the fastest jet, it may not be able to carry the most ordnance, but it is the only aircraft that is capable of true vertical take-off and landing (VTOL). The Harrier is a very capable close air support aircraft and it has been the savior of many an infantry soldier. When the British took the Falkland Island back from Argentina in 1982, the Harrier was the only fighter aircraft available to take on Argentine bombers. Due to the Argentine pilots having very little loiter time over their targets, the Harrier enjoyed very favorable odds when taking on its enemy. It also held its own in the ground attack role while supporting friendly troops in the South Atlantic. Since the RAF took it out of service in 2011, nothing has come close to replacing it. The history books will look fondly on the Harrier. 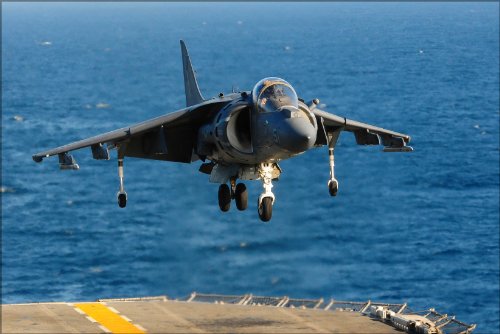 When it comes to cool fighters, there is nothing that comes close to the Grumman F14 Tomcat. Designed as an interceptor for the United States Navy, the Tomcat was capable of carrying a dazzling array of air-to-air (AA) missiles. Whether the enemy was at short range, medium range, or long range, the Tomcat could engage him. The sheer size of its 4 meter Phoenix, a long range mach 5 missile, goes to show how monstrous this faster than fast jet really was. If the armament wasn’t enough to tip the awesomeness scale, Tom Cruise brought the Tomcat roaring into popular culture in the film Top Gun. Any man worth his salt has seen the movie and they wouldn’t be normal if they hadn’t dreamed that they were a Tomcat driver themselves. Watching it twist and turn through the rocky desert of Nevada, while dog fighting with slippery little A4 Skyhawks, displays how impressive the Tomcat really was. It was effective in live combat too. The US Navy shot down four Libyan MiGs in the 1980s and the Imperial Iranian Air Force shredded Iraqi MiGs and Mirages during the Iran Iraq war. The Tomcat was a true warrior of the skies during its long and successful career and it tops the list of the coolest fighter jets.

Doubtless, you will have some thoughts on which other fighters should have made it into this list. Why not start a debate and get your favorite listed. There are plenty more aeroplanes worthy of a mention. 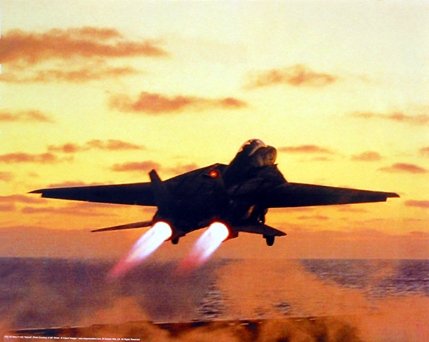