Are you a travel hipster? Do you like to go to places that no one ever goes so that you can say you have been there? Probably not. No, you likely prefer to take the road far less travelled to have experiences like no other. You seek solitary country villages and barren beaches where there is not another tourist around. While the world is a heavily traveled place, there are still some countries that even seasoned world travelers don’t realize exist. Some might not be around for much longer, while some remain hidden due to their inaccessibility by typical means.

If you want to get a taste of what an explorer felt like when they discovered a new place never before seen by the rest of the world, then you will want to check out these five countries that the United Nations World Tourism Organization ranks as the least visited countries in the world.

Located off the coast of Madagascar in the Indian Ocean, there is a collection of islands that few outside the area know exist called Comoros. While it gets a fair amount of travel from nearby countries, and is easily accessible by plane from Madagascar, Comoros is not always a safe place. Over the years, it has endured 30 different coups to overthrow the government, so you will definitely want to check the political situation before visiting.

Once there, this African archipelago is an untouched wilderness. On land, visitors get a chance to trek through the lush jungle through to the mountains where they can visit the Karthala volcanic crater. However, jungle, mountains, and golden beaches are nice, but those who do come here come for the water. With some of the healthiest reefs in the world, visitors come to snorkel and dive among giant sea turtles and the dolphins playing off the coast of Hahaya.

What a surprise, another African country. Well, not really a surprise considering most people can’t name even half of the countries in Africa. Regardless, as Africa’s second smallest country, Sao Tome and Principe only receives about 8,000 yearly visits from outsiders. Sao Tome and Principe is an island located off the coast of Central Africa. Straddling the equator, it enjoys warm temperatures all year-round which had once caused it to become a thriving plantation island. As the island depends on a waning cocoa industry, steps have been taken in the country to make it more attractive to tourists.

Prior to colonization by the Portuguese this island was uninhabited, but not too much has changed. Most of the plantations have been reclaimed by rain forests and the island actually has a pretty small population. One of the highlights of the island is Obo National Park that is home to 109 different species of orchids. However, most tourists that do come here, come here for the secluded beaches and lively coral reefs off shore.

The Caribbean is a crowded place these days, and once upon a time Montserrat was the same, but not anymore. Located in the Lesser Antilles, this was once the preferred Caribbean vacation spot for British visitors. However, Montserrat has been plagued by constant natural disasters. First it was ravaged by Hurricane Hugo in 1989, taking 90 percent of the islands structures down. Then in 1995 it was again ravaged by the eruption of the previously dormant Soufriere Hills volcano.

Montserrat has since recovered, but it really hasn’t recovered its tourism. However, the volcano that once nearly destroyed the island is now one of its major highlights. Alongside beautiful beaches, those who do come back to visit also enjoy the distinctively laid-back atmosphere.

Hawaii isn’t the only island paradise in the middle of the Pacific. Just five hours north of Hawaii is Kiribati, its hidden cousin. Made up of 33 coral atolls, Kiribati is renowned for its beautiful beach scenery. However, behind this beauty is a deadly history. With beaches laced with abandoned machines of war, Kiribati is famous for seeing some of the most vicious fighting in the Pacific theatre in World War II. As such, it has made this series of islands popular for shipwreck diving.

While Kiribati is a slice of paradise with friendly locals, if you visit, you best be prepared for a lot of roughing it. Kiribati has other problems to focus on than the comfort of tourists. Its main island, Tarawa, is one of the most poverty stricken areas in the world, but all the biggest problem on these islands is that they are sinking. Due to a very low position above sea level, Kiribati is quickly disappearing underneath the waves. So much so, that there are plans in place for the people to relocate to a new island near Fiji. So if you want to visit this area, you better hurry.

While staying at a little ramshackle where your backyard is literally the ocean kept at bay by a worn sea wall is fun, most people come to Kiribati in order to travel to the Phoenix Island Marine Protected Area, the largest marine protected area in the world. However, if you are into island hopping, this area of the South Pacific is rich with both inhabited and uninhabited islands.

So what is the least visited country in the world? It is the South Pacific archipelago nation of Tuvalu. This country isn’t too far from Kiribati, actually. At one point, it was actually a British colony lumped with Kiribati under the name Gilbert Islands. However, now it stands on its own.

As a slice of paradise with virtually no crime, it is hard to believe no one ever comes here. Although, that is perhaps due to the lack of anything happening ever. Aside from some fighting during World War II, nothing happens here. There are no hills, no architectural heritage, no sights to see. You come here to explore the perfectly preserved culture, lounge on the beach, or scuba the diverse marine habitats. There really is nothing else to do. 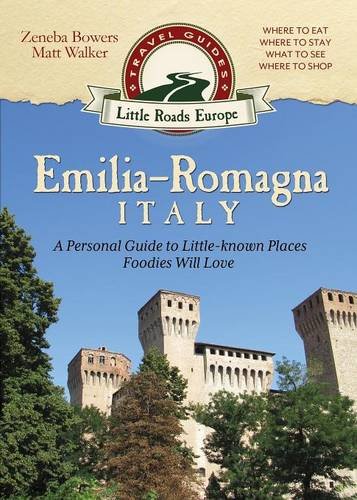