The Tragedy of the USS Akron

Built in Ohio for the U.S. Navy, the USS Akron was the first of two of its kind, the other being the USS Macon. Plans were for them to be used in scouting missions. The sister ships were two of the largest zeppelins ever built.[1]

Launched in 1931, early flights of the Akron took place over Ohio, Michigan, Wisconsin and Indiana. In October of that year, it was flown to New Jersey, where it would be based. A few months later, the ship was in its first accident after its tail came loose.

Although the plan was for the Akron to be used for scouting, it was soon thought that the Akron and the Macon (still being built at the time) could be used as the first flying aircraft carriers. In May of 1932, demonstrations were held to show authorities how the process would work and how the Akron could handle added aircraft. A few days later, a second accident involving the ship occurred in a botched mooring attempt in California. The incident resulted in the death of two men. A third incident took place three months later.

Ultimately, the Akron and the Macon would carry Curtiss F9C Sparrowhawks.[2] The Akron would be sent to Panama for a mission in 1933.

On April 3, 1933, the Akron was flying over the coast of New England. It was assisting in the calibration of radio direction finder stations. Among those on board were Rear Admiral William A. Moffett and Mack Trucks Vice President Alfred F. Masury.

Severe weather began to cause problems for the ship. Not long after midnight on April 4th, the Akron was overtaken by intense winds. Its lower fin made contact with the ocean, ripping it off. Quickly, the Akron began to break apart and sink.

The crew of a German merchant ship, having seen lights falling towards the water, arrived on the scene and pulled four men onto their vessel. Only three would survive. Despite the efforts of the German crew, who would search for several hours, no other survivors were found. A second Naval airship, the J-3, set out to aid in the search, ending with terrible results. Two of its crew members lost their lives.[3]

The crash and sinking of the Akron has been widely considered the worst airship disaster in history.

In 1935, the Akron's sister ship encountered a storm over the Pacific Ocean and it would result in the vessel's demise, along with four planes it was carrying.[4] Two men were killed during the incident.

The precise location of the wreckage is not available to the public, but it is known to be in the Monterey Bay National Marine Sanctuary. In 2010, the wreckage site was added to the National Register of Historic Places. 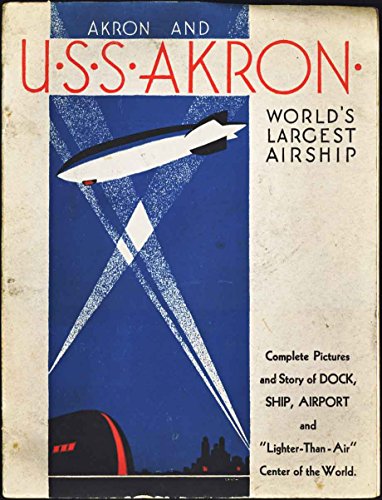 Akron and U.S.S. Akron, World's Largest Airship: Complete Pictures and Story of the Dock, Ship, Airport and 'Lighter-than-Air-Center' of the World Amazon Price: Buy Now(price as of May 28, 2016) 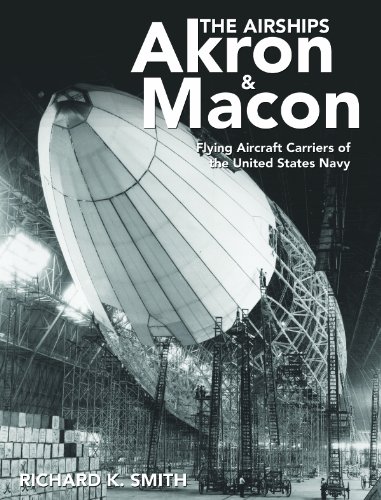 The Airships Akron and Macon: Flying Aircraft Carriers of the U.S. Navy Amazon Price: $39.95 $31.96 Buy Now(price as of May 28, 2016)
Next >> The Sinking of the USAT Dorchester and the Incredible Acts of Bravery That Tragic Night