Who doesn’t love a good day at the beach? It is a locale that literally never gets old, but shores lined with white, gold, and gray sand are so normal. Around the world there are some truly unique beaches from man-made wonders to shore that aren’t lined with sand at all. However, unlike some unique sights, you don’t need to be an intrepid adventurer to visit these 5 wonderfully weird beaches around the world.

Not all beaches have be located outdoors, apparently. In a feat of excellent engineering, the Seagaia Resort of Japan managed to create an indoor sandy wonderland along the coastal highway outside of the city of Myazaki. I guess they figured if they couldn’t get some of Japan’s prime beach real estate, why not just build their own, right? Or that would be the case, but they actually have an actual beach not 1,000 feet away from their fake one.

However, indoor beaches aren’t really that special, but this one is. Not only is the temperature of the air and water controlled throughout the year, but in the summer months, they can actually open up the roof to let the real sunshine in. However, even when it is raining, the retractable roof keeps skies blue for the 10,000 visitors that this big dome can squeeze in. With an air temperature at a pleasant 86 degrees, water at 82 degrees, and their own flame spewing volcano, it is easy to see why this faux seaside attracts around one million visitors per year since it opened in 1993.

Glass Beach would be utterly unremarkable if it wasn’t for nature making something beautiful out of our own sheer ugliness.

Located inside MacKerricher Star Park outside of Fort Bragg, California, Glass Beach is exactly what its name suggests it is. It is an area whose sand is made up of the abundant sea glass that came from years of rampant dumping in the ocean outside this area. However, this beach is no sharp slivers in the sand, the ocean eroded down the glass shards to that they are as round and smooth as pebbles.

Naturally, once the glass was beautified, tons of tourists come here looking to pick up the sea glass pebbles, but it is strictly forbidden. Although, the pebbles can also be found at surrounding beaches where it is perfectly fine to take them.

One weird little tidbit about Glass Beach is that due to the waves constantly grinding the glass down, the glass pebbles are slowly diminishing. Yet, that is not the weird part. There is actually a movement that wants to add more glass to the beach so that it remains as colorfully vibrant. It is a bit ironic, isn’t it? Regardless, if enjoying this area teaches even one person how much waste is dumped into the sea, I guess it is worth it. Providing they keep in mind that most ocean trash doesn’t end up quite so beautiful.

If you aren’t exploring New Zealand’s mountains and rolling grasslands, you are enjoying its beaches and hot springs. It sure is one heck of a rugged country for outdoors people, but it is also a country where nature decided to make the beach even better. At Hot Water Beach on the east coast of the Coromandel Peninsula, you can enjoy both sometime in the sand and sea as well as a hot spring.

At this beach, water from an underground hot spring comes burbling up through the sand before running into the ocean. In order to enjoy it, visitors come with shovels, buckets, or their bare hands to dig themselves a little pit right by the water. The pit then fills with water and suddenly you have yourself a private little hot spring pool. Don’t worry if you forget your shovel, though. A nearby surf shop rents them out.

Of course, you only have about four hours around low tide in order to enjoy it, but with water temperature reaching 147 degrees, the ocean in this area is always a little bit warmer than the surrounding beaches as well.

Maho Beach is located on the Dutch side of the Caribbean island Saint Martin. It is actually considered a completely different country called Sint Maarten, but that is really just Dutch for Saint Martin. Regardless, this area is considered unique for something that would bother most beachgoers – airport adjacency.

Located next to Princess Juliana International Airport, this is the only beach in the world where you can see low flying full sized airliners closer than you ever wanted to. As the airlines fly so close when departing and landing, this area has become a hot spot for plane spotters. It is so popular that the timetables for the airport are displayed at almost all the restaurants that line the sand.

While this is certainly no spot for a day of sunbathing and relaxation, you won’t find better sights.

So what gives this beach its distinctive color?

The sand on Papakolea is infused with a unique mineral called olivine that comes from the nearby cinder cone. The area is actually half circled by the cinder cone, one half making up the hills surrounding the beach, the other half collapsed into the ocean and eroded to make the area. It is the olivine mixed with Hawaii’s typical golden and white sand that gives this beach such a unique color.

However, as it is surrounded by pasture lands with no roads leading in, be ready for a bit of a trek to reach this beach. It is also worth noting that you can net a hefty fine if they find you trying to remove sand from the shore. It looks pretty, to be sure, but just let it be. 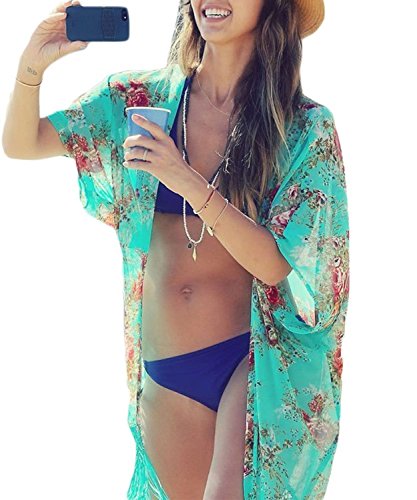