Although not as popular in the US, soccer is the by far most popular, most watched, and most participated team sport in the world. Whether it simply be a kick about on the local park, or at a magnificient great stadium that is respected like a 'Cathedral of Soccer', wherever the game is being played, you will always find passion both on the pitch, and in the spectators watching.

Here we look at possibly the 5 greatest soccer stadiums, in no specific order, that you will find anywhere in the world. Although this list includes the venue which holds the world record for highest attendance at a soccer match, as well as the current top 3 largest capacity stadium's in Europe, it is not a deinitive collection of the current 5 largest, the 5 oldest, the 5 most expensive or even the 5 most picturesque in the world. This is a list of what is believed to be the 5 most awe-inspiring, illustrious and above all truly magnificent venue's purely designed for 'The Beautiful Game'.

Originally built in 1923, the original Wembley Stadium - famous for its Twin Towers - was demolished in 2002 to be completely rebuilt into a modern national stadium that the England National Team would be proud of to call their home ground. After construction delays and legal wrangles, the 'New' Wembley was finally opened in March 2007 at a cost of over £750 million ($1,165 million) with a capacity of 90,000 spectators, which the is second largest stadium in Europe behind only Barcelona's Nou Camp. Designed by world famous architect Sir Norman Foster, in keeping with style from the original construction's focal point of it's Twin Towers, the main centre piece of this creation is the 134 meter high steel arch, which stretchs a span of 317 meters over the length of the Stadium and is the worlds longest single span roof structure and which actually requires beacons to alert low flying aircraft.

Home to this century's most successful team, FC Barcelona, The Nou Camp has the highest capacity in Europe, with it being able to hold 99,786. This capacity has been reduced through renovations, and the record attendance for a matchto be held here is a staggering 120,000 people who squeezed inside the stadium to witness a match between the home side and Juventus of Italy on March 5th 1985. The bowl shaped arena was first built in 1957 and has been through at least two major changes in that time in order to keep pace with both demand, and expectations ofits' supporters as the team on the pitch formed themselves into what in recent seasons been critically proclaimed as arguably the greatest club side that has ever played soccer.

The Maracana was built in 1950 in Brazil's most famous city in order to be used as a venue for the 1950 FIFA World Cup. Along with probably every major stadium in the world, it has been renovated a number of times in order to modernise and to increase safety standards by removing terraced standing areas in favour of safer seated sections, and this has reduced its overall capacity to its current level of 78,854 spectators. However when it was originally constructed capacity was well over double this amount and it was whilst hosting the final of the 1950 tournament on July 16th 1950 between Brazil and Uruguay, that it set the current world record attendance for a football match. The official (paid) attendance that day was 199,854 but the game's actual attendance was believed to be around 210,000. With the 2014 FIFA World Cup being held in Brazil next year, The Maracana is scheduled to host a number of matches, including once again the Final. 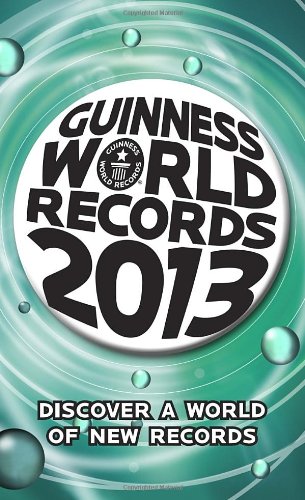 More commonly known as the San Siro, after the borough of the city in which it was constructed, with a capacity of 80,018 this is the joint home stadium to fierce Milan rivals AC Milan and Internazionale (or Inter Milan). Originally open in 1926 as home to AC Milan, it was one of only two soccer stadiums at that time in Italy that was built without a running track surrounding the pitch, allowing the fans to be nearer the pitch. Then in 1947 Inter Milan moved to play their home matches at the San Siro and the two have shared the ground ever since, although Internazionale are currently looking into plans to build a specific 60,000 seater stadium of their own.  The stadium is famous for the bright red girders of the roof, and the concrete towers in each corner supporting it, which was installed along with the third tier of seating on just three sides (crating the unique part open side) in order to prepare the venue to host games at the 1990 FIFA World Cup held that year in Italy.

Originally onstructed in 1947 under the original name of Nuevo Estadio Chamartin (New Chamartin Stadium) with a then a capacity of over 75,000. It was not until 1955 that the decision was taken to change its' name to the current one in honour of Club President and the Project Manager of construction, Santiago Bernabeu Yeste. With a current capacity of 85,454, Real Madrid's home is the third largest stadium in Europe, behind Spanish rivals Barcelona's Nou Camp and England's Wembley, and is widely acclaimed as being one of the few true cathedral or coliseums of soccer. The Santiago Bernebeu was used as the venue for the 1982 FIFA World Cup Final, between Italy and West Germany, and underwent a period of renovation to prepare it for this event. 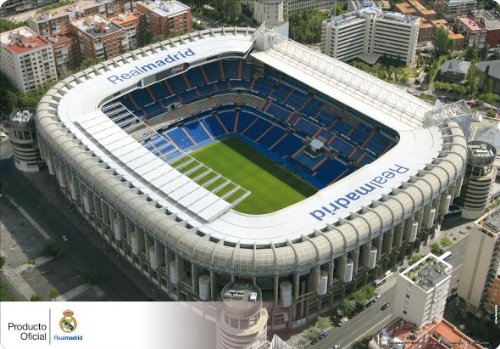 The debate between soccer fans over who has the best home stadium for a variety of reasons will go on for as long as the game itself is played. Do you agree with this list? I'd like to hear your thoughts and suggestions on what would make up your top 5 soccer stadiums. Please add you comment below to continue the debate!