No other animal has aided humanity's rise to preeminence on this planet more than the canine.

Domesticated thousands of years ago, dogs (initially from wolf stock) insured survival of the human organism.  Recent scholarship points up that Cro-Magnons' eventual supremacy over the Neanderthals (with whom they shared the wilds of Europe around 40,000 years ago) was not because of greater brain capacity or technology (the two groups were roughly equal in that sense with Neanderthal having a slight edge).

No, it was because of the domestication of canines that Cro-Magnon supplanted his stockier and (perhaps) more evolutionarily favored neighbors, the Neanderthals (who had no furry friends by the fireside).

Dogs led to an increase of 56% in successful hunting (as retrievers and "weapons").  This "extra" food meant Cro-Magnon had an advantage over Neanderthals (who tended to view the gnarly canine as a food source and not an ally).  They also provided protection from "outsiders" (whether man or beast) and much-needed warmth on colder Ice Age nights when fire alone wasn't enough.

Dogs are resourceful, and of all the animals on the planet, they are perhaps the most interlaced with humanity's development from cave-dwelling creatures into the settled tribes seen today.

Their history is one of continual genetic refinement.  Humans have cross-bred and inbred animals over the millennia to achieve perceived perfection of form or to enhance desirable traits, such as longer hair or better herding capabilities.  Unfortunately, if left unchecked, this inbreeding results in poorer animals because inbreeding increases the likelihood of mutations and other recessive defects becoming dominant in any given breed. The quest for the "healthiest" is a fallacious one in the sense that there is almost no single breed that is the "healthiest" of all.  Inbreeding for show purposes has seen to that.  In the past, what were typified as "working" dogs (herders, such as collies; or "sporting" dogs, such as retrievers) were healthier than other breeds.  Although this is no longer generally true, there are still some whose overall health is better than most, despite inbreeding.  Those noted here have some of the fewest overall health issues, and all have better than average life spans (ranging on average from ten to sixteen years).   An interesting correlative as a health indicator: the larger the animal, the more physical problems it is susceptible to.  Size is the one trait that has a rather linear correlation with lifespan.  Bigger canines have shorter life spans and suffer more often from crippling arthritis and hip dysplasia.  At the other end of the scale, extremely small dogs (inbred to continually reduce their size) may suffer more disorders than their standard-sized counterparts (kidney and other organ failures). Obesity, as with humans, is a growing problem with dogs as well.  Obesity is the owner's fault, not the dog's.  Overfeeding and improper exercise combine to shorten any pet's life.  Proper diet is important.  However, obesity in some breeds is a clear sign of Cushing's disease (a glandular problem).All the dogs mentioned here are wonderful animals; all have their fans and proud owners.  Each has its special traits that make it desirable for whatever reason.

This is not a "favorite" list.  This is a practical recitation of popular breeds comparatively—these breeds overall exhibit fewer health issues than many others, and they are ranked accordingly.  Thus, the number ten dog is subject to more potential physical problems than the number two dog.

Every one on this list, however, is far and away healthier and less costly in vet visits than many other popular breeds.

Credit: wiki commonsThis dog, despite being number ten on this top ten healthiest dogs list, is regarded as the most intelligent almost universally.  The Border Collie is an older breed of work dog, and is the most widespread of the Collie breeds.  It was developed along the Anglo-Scottish frontier for livestock herding, especially sheep.

Anyone who has ever had the pleasure of watching one of these dogs in action herding a flock of sheep is amazed at the energy and genuine intuition the dog brings to the task.  These dogs are almost prescient, and one Border Collie in early 2011 was discovered to have a vocabulary understanding of over 1,000 words of human speech.

Hip dysplasia and epilepsy are common along with a breed-specific eye condition called "Collie Eye Anomaly" (affects the retina and sclera of the dog's eyes, leading to impaired vision).  Also, many succumb to cancer.    #9—Alaskan Malamute

Credit: wiki commonsThis beautiful animal, known by many as the typical "Eskimo" sled dog, is a real workhorse of a canine.  They are often confused with Siberian Huskies.

These dogs live and labor in some of the coldest climates on earth—consequently, an obvious problem for them and other trans-Siberian animals is extreme heat.  Though they live many years, hip dysplasia can occur, and they also have a predisposition to hereditary cataracts.  #8—Shetland Sheepdog

Credit: wiki commonsAnother herding dog, these little cuties (also known as "Shelties") are great favorites among small children (in a group of toddlers, Shelties have been observed attempting to "herd" them, an entertaining sight).

Like all herding breeds they are energetic, but later in life are prone to arthritis and hereditary cataracts.   #7—German Shepherd

Credit: wiki commonsSometimes called the Alsatian, the German Shepherd ranks third in intelligence (behind the poodle).  It is one of the newest breeds of herding dogs, originating in 1899.

A major dog health problem relating to spinal curvature has been noted more often in recent years, especially in the Americanized version of the breed (European German Shepherds, not subject to such draconian inbreeding, do not suffer this anomaly as often).

As in larger dogs, they are subject to hip dysplasia.  Also, German Shepherds can exhibit a neurological disorder called myelopathy.  Overall, though, these dogs are durable, and they have served as watch dogs and rescue animals for decades.

Because of these mobility issues they are no longer always the preferred dog for working areas such as in police, military, and search and rescue operations.

#6—Pembroke Welsh CorgiThis stumpy canine with the radar antennae ears is one of the smallest breeds of herding dogs, and yes, it originated in Wales.

This dog has been a favorite of the British Royal family for over 70 years, and Queen Elizabeth II owns several of them.  It is number eleven in intelligence.

Most of the health problems these animals develop are related to aging: Von Willebrand's disease (which affects blood platelets), hip dysplasia, and myelopathy are common.

Credit: wiki commonsThese are very popular dogs for families with children; the dogs are gentle and patient.

The Labrador Retriever is also very active and playful.  And, as its name clearly states, it loves to play fetch.  They were bred as retrievers of waterfowl; the undercoat is wiry and water-resistant.

Labradors have webbed paws for swimming—its original function was retrieving fishing nets!  By official registration numbers the Labrador is the most popular dog in Canada, the UK, and in the US (since 1991).  They have relatively few health problems; two common ones are hereditary (myelopathy and retinal atrophy).  #4—Siberian Husky

Credit: wiki commonsThis stunning dog was bred in the north of Siberia, and it is a member of the Spitz family of dogs.  Its best-known feature is its ice-blue eyes, but these dogs can also have amber or brown eyes, or even eyes of two different colors.  They have the thick musculature of the Alaskan Malamute, and are similarly strong work dogs. They were bred to pull heavy loads long distances through difficult conditions.

During Alaska's Nome Gold Rush (1899-1909) they were imported from Asia as sled dogs; they later spread into Canada and the US.  These dogs have few issues of poor health—the two most common are hereditary (eye defects and seizures).  This dog is one of the few to be nearly free of incidence of hip dysplasia (less than 2% incidence rate). #3—Whippet

Credit: wiki commonsDespite its fragile appearance this racing dog is surprisingly hale.  Its lightweight structure, considering it is in the larger breeds of dogs, assures it of no hip dysplasia problems.  Whippets also live an average of 13 years.   They are not subject to any of the common problems of dogs.

Undescended testicles in the breed are common, however.  Another problem in some animals is called "athletic heart syndrome".  These dogs were bred to race—their hearts are very large and at rest beat very slowly.  Sometimes, the heartbeat may be arrhythmic or intermittent.  #2—Rottweiler

Credit: wiki commonsThis lovable lug was developed as a herding dog in Germany.  They were called "Rottweil butcher's dogs" because they herded livestock and pulled carts loaded with butchered meats for market.

Rottweilers are now used in search and rescue, as guide dogs for the blind, and as guard or police dogs.  These dogs have almost no health problems, but because of their larger size they can (rarely) develop hip dysplasia.  Overall, they are extremely low maintenance.  #1—Heinz 57

Credit: coolspotters.comIt may seem as if a cheat has been perpetrated, but the mutt or mongrel is the overall healthiest dog breed on the planet.  This canine, which is just plain "dawg" through and through, has a richly diverse genetic background in his or her makeup and that diversity is what keeps the mutt healthy.

Mutts rarely develop the consistent genetic disorders some breeds are known for simply because those undesirable traits don't always get a chance to pass from generation to generation.  They are also highly resistant to parasitism and communicable diseases.  A mutt can be as great a companion as any registered breed, and most have high inherent intelligence.

As with all dogs they are not resistant to accident, mistreatment, or obesity—owners need to take as good care of their mongrel as they would the most pampered poodle (the dog breed with one of the highest rates of health problems, by the way). 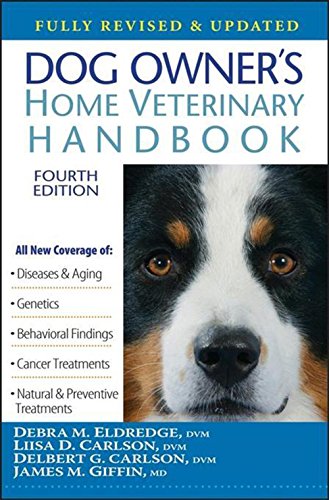 by the author--doesn't have anything to do with dogs!