There has been a time and place where you have finished a show that you have been following from the first to the last episode. Upon completion you just sit there feeling lost and not knowing what to do as you desperately search on Google for a hope of another episode or season. However there is no more and you come to a conclusion that you must move on. Lucky for you I have compiled the Top 10 Most Addictive TV Series in the modern era so that you may experience that vicious cycle all over again. Lets start with number 10...

Harvey: I'm inclined to give you a shot, but what if I decide to go another way?

Mike: I'd say that's fair. Sometimes I like to hang out with people who aren't that bright, you know, just to see how the other half lives.

Suits is a TV drama about the lives of Mike Ross and Harvey Specter that has been currently running for at least 3 seasons. It is set in New York, where both characters work at a law firm. The catch is, Mike is a college drop-out with eidetic memory, and Harvey hires him as an associate even without a degree. The story focuses on how Mike and Harvey try to keep Mike’s secret, while handling cases and practicing law at the firm. A must watch if you are into smart humour.

Jay: Your mom?!Mitchell: No, no your mom. She's back from the grave.' Yes, yes, my mom, dad.Jay: My mom would be less scary.

Modern Family is a famous TV sitcom due to its mockumentary style presentation, where characters talk to the camera directly in a few scenes. The series is all about Jay Pritchett and his “modern family”, consisting of his new young wife, a stepson, two adult children and their families, and a new baby son. Confusing? Watch all the past 5 seasons to know why this show has been awarded a number of recognitions including the Emmy Award for Outstanding Comedy Series.

Mike: Why didn't you kill him?Ryan: Because this needs to end, Mike.

The Following is a popular TV drama series starring Kevin Bacon as Ryan, an ex-FBI agent who is trying to catch a serial killer and his group of fanatical killers. This series recently just concluded its second season, and has been renewed for its third. The following has been cited as one of the most frightening and most violent series there is. It was nominated as one of the Best Network Television Series. Kevin Bacon even won the Best Actor on Television in the 39th Saturn Awards for the show. For those who love their horror and drama, this series is just right for you.

Emily: The greatest weapon anyone can use against us is our own mind.

The plot revolves around Emily Thorne, who plans revenge on everyone that helped frame her father for treason, back when she was still a young girl. It is said that Revenge is the highest rated TV series for ABC ever since “Lost”. Revenge also won numerous TV awards like Outstanding Drama from Gracie Allen Awards, and Best New Indulgence from NewNowNext Awards. This drama is very addictive to watch and because of that it was recently renewed for a fourth season.

Sgt. Doakes: You give me the fucking creeps, you know that Dexter? Dexter: Yeah, I know, sorry about that.

Dexter is a critically acclaimed TV drama series that surely reeled everyone in watching it every week. The series ran for 8 seasons, with four straight Emmy nominations in its first 4 seasons. This drama is all about Dexter Morgan, who is a blood spatter pattern analyst who works at the Miami Metro Police Department. He lives a double life as a serial killer, hunting and killing criminals who managed to escape the justice system. Watch as you get hooked on this twisted drama series that will definitely give you the creeps.

Watch from the first to last season. Comes in a blood slide box how cool is that. A collectors item and a must have for any TV Series Collector out there. Best price found anywhere.

Ragnar: This land is rich, but here is the real treasure.King Horik: Earth?Ragnar: Have you not seen? Everywhere we go, there are crops. There is food growing. I am a farmer and the son of a farmer, and this is what I understand.

Vikings will be something you’ll get addicted to if you love historical dramas. You’ll enjoy watching 2 seasons of tales of the ancient Norsemen from the early Scandinavia. It follows the story of the Viking leader Ragnar Lothbrok, and his explorations in England and France. Sit back and enjoy this drama, as it will take you back to the 13th century to see legendary Norse sagas. The History Channel is where this brilliant show is aired in case you were looking for it on AMC, ABC or HBO.

One of the most favourite crime dramas of recent times. Breaking Bad stars Bryan Cranston as Walter White. The story starts when White, a chemistry teacher, has been diagnosed with lung cancer and turns to “cooking” meth to be able provide for his family even after his death. A definite masterpiece that will get you hooked for 5 seasons. Watch how Walter White turns from an innocent teacher to a bad ass drug dealer. 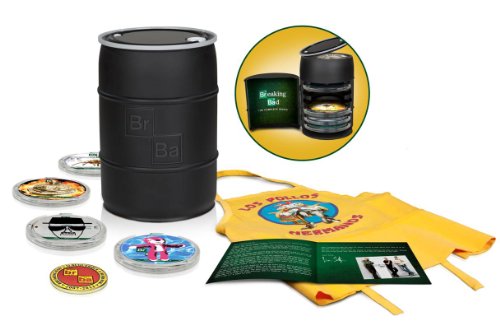 Breaking Bad: The Complete Series (2013 Barrel) [Blu-ray] Amazon Price: $150.00 Buy Now(price as of May 22, 2016)
I personally have this one myself and it is amazing. It comes in a barrel like in the show with a Los Pollos apron. If you love the show and want to watch to watch it from the beginning to end in one whole go, I highly recommend this purchase. Definitely a fantastic collectors item or a great gift idea for friends and family.

Glenn: You're surrounded by "Walkers." That's the bad news.Rick: There's good news?Glenn: No.

Fans of the zombie/horror genre would rank this as their all time favorite TV series, which would just be about right. The series follows Andrew Lincoln as sheriff’s deputy Rick Grimes, and his band of misfits and survivors, as they fight against zombies or “walkers”. Having just completed its 4th season and renewed for 5th, the series is still turning heads and inciting screams from fans and critics alike.

Jax: Do you love me? It's a simple question.Tara: It's not a simple answer.

Sons of Anarchy is a TV drama series, about the lives of an outlaw motorcycle club based in a fictional town called Charming. It follows the life of Jax Teller, the club’s initial vice president, but then questions himself and the clubs future direction. The series received favorable reviews in its sixth season run, and was even nominated at the 2010 TCA Awards as Outstanding Achievement Drama. Avid series followers surely can’t wait to know what’s going to happen in its seventh and final installation. 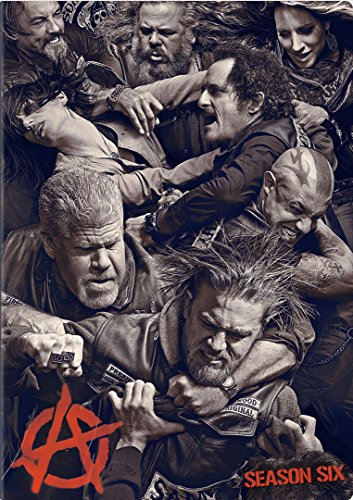 Ned: He won't be a boy forever. And, winter is coming.

Who on earth has not heard about Game of Thrones? This TV fantasy drama is an adaptation of George R. R. Martin’s popular novel series, A Song of Ice and Fire. Due to its large fan base and TV followers, the series has been renewed for a 5th and 6th season. The story comes with an interweaving and intricate plot lines that will surely get you addicted from start to end. You just need just need to sit down and watch the first 4 seasons to know what the rave is all about. If you haven't read the books, according to all the fans that have acquired both, they are all saying that the TV show itself serves the storyline justice. All hail Game of Thrones and no it is not a computer game it is a television show, just in case you were wondering!

Something you will want to watch over and over.

Well there you have it my Top 10 Most Addictive TV Series that I have come across. Who follows any of the shows above? Who believes a TV series was left out or is not in the correct order of addictiveness? I'd love to hear from you by leaving a comment below.

Also a challenge to you, if you can name the episode and the season from all the TV quotes for each TV show listed above well you are pretty damn more obsessed and more awesome than I am. Just leave your answers again in the comments below. Enjoy and happy watching!