Although we have only had an official birthstone jewelry list for about 100 years, colored stones have long been revered through history as good luck charms, amulets or talismans.  According to the American National Association of Jewelers there are 12 specific gemstones that have been selected and listed as birthstones for each month of the year. This list was officially adopted in 1912, although tanzanite was added to the list in October, 2002.

There is evidence that early humans valued these stones as long as 10,000 years ago. Often people used them in an attempt to predict the future or as aids to healing. They were also used in religious ceremonies.  Today, most of us enjoy owning gemstone jewelry for purely decorative reasons.  Knowing your birthstone color is the perfect reason to enjoy these gorgeous colored stones.

See the full line of birthstone jewelry on Amazon.com.

There are actually a variety of gemstones for each month, including both precious and semi-precious stones. However, here is a list of the 12 birthstones most commonly associated with each month of the calendar, as well as the meanings associated with those stones. Underneath each primary birthstone, you will also see some types of stones that are sometimes used as alternates.

Monthly Birthstones and Their Meaning

The January Birthstone, the garnet, stands for perseverance, consistency, patience and truth. According to the Old Farmers Almanac, wearing a garnet was once thought to keep you safe when you travel.

The February Birthstone, the amethyst, is associated with health, sincerity and peace of mind. Ancient Greeks thought that wearing an amethyst would keep you from getting drunk. In fact, the word amethyst comes from a Greek word that means "sober!" I wouldn't rely on wearing an amethyst to avoid a ticket for DUI, however.

Aquamarines, the March Birthstone, symbolize honesty, creativity, beauty and loyalty. At one time, people would soak aquamarines in water and then drink the water in order to cure heart, liver and stomach disorders! Don't try it, however. There is no medical evidence that it has any effect at all!

The April Birthstone, the diamond, is known for eternity, courage, purity and innocence. The diamond is actually thought to symbolize everlasting love which, of course, is one reason that it is a popular stone in engagement rings.

The emerald stands for happiness, faith and goodness. The emerald was one of Cleopatra's favorite gemstones. Ancient Romans dedicated the emerald to Venus, who was the goddess of love and beauty.

(Alternate May gemstones include turquoise, agates, sapphires and amber.)

Pearls are associated with health, faith, peace and longevity. Pearls are also thought to be a symbol of purity. Ancient Greeks thought that pearls were the hardened tears of joy from Aphrodite, the goddess of love.

The Peridot symbolizes dignity, fame, strength and happiness in marriage. South Pacific Islanders used to believe that the green peridot crystals that they found in volcanic ashes were the tears of the volcano goddess, Pele. When placed in a gold setting, people once believed the peridot would protect you from having nightmares.

The Sapphire is known for wisdom, purity, love and victory. The sapphire has some especially fascinating fables connected with it. It was once believed that if you put a venomous snake in a container made of sapphire, it would die! Wearing sapphires was also thought to protect you against poison. I wouldn't rely on it, however!

Opals stand for hope, truth, happiness and innocence. Opals were once worn to protect the wearer from evil, and to protect their eyesight, too.

The topaz is associated with courage, fidelity and good luck. Some people also thought you would have greater strength and intelligence if you wore topaz.

Turquoise symbolizes prosperity, success, courage and love. Turquoise rings are thought to keep away evil spirits! In addition, wearing turquoise was supposed to work as a love charm. This is one idea that it wouldn't hurt to try!

As you can see, there is no reason to limit yourself too closely when you select an item of birthstone jewelry. I have a July birthday and my birthstone is typically considered the ruby. When we were first married, my husband bought me a pearl ring that was accented with tiny rubies. It is the perfect ring for me!

You can also select other combinations to create a unique piece of birthstone jewelry that fits with your personal taste. There is no reason to settle for an item of jewelry in a color you rarely wear, simply because it is your traditional birthstone color. Use a variety of combinations to find pieces that are uniquely your own!

Where to Buy Birthstone Jewelry

While you can find a lovely selection of birthstone jewelry in virtually all fine jewelry stores, you do not have to spend a fortune in order to acquire a lovely and symbolic piece of jewelry. I have purchased birthstone jewelry for family members at Macy's, and there is also a very wide ranging selection available online at Amazon.

Many women who are mothers or grandmothers enjoy having jewelry that contains the birthstones of their children or grandchildren. This is a charming way to let your offspring know that you are thinking of them, and carrying a symbol of their birth close to you! Family birthstone jewelry usually needs to be specially ordered, since you will be combining several different types of colored stones. However, there are many websites where you can order the desired combination.

Source for information about birthstones: bernardine.com/birthstone

A Lovely Birthstone Charm for a Mother 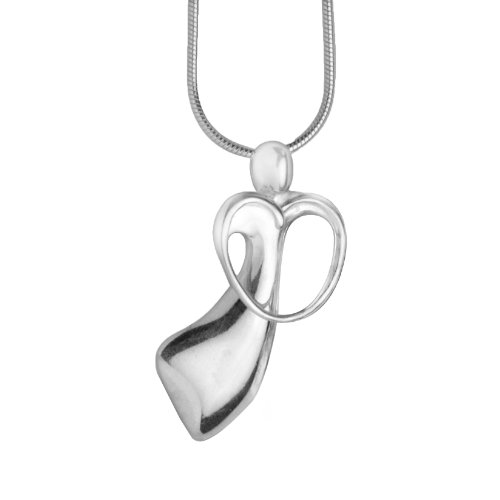 Loving Family Sterling Silver Mother's Loving Embrace Birthstone Charm Pendant Amazon Price: $39.95 Buy Now(price as of Feb 5, 2015)
Whether you are looking for a gift for your mom or your spouse, she is sure to be delighted by this lovely charm pendant.

A Special Bracelet for Your Special Grandmother 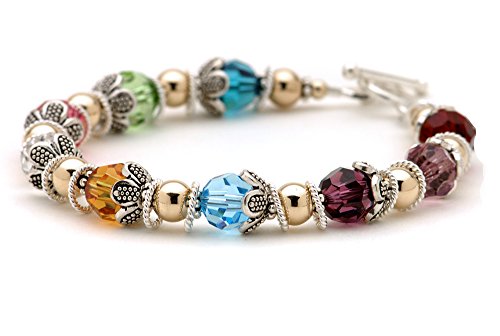 A Birthstone Heart She Will Keep Close 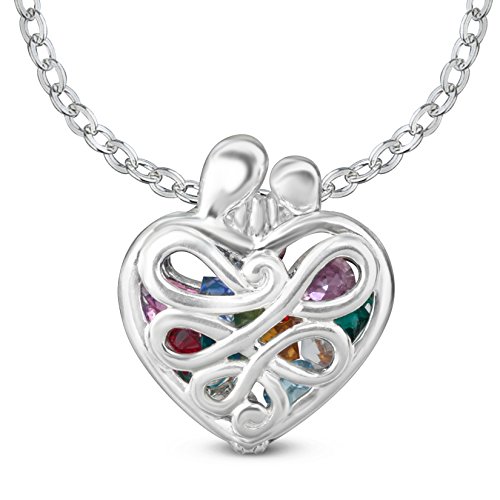