Top 3 Reasons Why the World Revolves Around the Doctor

Purposefully striding back toward the TARDIS with Rose tailing along, the Doctor laid claim to one unexpected truth: the world revolves around him. Rose scoffed at him and called him arrogant, but she couldn’t argue. There was something odd about the man, something that attracted people to him.

Seeing as this statement occurred in the first episode of Doctor Who, “Rose,” viewers can only guess at this point about why the Time Lord would make such a claim. However, guessing can come awfully close, and doing so may show more as the series progresses. Below are the top three reasons why the world revolves around the Doctor.

Interactions with Species throughout Space and Time

If someone can travel through space and time, then he would naturally have countless opportunities to interact with the various people and alien species that he encounters. Simply getting something to drink on Earth usually requires talking to a cashier. Based on this short interaction with the Doctor, the cashier’s life may be changed forever. The same would apply to any other human or alien species that the two-heart alien interacts with.

To make a point, consider Jackie Tyler and Mickey Smith. In the first episode, neither one had any significant connection to the man in the TARDIS, not like Rose did. However, seeing and speaking to him stirred thoughts and feelings. Jackie was aroused, and Mickey was jealous. These moments could have made lasting memories that would forever affect the individuals.

The Doctor Fighting the Autons

Saved Populated Planets throughout the Universe

Being himself, the Time Lord has a knack for saving people on every planet, but especially Earth. After all, that’s why he took on the name. Earth continues to circle the Sun because he continues to save it from destruction from invasive aliens. Along with saving planets, the Time Lord changes people, too. He makes them better emotionally and intellectually.

An example of the Doctor saving Earth is seen in the first episode with the ninth version of the man. The Nestene Consciousness and its Autons were bent on destroying the Earth’s population and taking over the planet. The Doctor refused to allow this. When he recognized the threat, he zeroed in on the problem and took action, even at the risk of his own safety. The Earth needs such a hero.

Jackie Tyler Trying to Entice the Strange Man in Her Apartment

The Strange Man being Unfazed

Alien Species and Robots, Friends and Foes, Know Him

Those who have watched the show since year 2005, or even since 30 years earlier, know about the Daleks and the Cybermen. These well-known enemies have known about the Doctor for decades, centuries, or more. Throughout all this time, they have tormented the Time Lord, making his travels burdensome and creating in him a heavy heart for all whom he could not save. Every alien species in the Universe recognizes the time-traveling alien, and they label him as either their savior or the bringer of death.

During the first episode, the two-heart alien met the Nestene Consciousness only for the second time throughout his nine regenerations. The invading alien didn’t live to tell the tale. However, the point remains that the creäture knew the Doctor from previous experience, from the Time War, to be exact. According to such a foe, the Time Lord only brought death.

Autons Know the Bringer of Death, Too

Does the World Revolve Around Him Alone?

Only time will tell as this article series explores the world of Doctor Who if Earth and the Universe’s other planets really do revolve around the Doctor. Episodes down the road show more about the Time Lords and their dealings with the Universe and the planets. For all the viewers know, the television show's hero is one big goofball who frolics about the Universe, only stumbling across disasters accidentally.

Learning more about viewer's favorite alien will show more about his character. His companions throughout the next few series will show how much this particular Time Lord affects those around him, let alone all the planets. Until then, interaction with people, saving planets, and aliens knowing him seem like the top three reasons why the world revolves around the Doctor.

Get the Ninth Doctor for a Friend 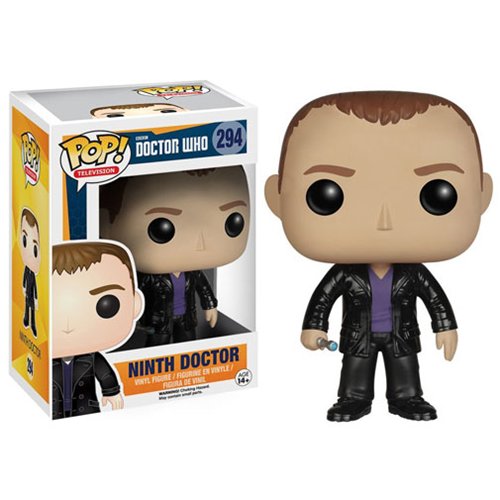