What is Unrequited Love?

Why does it makes a great song?

Love is a many splendid thing…unless it is unrequited love. Having feelings for someone who does not reciprocate them is one of the worst feelings we can experience. We yearn for the love of another, yet this person does not feel the same way towards us. It is the unkindest cut of all and one that causes both emotional, and even physical, pain.

Webster Merriam defines the word unrequited as “not shared or returned in kind.” Synonyms for this word include:

Yes, all of these words explain the pain of loving someone who does not feel the same way about you.

Unrequited love can be one of two forms.

The first is when you have feelings for someone, but the other person has absolutely no idea about how you feel. You can go around pining for this person, hoping that some day he or she will notice that you are alive and come to their senses that they love you as well.

This problem is easily solved by asking the person out or sharing how you feel. While you may not get the answer you are hoping for, it can put an end to the yearing so you can move on with your life. This leads to the other kind of unreciprocated affection.

Loving someone who knows how you feel, but does not return those same feelings, is an entirely different kind of heartache. You know for a fact that this person does not have the same passion for you because he or she has made it clear to you. It is a one sided kind of love.

Unrequited love, for all of the pain and suffering it causes, has created some pretty amazing songs. It touches people because we have all experienced this in our lives.

While this is by no means a complete list, here are my top 10 songs about unrequited love.

In the early 1980’s Rick Springfield became a household name as Dr. Noah Drake on the ABC soap opera General Hospital. He parlayed that fame to a very successful recording career.  Although he had a number of successful albums, his only #1 song was Jessie’s Girl.

In the song, written by Rick Springfield, he sings:

Yeah I know he’s been a good friend of mine.

But lately something’s changed that ain’t hard to define,

Jessie’s got himself a girl and I want to make her mine.

This song was actually based on a true story of Rick’s unrequited love for a woman whose name he does not know. He was taking an art class in Pasadena with a man named Gary and his girlfriend. Rick wanted the girl but she was not interested.

Years later, Oprah tried to track them down, but the owner of the stained glass art studio, but he had died two years prior. Another interesting fact is that he changed the name to Jessie because "Gary did to sound right."

I Love This Video!

Is She Really Going Out With Him? Joe Jackson

When we are in love with someone who does not love us back, and then we see them with someone else, it is like a stab right to the heart. How can he love her and not me? What does she see in him that she does not see in me?

Joe Jackson’s single Is She Really Going Out With Him? shares the incredulous feeling we experience when the person of our affection is sharing his or her love with someone else.

The opening line says it all…

Pretty women out walking with gorillas down my street.

This song is one that comes full circle. In the beginning, Meat Loaf sings how he wants and needs the other person, but he can never love her,  but hey- two out of three ain’t bad.

It isn’t until after the song’s bridge that listeners find out that these very words were uttered to him years earlier by the only girl that he will ever love. In this song about unrequited love is one we can see and understand both sides of the sad love story.

This Brings Me back to Junior High School

This is such a sad song. Brandy falls in love with a sailor who tells her point blank that “his life, his love and his lady is the sea.”

Before he leaves, he gives her a gift.

Even though the other sailors at the bar where she works tell her that she could steal a sailor from the sea, the only one she couldn’t haunts her day and night.  When work is over, she walks around town, hoping that he will return.

One interesting fact-the title Brandy was based on the name of Randy, who was the lead singer’s high school sweetheart.

Have You Ever Needed Someone So Bad Def Leppard

In this Def Leppard mega hit, the band slows it down and sings a song with these haunting lyrics

Have you ever needed someone so bad?

Have you ever needed someone you just couldn’t have?

While the man in the song is in a relationship, the woman is emotionally distant. A wall that she put up cannot be broken down and no matter how hard he tries, he cannot connect and get the love he wants. He sings that he loves her so hard that his world just falls apart.

I Can't Make You Love Me Bonnie Raitt

This song is probably one of the saddest songs ever written. In fact, according to an interview in Spinner UK, the song’s producer, Don Was, shared that it was an electrically charged, emotional experience to watch Bonnie sing this in the recording studio. The session had to be stopped and some lyrics changed because she sobbed as she sang them, as she had such an incredible connection to the song.

The core of this song is knowing that a love has died, at least for one person in the relationship. This is their final night together, and she wants to make the most of the time they have left. Simply poignant.

A Book to Help You Heal 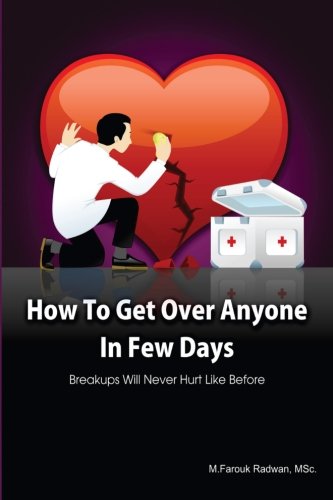 How to get over anyone in few days (Paperback): Breakups will never hurt like before (Volume 1) Amazon Price: $25.00 $18.13 Buy Now(price as of Nov 5, 2015)
Gain a sense of peace and perspective with this book on getting over your heartache and hurt.

Against All Odds (Take a Look at me Now) Phil Collins

This Phil Collins song is from the movie Against All Odds. It was an okay film about an ex-football star who is hired to find the girlfriend of a nightclub owner. She has stolen his money and he wants it back. The investigator and the woman fall in love, and melodrama ensues.

A Number 1 Hit for Phil

I Want You to Want Me Cheap Trick

I want you to want me,

I need you to need me,

I’d love you to love me,

I’m begging you to beg me.

Yep, he has it bad and she just does not care. He goes on to sing all the things he will do for her if she would just love him.

The song was written for their first album, but cut before the final release.  It was then put on Cheap Trick’s second album and played it on tour but eventually dropped it. They decided to play it while in Japan, as the fans there loved the song, and the rest is history.

This is a song that hits hard because the man in the song can never have the woman he loves back because he made a big mistake.

He sings that until the day he dies, he will always love her. It is bittersweet because he did have her love, but due to an indiscretion, he lost it.

Love the Song and the Video

Sometimes when we cannot have what we want, it pains us even more. And when you are in love with someone who is married to someone else, you cannot go around and tell people. It is wrong on so many levels.

But a little gold ring you wear on your hand,

That helps me to understand. There's another before me, you'll never be mine,

So the singer can only profess his love when he is alone at midnight.

This Song is Still Catchy

The last song on this list shares the feelings of how it feels when you love someone else, but they do not know that you even exist...you are invisible.

I reach outBut you don't even see meEven when I scream outBaby, you don't hear me

If you read through all the lyrics it does have the feel of Sting's Every Step You Take-he is tracing her every step-but it does not seem as creepy since the song is so uptempo. He is just in love and wishes that she would love him back.

I Enjoy This Song

Unrequited love is a universal human experience, which is why there are countless songs written about it and why we all can feel a connection to them.