In our country’s history, when one thinks of great American sea battles, one tends to dwell on the exploits and achievements of the United States Navy.  However, there is a historically, and symbolically, great United States warship whose fighting men weren’t only sailors.

The U.S.S. Constitution, one of America’s more legendary fighting vessels, could just as easily have been christened the U.S.S. Leatherneck because it also carried many Marines as its core combat complement.

ShipbuildingThis three-masted frigate was commissioned and built by order of the newly formed United States government in 1797.  In the currency of the day it cost in excess of $300,000 (somewhat more than $4 million in today’s money).  George Washington named it to

The vessel was the acme of design for its day.  Its combination of woods used in the hull (in particular Southern live oak, a very dense wood) and its unique hull construction (in effect, a dual-hull) made the ship resistant to cannon fire.

Action!During the War of 1812, when it defeated several British warships, it became grudgingly called “Old Ironsides” by the British, as cannonballs tended to bounce off its resilient hull.

The infant United States naval force had just been established at the time of the Constitution’s construction (Constellation and United States were also built about the same time).  Shortly after commissioning, the ship skirmished with France; its original assignment was to protect American merchant ships from French privateers.

It also served as a war vessel in the fight against the Barbary pirates.  Though the ship carried sailors, the other fighting men on board were Marines.  When enemy parties attempted to board ship, these Marines of the Constitution, facing hand-to-hand combat on deck, wrapped their throats in fitted leather collars for protection.  These collars helped deflect pike blades and sword blows to the neck from enemies fighting aboard. The nickname of “leathernecks” for Marines stems from this protective practice.

Later, it played a major role in defeating British naval forces during the War of 1812.  It also fought victoriously in Tripoli.

RetirementThe Constitution was scheduled for dismantling in 1830, but was given a reprieve after public support caused Congress to reject the idea.  The ship was later used for training purposes, and has been reconstructed several times over the years.

Today, the U.S.S. Constitution berths in Boston Harbor.  It is the oldest ship still in commission, although not serving in any active-duty capacity.  It serves as a floating museum and educational center, and sails on commemorative occasions as a symbol of national pride. It remains a steadfast testament to the ship-building skills of its creators, and to the care lavished upon it by the United States Navy. 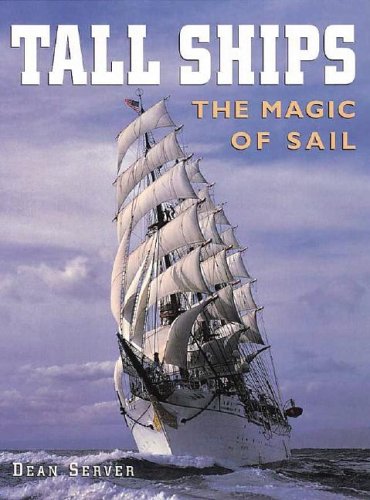 Trucker Man Amazon Price: Buy Now(price as of Dec 27, 2015)
Next >> Fashioning a Reign: 90 Years of Style from the Queen's Wardrobe - Magnificent Exhibition at Buckingham Palace