Urinetown: The Musical - A Sedos Production at London's Bridewell Theatre

Urinetown is a satirical comedy with music by Mark Hollmann and lyrics by Hollman and Greg Kotis, based on a book by Kotis.

It satirizes almost every aspect of modern society including social irresponsibility, populism, bureaucracy, greed and the legal system The show also parodies musicals such as the Threepenny Opera, The Cradle will Rock, Les Miserable and pokes fun at the Broadway musical as a form in its own right.

After debuting in 2001, at the New York International Fringe Festival, Urinetown was produced off-Broadway at the American Theatre for Actors and then on Broadway at Henry Miller’s Theatre, winning three Tony Awards.

Imagine a terrible drought - a drought so devastating that water is worth its weight in gold and all private toilets are banned. Only public toilets, regulated by the excessively greedy Urine Good Company, can be used. Citizens must pay to pee!

It’s only human nature to seek ways to circumvent these severe, not to say, expensive conditions. But get caught at your peril – pee-ers who don’t pay get sent to the infamous Urinetown where law and order is maintained by a notoriously brutal police force. The result is revolution and every revolution needs its hero... no matter how unlikely they may be.

This production demonstrates all that is good in musical theatre. With minimal set, excellent vocals, slick choreography and unwavering team work Sedos have created another outstanding show!

But shows like this don’t just happen. It takes hard work and dedication. To give us some insight into the production Director Yojiro Ichikawa and Musical Director Ryan Macaulay spoke exclusively to Infobarrel. 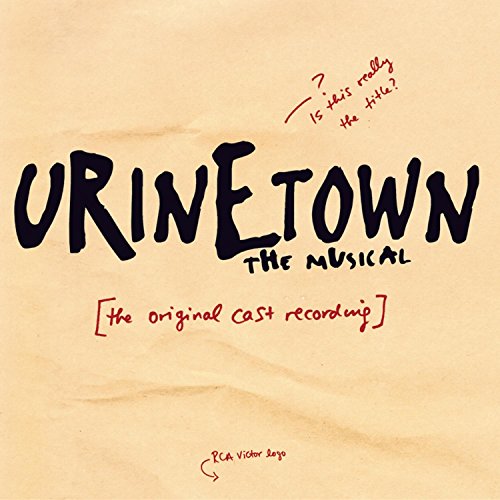 Infobarrel: Please tell us a bit about your directorial career in Japan, the USA and elsewhere.

Yojiro: I started my career in Japan and directed a number of shows there. My most recent directing project was the Japanese premiere of Tell Me On A Sunday at the National Theatre Tokyo, which won a drama award.

I was born in the US and lived in New York as part of the programme offered by the Japanese Government. During this time I participated in workshops and fellowships in various institutions such as New York Theatre Workshop and Lincoln Center Theater, during which I also directed/self-produced Ordinary Days at Access Theatre in Manhattan.

Infobarrel: You recently directed Ordinary Days for Sedos. Every show brings its own particular challenges. Can you tell us a bit about those challenges and how you plan the direction of a musical like Urinetown?â€¨

Yojiro: Ordinary Days is a four-handed show, and the visual concept of our production was minimal and abstract to make the performers stand out in the space. Therefore, the main focus was on developing the characters and deepening the acting. Also, it was a revival for me following the first production I did in NY, so another challenge for me was deciding what I could keep and enhance from the original, and what I had to get away so that we could create something unique with the new cast.

Urinetown is a full-scale musical with around 25 actors. Therefore managing the company itself was challenging. Also, we are exploring a new immersive way to stage the show, which makes the rehearsal process experimental and collaborative, which sometimes make things slow and frustrating. However, out of that struggle and effort, I believe we have managed to create an innovative production.

Even when I direct musicals, I always make it a rule to start my pre-production process by analysing the script. It is true that not all the plays are well-structured or rationally written. However, one of the most important things is what message the piece wants to tell the audience and how we who live in the modern era can connect ourselves with it. Once you find that message and connection, they will provide you with the inspirations not only for the direction but also the design, aesthetics and so on.

Infobarrel: What has inspired your direction of this show?

Yojiro: This production is based on the plan I made eight years ago. At the time, the theatre I mainly used was a black box. Therefore, I originally planned it to be an ‘amphitheatre style’ production. In the current production, we converted the plan to traverse to make the full use of the Bridewell Theatre.

The idea of using the toilet rolls came up when I was thinking about the way to express ‘peeing’ without using water. This expanded to use it as the symbol of the water in people’s bodies and the life itself.

Yojiro: No matter whether it is a musical or a drama, I always look for the high standard skill in storytelling. I believe it is deeply related to how much the actors are capable of understanding and connecting themselves to the characters and the world of the play.

Ryan: Musically the two shows are very different. Whilst Sondheim’s writing in Into the Woods is complex, it has a constant voice – it’s musically congruent from one number to the next. Urinetown differs in that it relies on pastiche of other musicals and so musically it’s incredibly diverse. There are nods to Kurt Weil, Kander & Ebb, Bernstein, Boublil & Schönberg and more. Thankfully I’m a self-confessed ‘musical theatre geek’ so I’m pretty familiar with the styles and so I hope that has helped in the rehearsal process.

Infobarrel: Were you looking for any particular skills at the auditions?

Ryan: Throughout auditions it became clear that we were looking for a cast that had different timbres in their voices. We tried to go for pure, clean sounding vocals for the UGC staff whilst looking for a more diverse array of sounds for the rebels of the story. Given that musically the show has a lot of different styles, it was important that the ensemble in particular were able to be versatile to meet the demands of the (extensive!) backing vocals in the numbers.

Infobarrel: What are the major musical challenges?

Ryan: I think some of the cast members have found singing in an accent quite tough – often going against natural singing instincts. A good example of this would be those characters that have a Yorkshire accent (thankfully I’m a Yorkshireman so that has certainly helped!). Vowel sounds are completely different to how you’d expect to sing the words ‘sun’ and ‘run’ as well as the use (or lack of!) of the ‘t’ sound. It’s been a fun challenge.

For me, personally, there are a couple of gruelling piano sections, particularly in the dance breaks in act 2. It’s certainly been a challenge trying to get those correct! 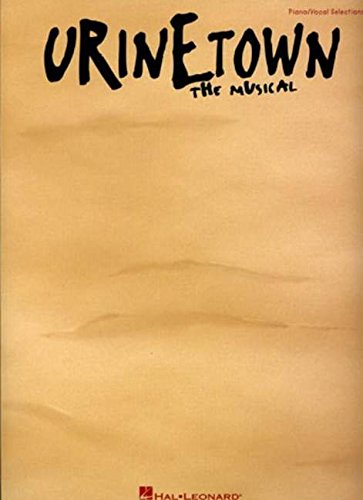 As usual, Sedos have a challenging and adventurous programme of shows lined up for 2019:

Sedos always welcome new members with or without experience. The company is renowned for nurturing the skills of all members in every aspect of theatre through a wide variety of workshops and social activities.

Further information can be found on the Sedos website. 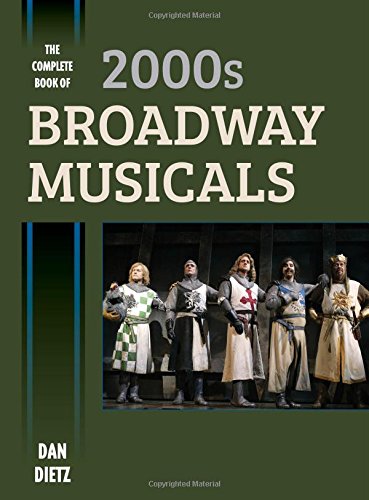 Get Directions14 Bride Ln, London EC4Y 8EE, UK
Next >> Learn to Love Classical Music. Find Out What Amazing Songs You May Have Been Missing!