What It Means To Be A CSR

What is a CSR? The technical term would be customer service representative. However, being a CSR entails much more than simply assisting customers by checking out their merchandise, taking their form of payment and giving them any cash back. One may ask, “Why is this author writing an article about being a CSR? A CSR’s job is so easy, a monkey or other simian can do it!”

While at first glance, a CSR’s job may seem easy, however, it entails much, much more than simply ringing-up customers’ merchandise. By definition, a CSR must be a cashier, a salesperson, a janitor, a cook, a receiver of stock, a person that restocks merchandise, a keen observer of a person’s age, aware of any shoplifters, an advisor, and a good listener. In one form or another, it’s not that far off from being a barkeep by listening to people’s problems and doling out advice to those who seek it.

One then may ask, “Why the bloody hell would one want to be a CSR?” Though it may be true the pay for a CSR is woefully low, especially in lieu of the abuse the CSR has to tolerate, the experience however, one gains from interacting with people is invaluable. Especially if that interaction is with a customer who is legitimately thankful for the personal and genuine attention that CSR would give to said customer. Admittedly, CSRs have to tolerate a tremendous amount of stress from both sides of the counter. First, the stress from their boss to ensure the coffee is made, the trash is taken out, the floor is swept and mopped, etc. Secondly, the stress from most customers who demand your full attention right then and there and that what they ask of you is done instantaneously, almost as if by magic. 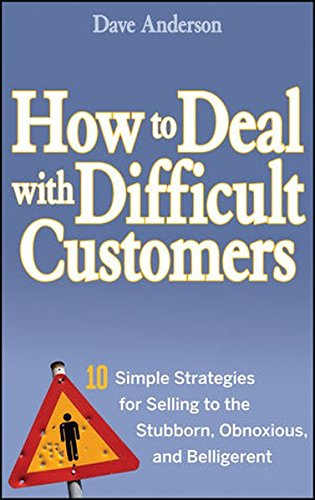 The look on his face was completely blank. No sign of remorse was portrayed on his face for having erred in his thinking I had supposedly only grabbed one pack of his precious XYZ cigarettes. Neither apology nor change in his demeanor was shown when he slammed down his money on the counter before snatching the two packages of cigarettes from my hand and stormed out of the store like the devil on a mission.

Granted, that type of behavior can really get under one’s skin, especially if you, as the CSR are right and the customer is so woefully wrong. However, company policy dictates that as a CSR one is not to argue, confront or even pursue a would-be customer that is doing something wrong in the store, even if it is illegal. The aforementioned example is just one of many bad experiences a CSR must tolerate on a daily basis.

However, there are those special times when you attend to a customer who is the sweetest, most angelic person you could ever meet. I offer another example. I have a regular customer who I will call “Larry” to protect his privacy. Now, Larry is an elderly gentleman, well into his 70s, perhaps even his early 80s. Larry comes into the store almost on a daily basis and purchases one thing only: a half pint of a very cheap brand of vodka we will call Fire Water. Mind you, Larry is slow to move and it takes all of about five minutes to ring up his order, take his money, issue his change and provide him with his receipt and the Fire Water vodka he has ordered. However, I know exactly what Larry’s order is every time he comes in the store without him having to telling me he wants a half pint of Fire Water vodka. All during the transaction with Larry, and especially afterwards, all Larry does is look at me with those wane, blue eyes which still twinkle and smiles. No words are said on his part. I always say, “Thanks for coming in today, Larry.” To which he smiles even more as he turns and shuffles out the door with his Fire Water vodka carefully obfuscated in the back pocket of his faded blue jeans.

Another of example of dealing with people that really warms the heart is when I have to translate Spanish. Mind you, I am not of Latino descent nor did I grow up speaking Spanish. However, I live in a city that is quite literally five miles from the U.S.-Mexican border. Moreover, I have lived in Brazil and speak Portuguese at home with my Brazilian wife. I know, I know… Spanish and Portuguese are two different languages. However, while in college I took two semesters of Spanish with a very good U.S. born and raised “gringa” Spanish teacher. My Spanish “profesora” Señorita “Smith” was very gifted in knowing all the proper grammar, verbs and nuances of a language which has over 400 million speakers. To her, I will be forever grateful for her expertise and what she taught me regarding the beautiful Spanish language. Again, I digress. However, I am going somewhere with this.

Many of the customers that come into the convenience store where I work are in the U.S. visiting from Sonora, Mexico. Many of these Sonoran Mexicans are naturally unfamiliar with the U.S. side of the border and are in need of assistance in either directions to a certain U.S. location within our city or are wanting to purchase something in the store but do not know where it is located within the store nor do they know the price. For some unknown reason, these wonderful Mexicans always approach me and without fail will ALWAYS ask me in Spanish ¿Donde es tal lugar? or ¿Cuanto es tal? or ¿Yo necesito direcciones para tal lugar? even though there are other CSRs manning their cash registers, these Sonorans always approach me and ask me IN SPANISH for directions, prices, about products and what have you.

I get some dirty looks from some U.S. customers or even strange looks from some of my fellow co-workers when I start responding in Spanish to these Sonoran, Mexicans. I have even had some U.S. customers ask me quite literally (and please excuse what follows, I am just repeating what some ignorant and bigoted people have said to me), “Why do you speak that gutter Spanish with those dirty #@*& Mexicans?” Interject whatever ethnic epithet you want there. The point is, U.S. persons become so offended that I, another U.S. citizen would speak Spanish to a fellow human being who is in need of assistance but can only be aided in their native tongue which happens to be a language other than English. Mind you, I am of Caucasian descent. Furthermore, not all Caucasians who frequent the store where I work are bigoted like the ones I have mentioned before. Some fellow Caucasians have even complimented me for being a polyglot and commend me for my linguistic skills. However, for reasons unbeknownst to me, these fellow human beings, these wonderful Sonoran, Mexicans always reach out to me. In stating that, I am not saying that I am someone special or that I am some Spanish messiah or what have you. I simply just welcome the chance to meet new and quite honestly, interesting people. Maybe I just exude this open mindedness, if you will. I don’t know. What I do know is that it is always a wonderful experience. 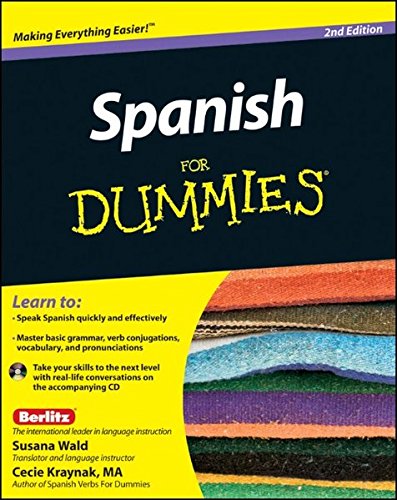 To me it only makes sense that if one lives in a location that is as ethnically and linguistically diverse as the city in which I live, why not learn Spanish? Why not learn and appreciate someone’s culture and background that is different than your own? After all, when in Rome, do as the Romans do. I do not lose my identity nor am I threatened in any way by speaking Spanish to a fellow Spanish speaker. I am still Jonathon the convenience store CSR.

In all honesty, I feel honored to be given the opportunity to speak to another person in their native language and to LEARN from them. Pardon the cliché, but my horizons are broadened by speaking with them in their native tongue; I connect, on a very human and personal level with a fellow human being when doing this.

In conclusion, this is what it means to be a CSR, a convenience store employee. Some days are good, some days are bad; whatever the day may be, I always experience something interesting and new. Moreover, please keep in mind, regardless of your background or what type of day you are having, we are all human. We all, when cut, bleed red blood. We are fellow sojourners, trying to make our way through this place called earth. We are all strangers, in a strange land. 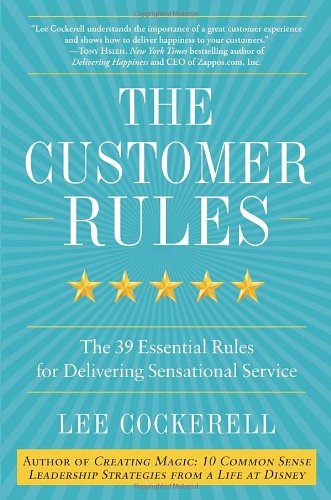