Why I Am Madly In Love With Meghan Ory

I have a special weakness for waitresses: the sexy uniform, the too-blue eyeshadow, the been-around-the-block-a-time-or-seventy world-weary attitude.  I love ’em (and I always stack my cutlery and plates in a neat pile, and I’m a good tipper).

Unlike the slags that worked the 1970s’ sitcom Alice, though, there is a howlingly hot TV waitress that made me not only want to bus my own table, but wash all her dishes, too (and maybe give her a sponge-bath afterward).

I’m talking about a finely-tuned machine, fresh from Canada (yeah, I couldn’t believe it, either).  With legs all the way up to there – long enough to wrap around you three times and still make the death-defying ankles-behind-the-ears stretch – I must shout from the mountaintops why I am madly in love with Meghan Ory.

Credit: Disney/ABC, 2011
Once Upon a Time . . . Again
Television, as a lazy wasteland, continually rehashes, recycles, and retreads old garbage for the new fetuses on the planet who don’t know any better.  [Knight Rider?  A Charlie’s Angels reboot?  You’ve got to be kidding me, right?]
Though rare, someone with a creative vision might come along capable of producing something that is not only visually appealing, but has good writing and an engaging storyline week-to-week (Firefly and American Horror Story both fall into that class).

ABC’s 2011 television calendar featured a show that started very quietly called Once Upon a Time.  It centered on the alternate realities of iconic fairy-tale characters that had been transported through time, space, and culture into our world today.  They lived in a town called Storybrooke (in Maine).

The first is that almost no one who inhabits Storybrooke knows he or she was a certain other party.

Another interesting contrivance is that none of the denizens can leave the town permanently.  Sure, maybe they can go off to Boston for a visit, but if the intent is to move away, the city stops them – freak accidents at the city limits keep people inside.

As the show progresses some of the characters learn of their alternate identities.  The Mayor (a smoldering beauty, Lana Parilla, playing dual sinister roles) learns early in the series who she was in the Other World.  Likewise, the local Rumpelstiltskin knows his point of origin, as does the school teacher (the former Snow White).

The exposition of the back-stories is elegantly presented, and the complex interweaving of the fairy-tale lives colliding with the real-time version of the characters makes for interesting drama.  And, to give an idea of where the contrivances come from, the two guys who first thought of doing the show in 2004 were writers for the surreal/fantasy series Lost (they waited until that series shut down production before starting on this new vehicle).

Once Upon a Time was a risk for many reasons.  In the first place, the motif of updating or incorporating fairy tale characters into a weekly scripted show has been done to death, usually badly.  More mature audiences may be turned off to the concept; on the other hand an adult-

Credit: Disney/ABC, 2011oriented fairy-tale drama is too complex to actively engage the brain-damaged people (otherwise known as children and tweens).  Finally, the costumes, period settings, and special effects for this program mean it has probably one of the biggest budgets of anything on the air at the moment.  If this show did not catch on, it would be an epic fail.

ABC managed to pull it off, though.  The program built an audience slowly, and in television that’s actually better than an instant hit.  [Anybody remember S.W.A.T.?  No?  Good!]

It is almost certain ABC’s tapping virtually unknown talent to star in this program was a cost-cutting measure (the only “star” is the town’s sheriff played by Jennifer Morrison, better known from her first several seasons on House as Dr. Cameron).  However, the crop of fresh faces is what makes this show . . . uh . . . fresh.  And another twist in its structure is that all the major characters driving the narrative are women, and they are all women of action.

The concept alone is on the higher end of the artistic and cerebral scale; you gotta have a brain firing on all cylinders to keep up.

The only concession made to stupidity is the unfortunate circumstance that Disney owns ABC.  That means most of the characters do not always get their more horrific original back-stories, and other characters, mostly nameless in the folk tales. A perfect example are The Seven Dwarves.  The show gave their Disney names, whereas the originals in literature were unnamed while those in a 1912 stage play were issued rhyming names like Blick, Flick, et al.  Barring that obvious corporate kowtowing to Disney, the show has been allowed to take much license with its iconic characters (as you shall see . . . ).

Finally, the town of Storybrooke itself is a star of the program and has its own somber tone.  Steveston Village (in British Columbia) is the site used for the series’

exterior Storybrooke shots.  Amusingly, when any location filming is done there, the residents have to remove or temporarily hide brightly-colored objects to keep up the sense of despair and ominous gloom over Storybrooke.

Ruby Red
Actresses come and go, and many fade away before making a serious crease in the public’s pants.
Canada, however (through its insidious, diabolical plan for world domination by subverting and controlling America’s entertainment industry), has given us some good ones: Yvonne De Carlo; Shannon Tweed; that chick who played Moose on CTV’s classic You Can’t Do That on Television; Justin Bieber . . . What? Bieber’s not a girl, you say?  Coulda fooled me.  Oh, okay, maybe just Yvonne, Shannon, and

Let’s add one to that list of Canadian cuties, shall we?  Her name is Meghan Ory, and she is bee-you-tee-full!  As with many rising stars, there is little published biographical data about her at the present.  But, I don’t need much (“Just the facts, ma’am”).

And the facts are these.  Born in Victoria, British Columbia, on August 20, 1982, this Canadian cupcake apparently always aspired to be an actress.  She is of Scottish ancestry.  She has a brother.  Oh, and she is married, as of 2008, to a Nova Scotian actor/SCUBA diver named John Reardon (b: 1975) whom she met

while working on Merlin’s Apprentice, a Hallmark Channel miniseries.

She began pursuing an acting career at the long-in-the-tooth age of 14 in 1996; she received a Fine Arts Award for Acting from the Royal Oak School that year.  She landed her first role in 1999 in a made-for-TV movie on Fox called The Darklings.  From there, Meghan modeled (the camera loves that beautifully sleek body), she featured in four big-screen movies, and acted in over 30 different television shows (mostly as a one-off), and some commercials.  She currently lives in the US, mostly in California, but divides her time between Los Angeles and New York.

Meghan Ory’s character in Once Upon a Time is the show’s most visually arresting and, perhaps, its most dangerous.  She plays the transplanted Little Red Riding Hood; in the modern world she is a waitress named Ruby.

In the earliest episodes viewers are given clues to help them guess who each character was in the other realm.  Ruby’s were a bit obvious: bright red lipstick, lives with her grandmother, drives

Credit: Disney/ABC, 2011a bright red muscle car with a wolf figurine hanging from the rearview mirror . . . we get it already, she’s Little Red Riding Hood, you don’t have to hit me over the head with a hammer.

Oh, but making her a waitress in our world, that’s not good enough for the deviants who write this show.  For those who haven’t watched it, I don’t want to do this but I must be a spoiler.  The Little Red Riding Hood you think you know from the classic tale is turned on its head here – Red is not in conflict with a wolf in the woods, she is the wolf in the woods!

Specifically, she is a werewolf.  In the fairy-tale alternate universe, Red’s eponymous riding hood is charmed, given to her by her grandmother who insisted she wear it to keep wolves away.  However, the real purpose of the charmed, hooded cape is to keep Red from wolfing out every full moon!

Whoa!!  An atavistic, almost feral hottie by day (and Meghan Ory carries a certain baser animal grace in her character of Ruby), a murderous werewolf on full-moon nights?  What’s that, o’ stirring loins?  ’Tis Meghan!  It doesn’t get any sweeter or more twisted than that – it would be as perverse as if Goldilocks (instead of being terrorized) slaughtered The Three Bears and then butchered and ate them.

Dang it!!  In May 2013, Meghan announced her lead in the new CBS series Intelligence. Crap—I ask for so little, just a leggy, hot waitress once a week (though her role in 2013’s season was greatly diminished since she was working on the pilot for Intelligence).  Oh, well, guess I'll just have to watch the new offering.  [Though all hope isn’t lost for Ruby, yet: her character was not killed off in Once Upon a Time, it just kind of disappeared.  And with Intelligence lasting only one season, canceled in May 2014, she was brought back into the wolf-fold once again for season 4!]

Once Upon a Time was certainly not the first time Meghan Ory appeared on television; it does seem it was her break-out role, though, the one that got her some major (and deserved) attention.

For me, though, her gig as Ruby (hot waitress) was sublimely perfect, a true gem.  Beautiful grey-to-hazel eyes, 5’8” tall, long and lean, sumptuous thighs, gorgeous rich chestnut hair, a knowing smirk.  Mmmmm . . . now that’s why I am madly in love with Meghan Ory.  [And I’d give her a nice tip.]

Quick montage of Meghan as Ruby (she's so hot!) 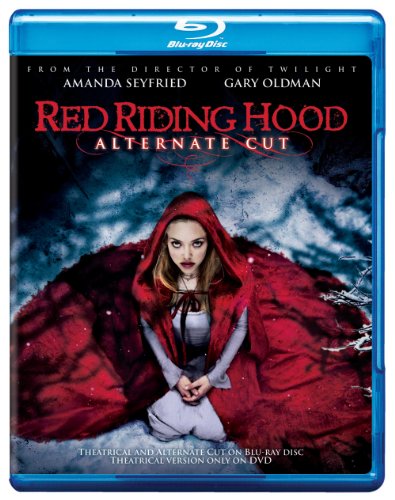