Why I Stopped Wearing My Wedding Ring

I was never into wearing jewelry. Growing up my sister had, what we referred to as a “Mr. T starter kit”, several gold necklaces, bracelets, earrings and rings. She loved her jewelry, would regularly clean it and lay it out perfectly every night as she slept. My parents would always surprise us with one last gift on Christmas Day, meant to be the cherry on the top of the sundae, it was always a piece of jewelry and I was always disappointed. I would undoubtedly lose or break the bracelet or ring my parents picked for me by Valentine’s Day. Once I became a teenager I built up the courage to pull my mother aside after the Christmas Day grand finale and profess my disdain for jewelry. It was not a request for a different type of finale gift, I was merely asking to be left out of the finale all together. My mother, always understanding and happy to save, was completely fine with my request and going forward I received perfume as my finale gift.

Fast-forward a little over a decade and here I was deciding what kind of wedding ring I wanted. I was actively involved in my wedding ring selection, I did not have a traditional engagement or wedding. I quickly decided that in an effort to display my non-traditional take on marriage, I wanted a nontraditional wedding ring. To make sure there was some surprise, I only chose that I wanted a black diamond and allowed my then fiancé (again, it was completely un-traditional, we decided we were getting married before rings were purchased) to design the ring in whichever way he wanted. The end result was absolutely beautiful, I loved it and never wanted to take it off.

I met my husband when we were seven years old, we grew up in a small city and became very close friends while in college. By the time we decided to get married we were best friends with huge life goals fueled by our endless ambition. We wanted to become entrepreneurs and live wherever we wanted. We quit our jobs and worked together full time brainstorming ideas to build and launch internet businesses. We did not party at all or have close relationships with any of our friends, we were dedicated to creating the lifestyle we wanted. Obviously this made us unlike many of our family and friends. We were not interested in working 9-5 jobs and enjoying our weekends as they did. We were not away from each other for 40+ hours a week at a job we hated. Our marriages were nothing like theirs, yet they found a similarity in an accessory we all seemed to wear. At family functions and brunches with friends I would repeatedly be asked the annoying question that’s not really a question, “Let me see the ring”! It was so stupid to me. The ring in no way represented my marriage and all that we were building together. It did not have the effect I desired with a black diamond, showing our uniqueness or setting us apart from others. Instead, after seeing my ring the girl, without any provocation, would extend her arm as straight and aggressive as possible, putting her ring as close to my face as she could manage. Then I would have to search my brain for an acceptable reaction. My go to was, “Wow. Now, that’s something”, which was my way of being cynical in a moment when I knew my words meant nothing. The owner of the ring in my face was not interested in what I had to say or what I thought of her ring, she was interested in aligning us as like people. But we weren’t. I was not like her and she was not like me. Her marriage and life were not like mine but because we both wore rings on our left ring finger she thought different. That made me incredibly uncomfortable.

Then there were the strangers that would stare at my ring. The people that would look at me with disdain in the thrift store as I looked through the discount racks with this two-carat ring on my finger. Initially I started turning it around so that it didn’t draw as much attention, I embarrass too easily for added attention. Then, after discussing it with my husband, I decided that if the ring made me uncomfortable I didn’t have to wear it. The feeling I felt at brunches was true, the ring was not a representation of my marriage, it was just a ring. A piece of jewelry that we decided to get, simply because it was the traditional thing to do. But I did not have a traditional marriage and I was not a traditional wife. So the ring, as beautiful as it is, does not fit my lifestyle. And that is why I stopped wearing my wedding ring. 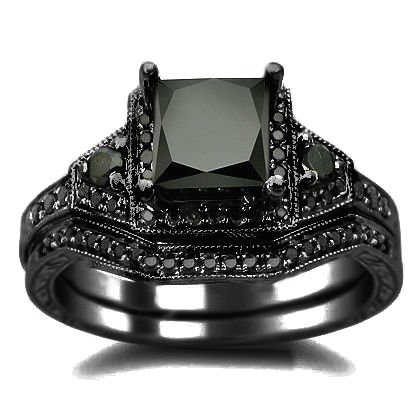