Moctezuma Thought Cortes To Be The Returning God, Quetzalcoatl

Moctezuma rejected the advice of his priests and other Aztecs to receive Cortes as friend instead of foe, due solely in part because of the signs he perceived were signs of Quetzalcoatl’s return. Moctezuma believed and ancient prophesies stated that Quetzalcoatl, a white-skinned man with a beard, who was also considered a Toltec god, would make a return in the year Ce Acatl. Coincidentally 1519 was the year Ce Acatl and the Spanish were white-skinned with beards. There were a heap of other coincidences, such as the waters of Lake Texcoco had suddenly boiled up flooding the island of Tenochtitlan. An unexplainable fire had destroyed the towers on the temple of Huitzilopochtli. Strange sounds of crying and wailing in the night had repeatedly been reported throughout the city. People had reported seeing comets streaking through the nights sky. Pillars of fire had appeared to the East every night for an entire year. To Moctezuma, these were all signs of Quetzalcoatl’s return. With all these coincidences combined Moctezuma decided he would be cordial with Cortes and not militant.

The material item that the Spanish desired above all else was the same thing all explorers of the time wanted to finding, gold! The Spanish adventurers were really trying to find gold, but also had in the back of their minds the “Lost City of Gold”, El Dorado. It wasn’t until two decades later that an expedition dispatched to find the Lost City of gold, lead by Gonzalo Pizzaro to no avail. The Spanish governor of Cuba, Diego Velazquez, had sent explorers and adventurers to what is now Mexico and all throughout the gulf coast. Velazquez decided to commission Cortes to lead a new expedition westward, but had changed his mind at the last-minute due to extraordinary costs. Cortes, excited by this venture, quickly set sail before the total cancellation of his expedition could occur. The expedition had made landfall off the coast of the Yucatán peninsula, on the island of Cozumel. Cortes wasted no time and founded a settlement on the coast. He had called the settlement Villa Rica de la Vera Cruz, in reference to the fleet's arrival on the Catholic holiday, Good Friday. 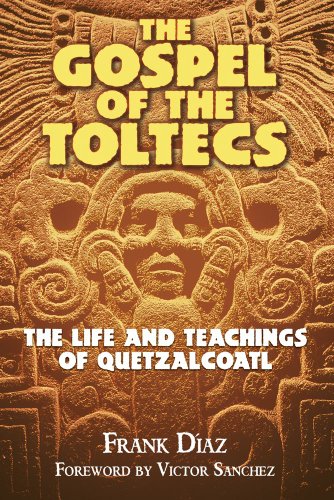 The Gospel of the Toltecs: The Life and Teachings of QuetzalcoatlAmazon Price: $16.00 $8.43 Buy Now(price as of Apr 30, 2014)
Quetzalcoatl (b. 947 C.E.), also known as the Feathered Serpent, is an important historical and mythical figure in the study of Mesoamerican culture as well as the inspiration for various literary works, notably D.H. Lawrence's The Plumed Serpent. More recently, he has acquired a large following among New Age spiritual seekers. This volume is presented as a translation of the life and teachings of Quetzalcoatl. But Diaz (Quetzalcoatl's Avatars), described by the publisher as "an anthropological investigator," provides no introduction or other background information describing the organization of the work, his purpose in writing it, or his own research methods. The text is presented completely without context, and the bibliographic references are incomplete.

Cortes then tried to buy off the effects of his desertion by sending trusted envoys back to Spain to deliver letters and the Aztec treasures he had received from Moctezuma to his monarch, Carlos V. The Cuban Governor Velazquez had received word that Cortes had stripped the rest of his fleet; Velasquez considered this an act of rebellion. News spread to Cortes that Spanish troops, sent by Velazquez, had arrived to place Cortes under arrest. Cortes left a garrison in charge in the Aztec capital and marched Eastward to face the Spanish sent to arrest him. Cortes defeated the army bent on imprisoning him in battle of Cempoala. This is a long and arduous story, but the point is the importance of gold to the Spanish and ultimate glory for Cortes. This was the material desired above all else and this band of adventurers would go to the ends of the Earth to find it even if it meant possible execution. 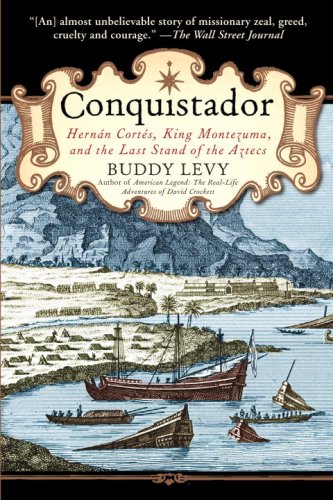 Conquistador: Hernan Cortes, King Montezuma, and the Last Stand of the AztecsAmazon Price: $18.00 $9.51 Buy Now(price as of Apr 30, 2014)
The saga of CortÃ©s, Montezuma, and the Spanish conquest of the Aztec Empire has been chronicled repeatedly, and with justification, since it is one of the seminal events in world history. There is probably no new information on the conquest left to uncover, but it is a thrilling, moving, and tragic story well worth retelling. Levy is not a professional historian, but he is a fine writer who knows the material, and he is wise enough to allow the pure excitement and drama of the story to unfold naturally. At the center of the tale, of course, are the two protagonists. CortÃ©s is viewed as an intriguing combination of ruthless ambition, religious piety, and surprising tenderness. Montezuma, also deeply religious, was less a man of action than CortÃ©s, and his contemplative nature probably sealed his doom. As Levy illustrates, this was also an earthshaking clash of civilizations that is still working itself out five centuries later. 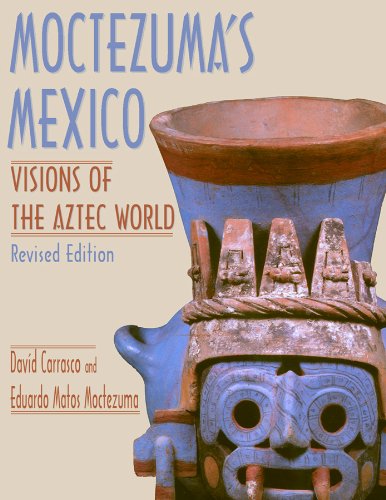 Moctezuma's Mexico: Visions of the Aztec World, Revised EditionAmazon Price: $35.95 $25.49 Buy Now(price as of Apr 30, 2014)
Updated with a new chapter by DavÃ­d Carrasco describing how the Aztec world has been re-imagined by modern Mexican American communities and Chicano scholars, Moctezuma's Mexico is a lavishly illustrated volume that provides an in-depth historical profile of the Aztec empire on the eve of its fateful encounter with the Europeans. Beginning with an exploration of Aztec history and cosmovision, the authors and two other prominent scholars-Anthony Aveni and Elizabeth Hill Boone-examine Aztec ceremonies, astronomy, myths, rhetoric, and moral philosophy, as well as controversies in recent Aztec scholarship using poetry, sculpture, painting, and the archaeological record. With nearly 150 full-color illustrations, Moctezuma's Mexico is an important and handsome book that will appeal to scholars and students of Mexico's indigenous past.
Next >> 10 of the Most Bizarre and Horrific Torture Techniques From History