Why Rose Chose the Doctor Over Her Boyfriend

In the ending scene to the episode “Rose” in Doctor Who, Rose looked at her boyfriend and thanked him. When Mickey questioned what the gratitude was for, she said one heartless word, “Exactly.”

Even the writers behind this worldwide famous television show recognize the importance in relationships. From what screenwriter and producer Russel T. Davies wrote in the first episode, viewers can find what Rose Tyler valued in an intimate relationship. Below are several likely reasons why Rose chose the Doctor over her boyfriend.

When the Doctor catches Rose after she saves him from the Nestene Consciousness.

Though an Alien, He Uses His Intelligence

Mickey had the tendency to push Rose in ways that proved his immaturity. For example, he wanted to go to the pub and watch the football game after her long and stressful night. When the couple went to his place, he warned her not to look at his emails. Instead of sweating the small stuff, the Doctor complimented Rose on her intelligence, even on their first conversation in the soon-to-be-blown-up building’s elevator.

Mature men can name real threats. Though meeting with a stranger whom Rose met online did contain some danger, Mickey overreacted and made himself seem foolish. The Doctor, however, appeared calm even when faced with the Nestene Consciousness and its Autons. Albeit an alien from another world, the Doctor proved able to think more clearly.

Plays a Hero to More than One Person

Underground with the Nestene Consciousness, Mickey was useless. He tried to warn Rose and the Doctor of the danger, but when Rose freed him from his chains, all he could think about was saving her and him. He even openly said to leave the Doctor behind, knowing death was imminent. He acted like a coward.

In the same situation, the Doctor proved his wish to save Rose, Mickey, and the world. He cared more than appearing like a hero to the people whom he cared about. Filled with compassion for the world in danger, he confronted the Nestene Consciousness and almost died in the process. His love showed stronger than his love for self. 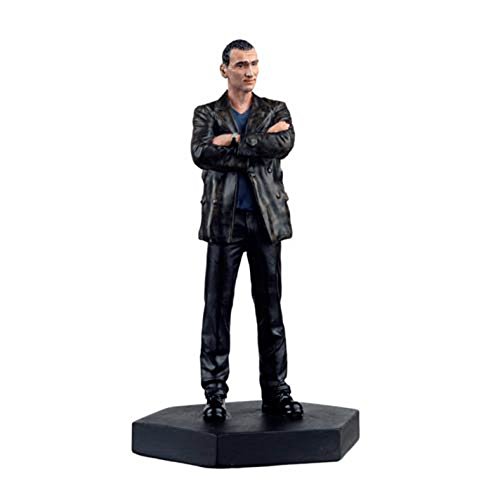 In a relationship with Mickey, the woman had to wear the pants. Rose provided him with encouragement and bravery, thought more logically, and made the tough decisions. When Mickey would have run away from danger, Rose was the one who took charge and saved everyone. Though the weaker sex, she was able to better support herself and her loved ones.

In a day and age when women love to prove they are capable of anything, the Doctor still appears desirable when he takes charge. After Rose's world went upside down, he stepped in and handled the situation. He understood the problem, knew how to solve it, accepted help from Rose, and ended up saving the world.

Shows Bravery and an Adventurous Spirit

Staying with Mickey would be far safer for Rose. She would find another job, continue to pay rent, and enjoy down time with her loved ones. Going with the Doctor would prove dangerous. Rose couldn’t predict what would happen to her in the great unknown. Nevertheless, she loved the Doctor’s brave and adventurous spirit.

Some women like dangerous men. The Doctor is dangerous, though none of his friends will admit to it. Rose had to decide between a comfortable life and an exciting one. Her choice was clear when she ran toward the Doctor and his TARDIS in the last scene.

The Doctor when he invites Rose to join him on his travels.

What Girls Can Learn from Rose and Her Boyfriends

When presented with the choice, Rose chose the mature man, even though he belonged to another world. The Doctor was able to save those in trouble, and he even made the time to compliment the humble humans whom he was saving. Above all the characteristics listed above, the Doctor had compassion. Combine this admirable trait with bravery and adventure, and Rose had found her perfect match.

Davies did a wonderful job in showing why Rose chose the Doctor over Mickey. Any thinking girl, with bravery, compassion, and an adventurous spirit, would have chosen likewise. Watching through the first two series again will show what an excellent choice Rose made.