3 Reasons Why the Byzantine Empire Fell

The Byzantine Empire essentially was a continuation of the eastern portion of the Roman Empire.  Its capital Constantiple was founded by the Roman emperor Constantine the Great in 324 AD.  Throughout its existence after the Western Roman Empire fell, the borders of Byzantine grew and shrunk until 1453 when the Ottoman Turks struck its final blow by defeating the Byzantine forces and conquering its city.

To more than millennia is no small feat for any empire in history.  In its history, it had to face off against the Goths, Persians, Arabs, Turks, Slaves, Bulgars, Vikings, and at one point from the Crusaders.  But the Byzantine Empire did eventually fall.

In the 7th century (around the time when the theme system was created), there were 4 themes.  By the 10th century, it was subdivided into 29, and then by the 11th century, there were 38 themes.

The theme system began to weaken when solders began to have the option of forgoing military service by paying a tax.  Also, emperor Nikephoras II Phokas also gave more emphasis on the permanent armies (Tagmata) and so part time soldiers under the theme system began to decline.  Although the permanent armies were used more of offensive, the more defensive units under the theme were neglected over time.

Also, a majority of the troops under the theme system came from what is now modern eastern and central Turkey.  When this part was conquered in 1071 by the Seljuk Turks, the Byzantine Empire lost a huge source of its future troops.

Initially, the empire had a strong economy.  The state controlled both the internal and international trades, and its issuing of coinage.

But through wars, invasions, and the loss of lands, the Byzantine’s economic leverage began to wane. At the time, grain and silk were the most important commodities and when Egypt and Syria were invaded, this disrupted Byzantium’s trade network.

While Byzantine’s economic influence declined (as territories were lost) Italian economic influence expanded across the Mediterranean and Black Sea.  A number of Italian traders were able to gain favorable trading conditions at the expense of the empire.

From 1204 onwards, the state had also begun losing influence of its coinage.  Prior to 1204, the Byzantine currency was used widely and enjoyed monopoly status but by the early 13th century, other national coins from Bulgaria, Venetian coins, and Serbia began entering Byzantine’s monetary circulation.

The civil wars in the state also created lasting scars to the empire.  During the 13th and 14th century when the Byzantine Empire needed a unified state to defend its borders, the empire was embroiled in a civil war.  Two of the most notable wars were in 1321 and 1341 and it left the empire so ravaged that it would never regain its former glory.

The war in 1321 was a war between Emperor Andronikos I and his grandson Andronikos III.  Both vied for power and were only concluded when both became co-emperors, and then eventually Androniko III was dethroned.  The effects of this war allowed the Turks to make inroads into Anatolia.  Before the war finally concluded in 1328, it had already exhausted the economy and consequently, the value of money dropped.

The civil war in 1341 was a war that pitted the Byzantine classes against itself.  When Andronikos III passed away, four camps came to the forefront for emperorship: John VI Kantakouzenos (Andronikos III’s chief minister), Empress-Dowager Anna of Savoy, Patriarch of Constantinople John XIV Kalekas, and Alexios Apokaukos.  This war was to last for 6 years.  Although eventually, John VI Kantakouzenos would emerge the victor in 1347, he would give up the throne in 1354 and retire to a monastery.

To some historians, the after effects of the second civil war marked an important but sad turning point for Byzantine’s history.  It was clear that by this time, Byanztine relied very heaviliy on foreign troops and at times these foreign soldier would further their own agenda at the expense of Byzantium.  Trade at this point had also ceased and the collection of tax was made difficult because of the Black Death.  More importantly, the war also bankrupted the imperial treasury heavily since loans were taken out to finance the war against each other.

In its time, the Byzantine Empire was known as the Roman Empire, and its people identified themselves as Romans.  In following that thought, the entire Roman Empire lasted for almost 1500 years.

Byzantine art, science, and culture also lingered on after Constantiple fell as waves and waves of Byzantine scholars and citizens emigrated out of the empire to neighboring Italian states.  This gave rise to Renaissance humanism.

Although a lot of the former Byzantine territories were conquered, many of its Byzantine culture and language remained under its new rulers.  Even when Constantinople fell, the Ottoman Turks quickly ordered the walls be repaired and the damages fixed.

Although the Byzantine Empire is now gone, its spirit and language is never truly lost. 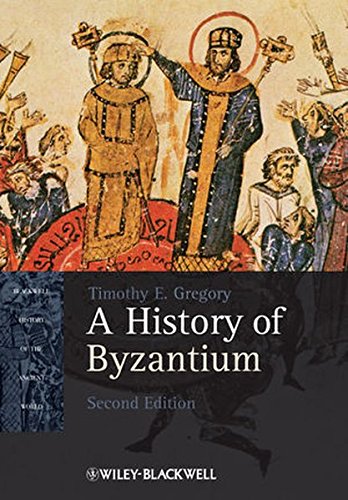