Frances Spiegel has many years experience as an amateur performer.   She is well-known to many of London's amateur companies, either participating in, or reviewing their productions. Frances Spiegel also writes travel articles exploring Europe and Canada, and is the author of Ride the Rocket - Toronto Enabled, a humorous autobiographical guide to Toronto. I write for many sites but Infobarrel is the best. If you'd like to join me sign up here.
InfoBarrel is a writing platform for non-fiction, reference-based, informative content. Opinions expressed by InfoBarrel writers are their own.
InfoBarrel > Entertainment > Hobbies

Sedos, London’s premiere amateur theatre company, presents You Can’t Take it With You at the Bridewell Theatre from 10th-14th April 2018.

Sedos continues to go from strength to strength. During 2017 the company received the prestigious NODA District 1 Flame Award for their outstanding production of Candide while Such Stuff as Dreams are Made On received the NODA Innovation Award.

In addition, two other productions were marked out as best theatre of 2017! Little Women was named Best Amateur Production by Musical Theatre Musings and Terry Eastham, of LondonTheatre1.com selected Priscilla Queen of the Desert as his top pick of 2017.

You Can't Take it With You

This hilarious American romantic comedy, by Moss Hart and George S. Kaufman, received the 1937 Pulitzer Prize for Drama. It was made into an Academy award-winning film directed by Frank Capra and starring Jean Arthur, Lionel Barrymore, James Stewart and Edward Arnold.

A Celebration of Individuality and Non-Conformity

What happens when their daughter’s fiancé brings his somewhat straight-laced parents to dinner on the wrong night?

Infobarrel: What inspired you to direct this production? Nick Mouton: After directing some heavy dramas for Sedos, such as The Devils and Whose Life is it Anyway, I thought I’d make a change and direct a comedy. I really like the American comedies of the 1930s, such as Heaven Can Wait and Arsenic and Old Lace because the writing is sharp, pacey and still funny today after 80 years.  I chose You Can’t Take it With You because I really like the story and the morals behind it, and also because it hits two important criteria for amateur theatre – a big cast and good female characters.

Infobarrel: I saw the Sedos production of The Devils in March 2015. You Can’t Take it With You is such a very different type of play so how does your approach differ?  Nick Mouton: As it’s a comedy I’ve made sure that the rehearsal process has been light-hearted and fun. In order to get in the right mood for a comedy you need to have left your working day behind and approach the play with a clear and adventurous mind. Ensemble work has been a strong part of the process as the actors need to portray a close-knit family, so we’ve done a number of group activities, including all of the actors helping each other develop their characters.  A big advantage that we have with this play is that the period that the play is set in has been well documented, so getting the cast to understand what 1938 New York City was like has been easier than with The Devils which was set in 1634 Loudun, France.

Infobarrel: What skills were you looking for at the auditions? Nick Mouton: As it’s an American comedy, being able to do an American accent was important. As was comic timing, how they perform with others and stage presence. All of the characters have to stand out from the crowd so it’s not a play for wallflowers.

Nick Mouton: This isn’t a slapstick comedy where laughs are created by physical commedia dell’arte style movement and performances. The laughs come from the writing. It’s been a lot of fun exploring Moss Hart and George S Kaufman’s words with the cast and working with them to find the character that best suits the story.

Sedos has never been, and never will be, just another ‘amateur’ company! Their work stands out dramatically (Oops! There’s a pun.) in so many ways. They achieve the highest possible standards on stage whilst nurturing the skills of their very talented team of players, directors, set and costume designers.

Another outstanding performance! As in all comedies timing and teamwork are the vital ingredients and Sedos are experts at timing. They successfully maintain their American accents throughout and their attention to detail, particularly to costumes and set design, is excellent.

The team has acquired a good understanding of what life was like in 1930s New York City and this shows in their keen presentation. Their fast-paced energetic action fills every second so there’s no going to sleep for this audience! 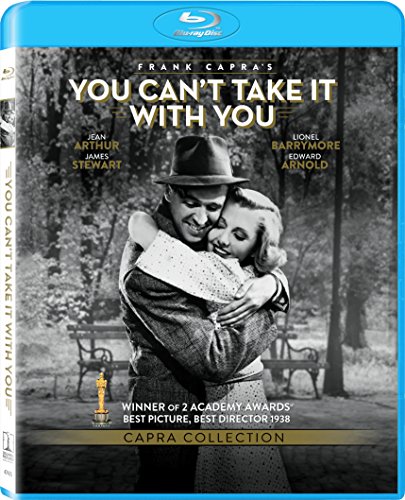 Forthcoming productions for the remainder of the 2018 season include the musical Pippin from 9th to 19th May. This will be followed by the thriller Earthquakes in London from 10th to 14th July, the musical farce Lucky Stiff from 18th to 22nd September and Our Country’s Good from 23rd to 27th October. The year will end with the satirical musical Urinetown from 21st November to 1st December 2018.

Get Directions14 Bride Ln, London EC4Y 8EQ, UK
Next >> How to Become a Certified Skydiver