Montauk, New York is not only part of a popular relaxation spot for the rich and famous but it is also an area that has been involved in many a mystery. This includes the Montauk Project, in which the government was believed to have been tampering with the idea of time travel. The most recent mystery at Montauk is that of the Montauk Monster.

On July 12 2008 on Ditch Plaines beach near Montauk a bloated, hairless creature washed ashore. The creature had a small beak with several sharp teeth and a thin rat-like tail. When people discovered it, they quarreled about what it was. Some thought it was a sea turtle without the shell, others believed it to be some sort of mutant that had washed ashore from the nearby Plum Island Animal Disease Center.

Regardless of what it was, stories about the mysterious Montauk Monster began to circulate in local papers. The photo of the monster went viral and made its appearance in many a paranormal web blog. 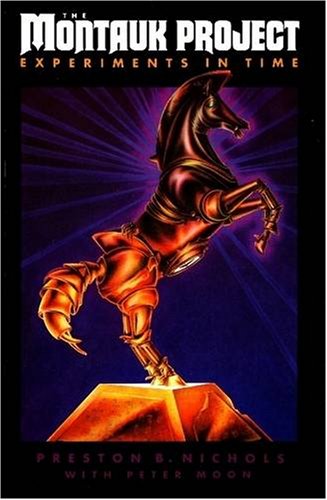 When the press went to actually find the body, the people who had found it refused to give it's location. Well, not so much that they refused to tell, they stated that someone had taken the body and put it in the woods of their backyard. Still today, no one had found the body of the creature in general. All skeptics and experts have to go on is the singular photo that had been circulated around the internet.

Animals It Could Be

Sea Turtle At first many though it was some kind of sea turtle that had lost its shell. However, while the beak may suggest a turtle, turtles do not have long sharp teeth.

Rodent Others suggest it is a large rodent. Perhaps out there really are large rats that have thus far only made appearances in every dungeon crawler video games ever. Rodents, however, have long curved incisors in the front of their mouth. As the picture suggests, it only has them on the bottom jaw. Though the picture is at an odd angle. Many have put forth that it was a Capybara because of the shape of it's body. That was quickly debunked, considering the Capybara has no tail.

Dog or Coyote William Wise, director of Stony Brook University's Living Marine Resources Institute, believes that because of the shape of its body believes it to be some kind of dog or coyote that was diseased and was out at sea for awhile. However, some have argued of the size of the animal. Some say it was the size of the dog, others say is was no bigger than the average cat.

Raccoon This is the most popular belief. Many believe the Montauk Monster story to be debunked saying that it was in fact a raccoon because of the shape of its skull is similar. However, while a raccoons skull ends in a bit of a stub nose, it has long incisors like a rodent and front teeth. Nothing about its top jaw is beak-like in any way. Though, again, it does appear that the top jaw is obscured by sand. Skeptics also say that the limbs are far too elongated to be a raccoon, but decomposition can cause limbs to lengthen.

Larry Penny, East Hampton's director of natural resources, states that old raccoons often wonder into the marshes to die and it is likely that this animal got washed away by high tide and bloated away it's fur in the sea water.

There have been several other incidents of mysterious creatures washing up. Not in Montauk, but the first is in Panama.

This alien creature certainly is strange looking. It washed up in Panama around September in 2009. It was deemed the Panama Creature and was set up to be the next Montauk monster. The story goes that some teenagers saw it crawling around and beat it to death with a stick. Since, unlike the Montauk Monster, the remains were left on the beach experts were able to do an autopsy.

The autopsy revealed that it was a sloth who had shed its hair in the ocean and started to bloat there. This analysis was not quite as farfetched as the Montauk Monster has you can see trademark sloth claws on its hand.

In May 2011, another odd looking creature washed up in Northville, New York. The student that discovered it said that it resembled the Montauk Monster in many ways, however this one was never identified and no autopsy was performed. After the student reported it, the corpse was seemingly washed away.

In July 2012, yet another odd creature washed up. This time in East River under the Brooklyn Bridge in New York City. Comparisons were drawn between this monster and the Montauk Monster, however park officials deemed it to be a bloated pig.

Because of the lack of a body, people still argue about the Montauk Monster today. They believe that it was some kind of new species or at least a mutated one.

There are a certain sect of people, however, that believe the whole thing was a hoax. They believe that it was a monster made out of latex to look similar to some animals, yet distinctly different. They believe the man who took the corpse was the creator just trying to stir up some news. This has a lick of probability as everyone else who was at the monsters corpse new a few other people there, however no one seemed to know the man that took the body.

Montauk is a popular vacation spot for the rich that want to get away from the pace of New York City and rich people, like anyone else, get bored. Rich people who are bored have a lot more resources to work with than us peons, so it would be easy to stir up a hoax if the mood struck.

It is really up to what you want to believe. Most believe it was a raccoon, some like to believe it is something paranormal (not alien, just not normal), and some think this is just some silly hoax.

What do you believe?